Perspective is molded, calcified, melted, and reshaped by time. It’s fluid and ever-changing. Today, Christopher Nolan is the closest cinematic counterpart we have to Steven Spielberg for this generation. Not only because both are critically acclaimed and technically proficient, but also because they are universally agreed upon as dependably excellent filmmakers. Their unifying talent is a rarity, especially in the social media age in which dissenting opinions have become cultural currency. Yet both have needed time to escape, or at least quiet, the perceived flaws of their work. Perhaps unsurprisingly, they each accomplished this by returning to a similar moment in time.

Both 1993’s Schindler’s List and 2017’s Dunkirk are World War II period pieces that represent the maturation of their respective filmmakers—at least in terms of gatekeeping public perception. They take place in a rigidly structured and specific moment in time while tackling the severest of subject matter from vastly different perspectives. Seen as the logical progression of the mainstream success both directors have enjoyed, the films seemed to cement Spielberg and Nolan’s elevated place in the dynamic hierarchy of cinema.

Spielberg, who invented the summer blockbuster with Jaws and pioneered modern populist movie-making, was often forced to chase the approval of upturned-nosed critics who refused to attach any significance to sentiment throughout the 20th century. The E.T. and Close Encounters creator feeds off emotionality, a quality that makes his blockbusters universally successful, but not always embraced by the insular old guard of Hollywood. Childlike awe, wonder and nostalgia aren’t always beloved tools of the incumbent theatrical powers.

Even his early attempts at focusing on more mature subject matter could be met with harsh indictments. Empire of the Sun (1987), a fine film to most that also occupied treacherous territory of WWII, was described by the immortal Gene Siskel as “derivative melodrama.” He accused Spielberg of “hedging his bets by ripping off his previous adventure films to lighten a story that cries out not to be turned into a comic book.” Ouch. Spielberg’s three films before Schindler’s List—Indiana Jones and the Last Crusade, Hook, and Jurassic Park—were all big-budget adventure tales. The holocaust drama, which returned to a real life moment in time rather than a swashbuckling fictitious point, was a stark deviation in content and execution.

Conversely, Nolan has often been accused of being a cold and detached storyteller. Detractors argue he is more interested in blockbuster spectacle and multi-layered mystery boxes than what some perceive to be the rightful linchpin of elevated cinema. (To be clear, there is no “right” way to make movies.) His three films prior to Dunkirk were Interstellar, The Dark Knight Rises and Inception—three of his most commercially successful movies. In a backhanded compliment, The Atlantic‘s Christopher Orr wrote “Interstellar may be a preposterous epic, but it is an epic nonetheless.” Both celebrated and derided for the scope of his vision, having his cake and eating it too seemed to be beyond the grasp of Nolan.

It’s no coincidence that Spielberg won his first Academy Award for Best Director with Schindler’s List while Nolan earned his first-ever nomination in the vaunted category for Dunkirk. Right or wrong, this shift away from crowd-pleasing entertainment toward stories grounded in real life trauma, tragedy, and heroic history provided a new critical lens with which to view the pair. For better and for worse, Oscars reciprocity is viewed as industry validation, and these two had finally broken through. In reaching back to the past, both directors altered the ongoing cultural conversations surrounding them. Again, perspective is shaped by time.

There exists a pop culture fascination with World War II. We are shaped by it; an entire generation is a response to it. We keep coming back to it (we’re just one month removed from Greyhound, the latest of several WWII projects involving Tom Hanks). As a Jewish filmmaker, Spielberg had a personal connection to Schindler’s List. And as a British filmmaker, Nolan also likely felt very connected to the real-life tale of Dunkirk and its history. Both directors manage to capture the public consciousness with every film not just as auteurs of the blockbuster, but as steady providers of highly anticipated communal viewing events. It’s interesting that they both returned to this very specific period where they each felt like they could express themselves very differently.

Delivered in black and white, Schindler’s List marks a change in Spielberg’s tendencies. In lieu of a unifying emotion, the director deploys a cascading collection of detail to recreate the Holocaust in documentary-like fashion. The result is a crushing story that traverses the entirety of the human spirit. If there is sentiment to be found, it is grief—deep and generational.

Dunkirk is a very subjective film. It thrusts the audience into the momentary lives of these characters in a wholly unexpected manner that is, arguably, not always satisfying for fans who prefer a more traditional narrative. The fragmented chapters and ticking clock continue Nolan’s use of gimmickry. But Dunkirk is crucially stripped bare of any flourish or fun Nolan might have otherwise peppered in (a good thing). Unlike the cheeky moments of levity sprinkled throughout The Dark Knight trilogy, the comedic energy brought by Tom Hardy in Inception, or the voluminous awe of Interstellar, Dunkirk is defined by its savagery, brutality and anxiety. It is a masterstroke in visual and atmospheric storytelling. A physical experience unlike Nolan’s previous descents into madness.

Two films. One war. Entirely different styles and perspectives. Yet the results for both are similar. Time is unique in that it can unite us even when we are interacting with different elements of the same period. For Spielberg and Nolan, this idea proved to be a key stepping stone in both of their respective careers. 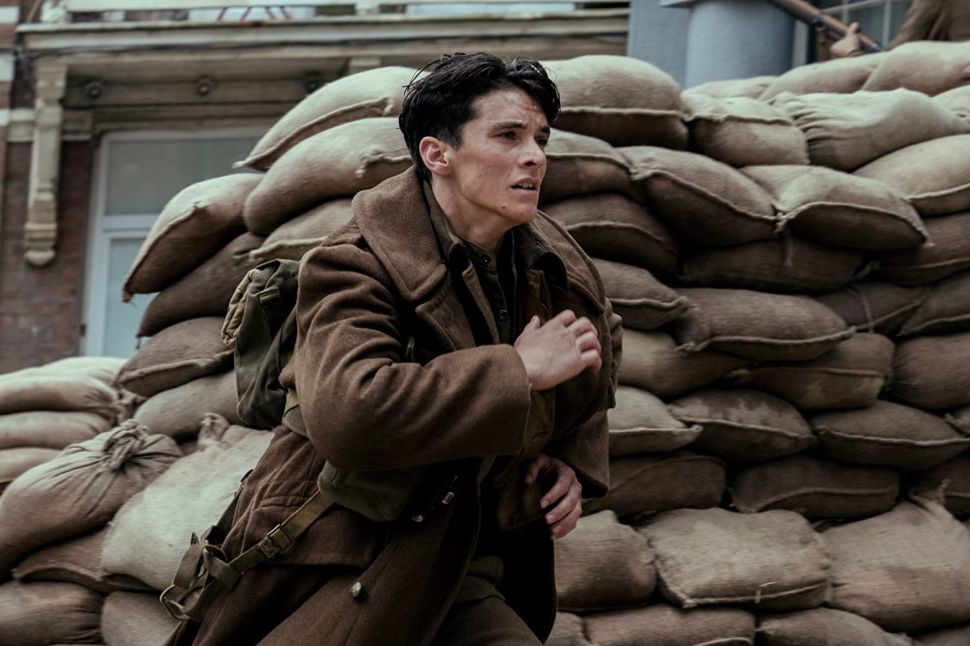