A couple grows old together over decades before being reborn into their younger bodies. A middle-aged father returns to his elderly daughter. The flow of time is reversed; no, inverted. Christopher Nolan has little patience for linear narratives, opting instead for the layered, cross-cutting, clock-ticking tales that form an intricate maze of plot mechanics. To him, a straight line is never the optimal distance between two points.

Typically engrossing and entertaining and occasionally frustrating and enervating, these chronological contraptions he constructs are not solely for the purpose of feeding Reddit threads and Twitter discourse. Nolan’s time trickery turns a uniquely tangible phenomenon into the very character his films revolve around; non-human entities that play a massive role in his movies narratively, thematically and psychologically.

“Christopher Nolan’s reputation with bending time precedes his cinematic releases so the audience is already psychologically prepared for a deep-dive into that realm,” Albert Goldson, executive director of Indo-Brazilian Associates LLC, a New York City-based think-tank and advisory service, told Observer. “Time itself can be considered as the hidden protagonist in his movies.”

Memento is a story told from end-to-start by a man who can’t create new memories. The Prestige sees one magician race to be the best while another desperately attempts to stretch the precious last moments of his life. In Inception, time is relative to the depth of our dreams yet also a bottomless abyss to be avoided, while Interstellar rails against the clock on both a micro and macro level. Few directors operate where actual time isn’t just a construct in the film but the foundation of their very ideas. It goes beyond mere reference and outline as Nolan’s experimentation and manipulation of time can be both a subtle and blaring psychological ploy.

Nolan uses time as a way to convey the psychological essence of the movie, heightening the immersion of the viewer into whatever is happening on-screen. Facilitating this immersion is a major challenge of the filmmaker because the reality is that the viewer is disconnected from the on-screen world (no matter how hard you wish Jedi and Hogwarts were real). Pascal Wallisch, a Clinical Associate Professor of Psychology at NYU, posits that the major challenge of filmmakers is to dissolve this psychological barrier between the viewer and the cinematic creation.

“This is critical to maintain audience engagement and suspension of disbelief,” he told Observer. “Time is a good way of establishing this immersion, because it is happening implicitly. People have no organ to perceive real time. The passage of time has to be inferred from other things, and this is highly malleable. So a filmmaker has tremendous degrees of freedom to play with that presumption.”

Goldson points to Nolan’s Dunkirk and Insomnia as examples of striking cinematic similarities that still represent diametrically opposed differences in how time is presented and perceived.

In Dunkirk, time is short for the British and Allied troops—days at best, hours at worst—which creates a growing urgency for an impossible escape. The very idea of a truncated timeline that spells death for thousands feeds a steady dose of tension into the viewer’s system. Nolan’s camera sweeps across the seemingly endless expansiveness of the beach and sky, yet the shortness of time creates a claustrophobic emotion as the unseen Germans close in, Goldson argues. Meanwhile in Insomnia, the never-setting summer sun enhances the idea of the endless Alaskan remoteness, providing the illusion of a timeless scenario without beginning (sunrise) or end (sunrise). Perpetual daylight works against human nature, lessening the sense of urgency. It puts Al Pacino’s main character at a disadvantage compared to Robin Williams’ villain, a native acclimated to this environment.

In both instances, location and time set the hierarchy of power within the film.

“Geographically the beaches of France and the isolated Alaskan village in Dunkirk and Insomnia, respectfully, show a sunny, spring/summerlike open expansiveness, that belies the remoteness and dangers of the respective locales,” Goldson said. “This visceral isolated emotion is achieved equally whether it be the thousands of troops on the beaches of Dunkirk versus the paucity of people in the Alaskan village. This isolationist feeling is counter-intuitive because sunny skies represent warmth and comfort, but Nolan achieves the opposite feeling immediately.”

Nolan can mix his convoluted time trickery with the natural environments of his movies to create a subconscious result on both his characters and audiences. A cynical view of his methodology could describe it as manipulative; a movie-loving observer might call it involved storytelling.

Wallisch concedes that while Nolan has previously mischaracterized psychologically defined psychopaths in The Dark Knight and fallen prey to repeating the “10% of the brain myth” in Inception, his grandiose designs are often rooted in realistic psychological interpretation. For example, the character development experienced in the dream state of Inception may not occur in real time, but still changes our protagonists at their very core. Does self-reflection and realization in a dream-state hold any real world merit or is it merely the creative concoction of a Hollywood dreamer? Wallisch notes that there have been efforts to research the insight that an individual may infer from their subconscious dreams.

“I do believe that realizations and insights can be made in dreams,” he explained. “The whole point of dreaming—as far as we can tell—is to reorganize memory and make connections one wouldn’t otherwise have made (due to the altered neurochemistry in REM states). As the motor system is actively paralyzed during dreaming (in order to prevent people from acting out one’s dreams), it is fair to say that dreams represent a ‘mental simulator’ where the brain can explore alternative futures and scenarios without incurring the penalty of acting in a way that is not adaptive.”

Dreams help to integrate the underlying structure of many seemingly disparate and puzzling factoids that can’t be integrated in waking consciousness, he argues. Inception‘s use of the unconscious, paired with Nolan’s obsession with time, results in a dizzying array of imagination that burrows into our own minds to take root and grow.

Time isn’t just a narrative gimmick in Nolan’s filmography nor are his settings mere window dressing for the action. Instead, they are integral elements of the story that interact with both the characters and the viewers to elicit an emotional and psychological response both consciously and subconsciously. It’s a tactic we’ve now seen used across Hollywood since Nolan popularized the approach. Now, if we could only stop the rest of the industry from copying his BWAAAAAANG sound effect in every trailer, we’d all be golden. 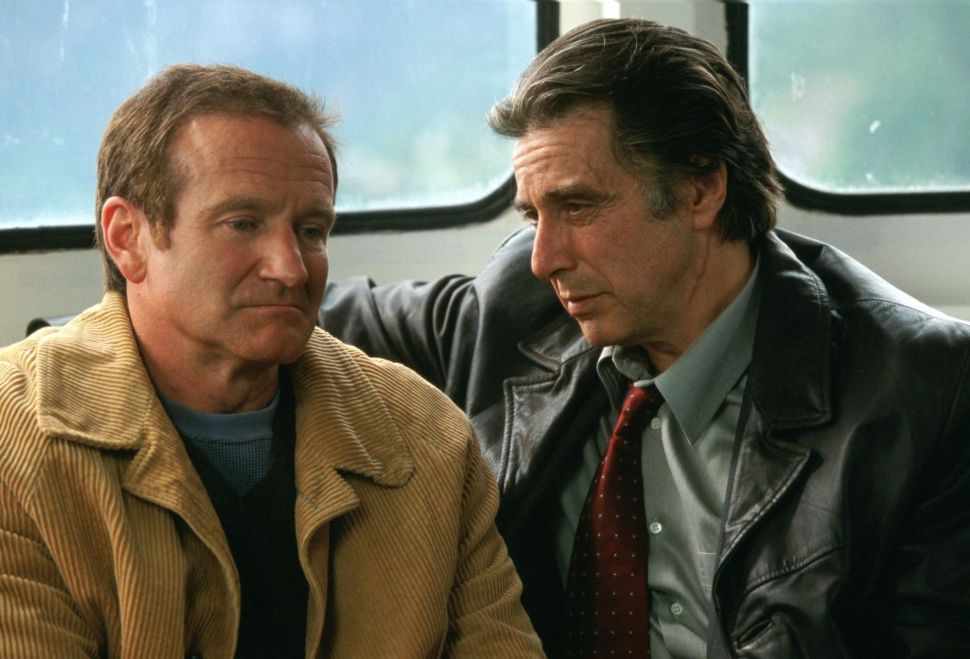