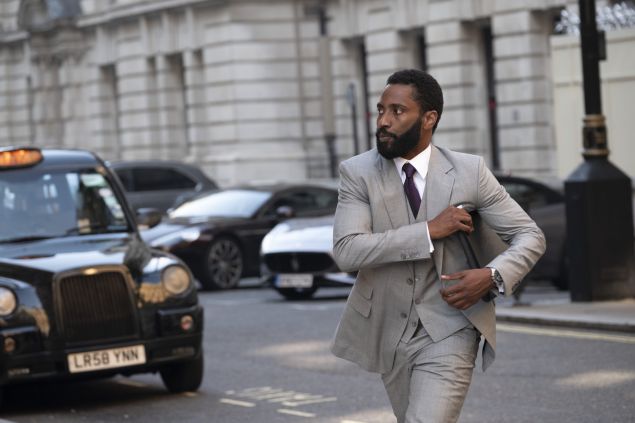 How is Tenet, the latest Christopher Nolan blockbuster, being received by critics? Melinda Sue Gordon/WB

Much like Christopher Nolan’s previous mind-bending blockbuster Inception, I’m not entirely sure if everything I’m experiencing at the moment is 100% real. After a highly publicized and arguably ill-advised quest to become the film that relaunched cinema amid the coronavirus pandemic, Warner Bros. was forced to delay the release date of Tenet several times. Now, after the storm of scrutiny faced by the movie and studio and multiple date changes, Tenet is finally, actually, truly arriving in theaters on September 4.

So here’s the biggest question of all: is the movie any good?

Across Nolan’s 10-film career as a director, his movies have earned an average Rotten Tomatoes score of 86%. With a $200 million budget and a mountain of financial pressure, Tenet will need every good review it can muster to convince audiences to head to the cinema. So, without further ado, here’s what critics are saying about Tenet.

“As he did in Inception, Nolan has created an entire world where certain things are true simply because he’s made them so. Futuristic bullets that reverse into a gun from the wall, known laws of physics that can be inverted, car chases that happen in two directions at once. These are all exciting ideas even when delivered in a potentially confusing film, and Nolan is the sort of filmmaker who captures our imaginations for what could be possible, which is something that feels important right now. We need moments of hope and distraction, to speculate on realities that exist far away from our own.”

“Tenet once again proves Nolan’s undying commitment to big-screen thrills and spills. There’s a lot riding on this film, to resurrect cinema, to wrench people away from their televisions, facemasks and all. It may well do the trick: if you’re after a big old explosive Nolan braingasm, that is exactly what you’re going to get, shot on old-fashioned film too (as the end credits proudly state). By the time it’s done, you might not know what the hell’s gone on, but it is exciting nevertheless. It is ferociously entertaining.”

“The sheer meticulousness of Nolan’s grand-canvas action aesthetic is enthralling, as if to compensate for the stray loose threads and teasing paradoxes of his screenplay — or perhaps simply to underline that they don’t matter all that much. “Tenet” is no holy grail, but for all its stern, solemn posing, it’s dizzy, expensive, bang-up entertainment of both the old and new school.”

“The sturdy, logical dream levels of Inception have been replaced by the bombs of Dunkirk. They whizz past, without a target or a specific purpose, guided by an invisible hand. The film sends waves of helplessness crashing over its audience. Tenet, too, has much to do with the terror of the unseen and the unknowable. Threats emerge from hidden sources, their tendrils reaching out and slowly wrapping themselves around the Earth’s circumference.”

“On first watch though, Tenet likely would have benefited from some breathing space. It does truly put you in the shoes of the Protagonist, learning the world as he goes along, but it can be all a bit overwhelming for the viewer. The result is that as impressive as the craftsmanship and originality of Tenet is, other aspects of the movie prove to be frustrating. It’s still a great movie and a true big-screen experience, but it does stop it reaching the heights of Nolan’s best work.”

“Certainly, Tenet’s a more challenging film than some may be comfortable with after a five-month absence, but this is an all-too-rare example of a master filmmaker putting everything on the table with, you sense, not a modicum of his vision compromised. The stakes have never been higher, but Tenet is exactly the film cinemas need right now.”

“In the end, Tenet feels like the most Nolan-y of Nolan’s own films, amping the many quirks of this remarkable filmmaker’s visual, aural and temporal fetishes up to 11. The result is messily entertaining, a film that feels both boisterous and bloated in equal measure.”

Nolan is the rare filmmaker able to marry blockbuster entertainment with intricate plotting while steadily delivering generally beloved material. But that doesn’t mean every critic is going to be drawn to his specific brand of multi-layered time trickery. Despite a wealth of positive reviews, there are some who felt Tenet loses its own thread while navigating temporal mechanics.

“Christopher Nolan’s long-awaited espionage thriller Tenet makes the audience work hard. It’s a detective role we’ve come to relish in works from the director, and a welcome task for movie fans kept out of cinemas for five months during the pandemic. Though the spectacular action sequences herald a triumphant return to the big screen, this particular puzzle may leave some viewers frustrated, with Tenet holding back more answers than it provides.”

“And what kind of picture is it? Big, certainly: IMAX-scaled, and a hefty 150 minutes even after a visibly ruthless edit. It’s clever, too — yes, the palindromic title has some narrative correlation — albeit in an exhausting, rather joyless way. As second comings go, “Tenet” is like witnessing a Sermon on the Mount preached by a savior who speaks exclusively in dour, drawn-out riddles. Any awe is flattened by follow-up questions.”

“Lucky, really, because Tenet is not a movie it’s worth the nervous braving a trip to the big screen to see, no matter how safe it is. I’m not even sure that, in five years time, it’d be worth staying up to catch on telly. To say so is sad, perhaps heretical. But for audiences to abandon their living rooms in the long term, the first carrot had better not leave a bad taste.”

“Tenet dazzles the senses, but it does not move the heart — a criticism common to all of Nolan’s original films. And other widely recognized Nolan blind spots are also in evidence: it’s depressing that as fine an actress as Debicki should be saddled with such a cipher role, given a son in lieu of a character and made responsible for the story’s only bad decisions.”

“It may echo the cleverness of Rian Johnson’s Looper and Shane Carruth’s Primer in its dizzying disregard for linear chronology, but the plotting is muddled rather than complex, with less to say about the flow of time than Interstellar or Memento. In the end, Tenet isn’t one of Nolan’s most satisfying films. But after I’ve seen it four or five more times, maybe I’ll change my mind.”

Armed with only one word, “Tenet,” and fighting to prevent World War III, a Protagonist journeys through a twilight world of international espionage on a mission that will unfold in something beyond real time. Tenet stars John David Washington, Robert Pattinson, and Elizabeth Debicki. 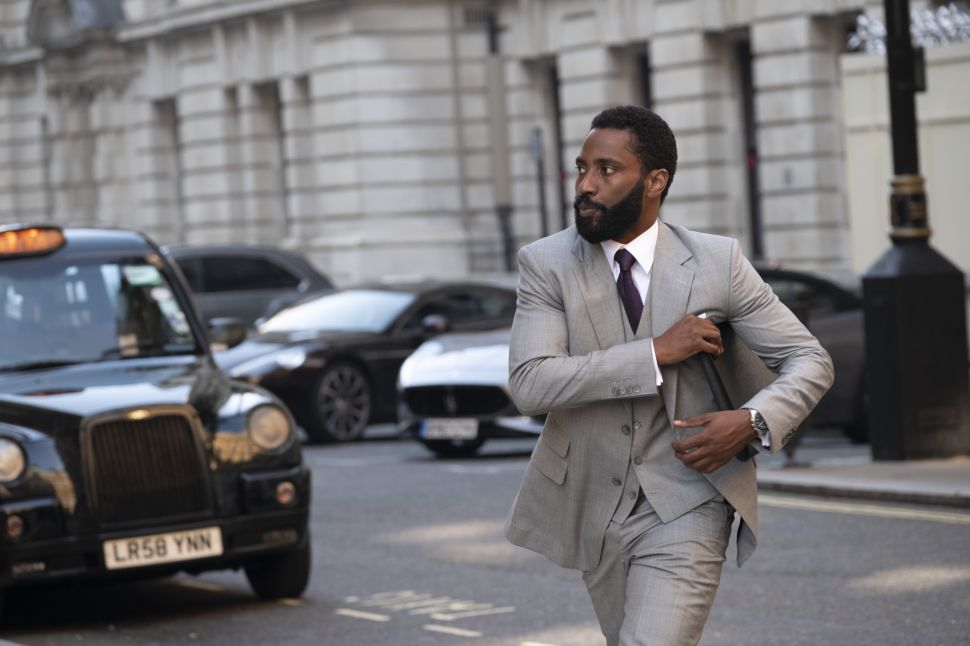