Remember the glass window-shattering unveil of Tesla’s Cybertruck last November and the immediate controversy around its strange look? Despite having done zero consumer research whatsoever, Elon Musk was confident at the time that people would love the truck, even though it looks nothing like one. But as the electric pickup market quickly attracts new contenders with more conventional offerings, Musk is reconsidering his wild bet.

In a new interview with Automotive News this week Musk said he’s okay with making a “normal truck” if the Cybertruck doesn’t sell, especially in overseas markets where consumers don’t necessarily share Americans’ obsession with pickups.

“If it turns out nobody wants to buy a weird-looking truck, we’ll build a normal truck, no problem,” he told the publication, adding that he realized the Cybertruck could be “a complete failure.”

With a starting price tag of $39,900, the Cybertruck is aiming for a mass market. Although there’s yet to be a fully electric pickup truck on the market, that space has gotten a lot more crowded since the debut of the Cybertruck. A number of Tesla’s smaller rivals have pitched similar products, including Nikola’s Badger truck, Lordstown Motors’ Endurance, Rivian’s R1T and possibly an all-electric version of Ford’s popular F-150.

Most of these competing pickups were revealed months later than Tesla’s Cybertruck, therefore having a shorter reservation record. By that measure, the Cybertruck is still leading the race. According to one of Musk’s tweets last November, the Cybertruck had 250,000 reservations. Some analysts, including Wedbush Securities’ Dan Ives, estimate that that number has grown to 650,000.

Musk said in his latest interview that Tesla plans to begin producing the Cybertruck next year and start delivery in the second half of 2021. Amazon-backed Rivian and Ohio-based Lordstown are aiming for a similar delivery timeframe, while Nikola is taking a more patient approach, looking to start production of its Badger pickup sometime in late 2022 or 2023.

All these Tesla rivals are aggressively raising funds to kick start mass production. Nikola went public through a reverse merger in June. (It’s set to release its first quarterly earnings report as a public company Tuesday afternoon.) Lordstown is going down a similar IPO path by merging with DiamondPeak. And Rivian closed a massive $2.5 billion funding round last month from private investors. 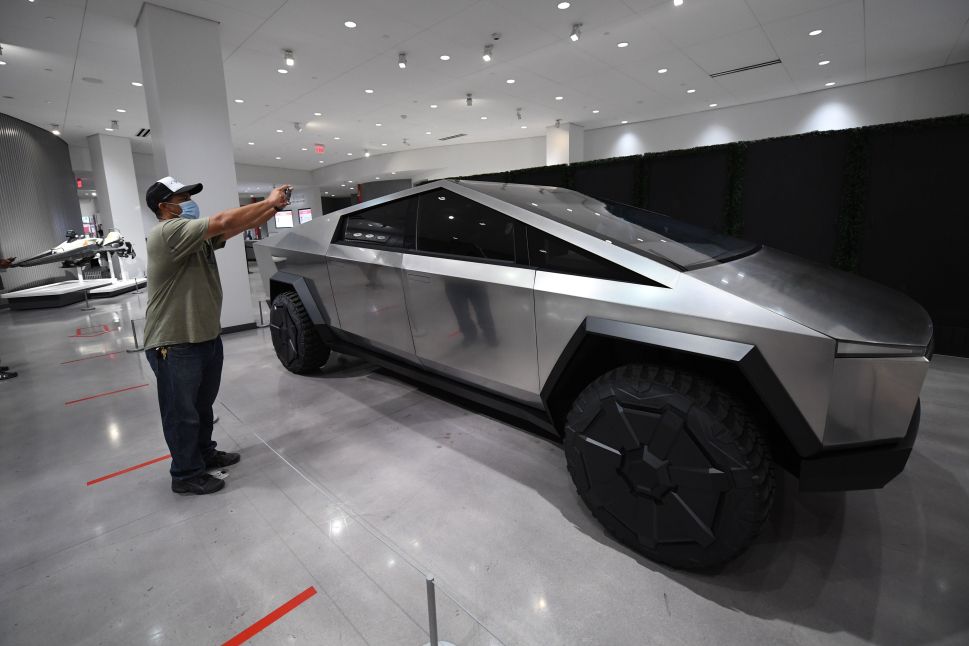