There have been a number of factors fueling the rise and rise of Tesla’s share price and its subsequent stock split, from the company’s strong earnings amid the pandemic to the cult of Elon Musk and overall excitement in the electric vehicle sector. None of those should come as too much of a surprise, but the influx of mom and pop investors from South Korea? It’s fair to say that their impact was not exactly reflected in analysts’ predictions.

Seeking higher investment returns in a time when interest rates have hit a record low due to the coronavirus pandemic, retail investors in Korea have been shifting money from safe assets to the risky global equity market, with a particular interest in Tesla and other hot U.S. tech stocks.

Since the beginning of 2020, retail stock trading deposits at Korea-based brokerages have surpassed $40 billion, a record high, according to the Korea Financial Investment Association a non-government organization.

As of Friday, Korean retail investors collectively held $3.6 billion worth of Tesla shares, or about 0.9 percent of the company, data compiled by Korea Securities Depository show. The results were first reported by Bloomberg.

See Also: 6 Tech Billionaires Who Have Gotten Much, Much Richer During the Pandemic

Per Bloomberg’s calculation, Korean investments together would make them the 13th largest shareholder of Tesla, alongside some of the world’s largest institutional investors, including Baillie Gifford, Vanguard, BlackRock and Fidelity.

Korean investors have been piling in on shares of other American tech giants, too. According to the Korea Financial Investment Association, seven out of the top ten foreign stocks favored by Korean traders are American companies. Apple, Amazon and Microsoft are among the most popular picks after Tesla.

Similar retail hype in hot tech stocks is seen in the U.S. as well. In the second quarter, when the pandemic was in full swing, consumer-focused stock trading app Robinhood saw its trading revenue double from $91 million to $180 million in just three months. On one day in July, nearly 40,000 Robinhood users bought Tesla shares in a four-hour period, driving the stock up 16 percent in mid-day trading.

This year so far, Tesla share price has jumped more than 400 percent; Apple shares are up 60 percent;  Mircrosoft’s are up 40 percent; and Amazon stock has doubled.

Overwhelming interest from retail investors, however, could be a dangerous thing. And that’s not necessarily limited to Asian investors. “Korean traders tend to seek a short-term profit,” You Seung-Min, chief strategist at Samsung Securities, told Bloomberg. “So if volatility rises in markets, they could flee from Tesla’s stock en masse.” 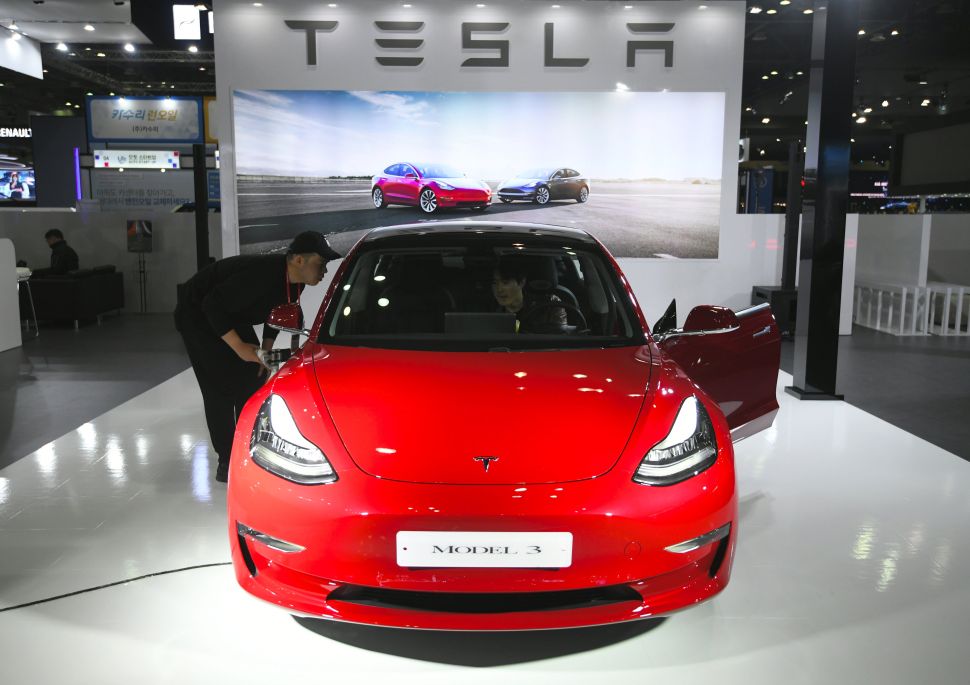