You can almost trace the progression of 2020’s pandemic through zombie stories alone. First, it was the Netflix show Kingdom, set in medieval Korea, which captured the incompetence of government officials in the face of the early stages of a pandemic. Then came the biggest video game hit of the summer, The Last of Us Part II, which made players stare right into the void and confront the bleakness and hopelessness of the pandemic as the threat of a second wave loomed near.

Now comes a movie which recognizes that people would not take a pandemic seriously and would instead turn a zombie apocalypse into a Thunderdome-like death sport. Train to Busan Presents: Peninsula hits four years after the acclaimed Korean zombie hit Train to Busan (one of this year’s most-popular quarantine films), and just as the film changes tones drastically, so has our view of a zombie apocalypse changed. You see, instead of staging a character-driven dramatic thriller with zombies like the first film, Peninsula presents a world hit by a zombie outbreak that responds by turning into a ridiculous, cartoonish dystopia—and it is much better for it.

SEE ALSO: Free Your Mind of Laurence Fishburne Appearing in ‘The Matrix 4’

Peninsula begins during the events of the first movie, with people all over Korea fighting their way out of the cities and into the rumored safe zones across the titular Korean peninsula (Busan is name-dropped here, in pretty much the only reference to that movie). We meet Jung-seok (Gang Dong-won) a soldier who tries to flee the country with his family by ship, while leaving millions of others behind.

Then we jump four years forward in time, and learn that the zombie outbreak engulfed the entire nation, but was contained within the peninsula—with the rest of the world essentially cutting Korea off under quarantine. When we are reunited with Jung-seok, we see a situation that feels eerily familiar in 2020: Korean refugees and survivors living in Hong Kong and being constantly treated like second-class citizens. People move away from them at restaurants, shout slurs at them in the streets, and constantly blame them for the outbreak.

Somehow, Jung-seok is convinced to go back to the peninsula together with his brother-in-law Chul-min (Kim Do-yoon) and a couple of other refugees. The mission? To sneak their way through the zombie-infected apocalyptic ruins of Incheon to retrieve $20 million in abandoned cash. Of course, things go south rather quickly and the group is ambushed by a ruthless militia, with only Jung-seok managing to escape thanks to the help of two girls and a remote control car.

Yes, you read that right! The first hint we get that this movie will leave behind the focus on drama and character of its predecessor is when the two girls, Joon (Lee Re) and Yu-jin (Lee Ye-won) take out a remote control car that drives all the zombies away from Jung-seok. You see, these zombies are blind at night, but are very sensitive to sound, which makes for an interesting set of narrative rules. The film gets a lot of mileage out of this, with people wearing suits covered in neon lights and even bright advertising cars blasting K-pop to distract zombies.

Because of the relative ease of sneaking past zombies, Peninsula moves away from using the undead as villains and sets its sights on regular old humans. Sadly, it is in these humans that the film is weakest. Sure, you can simply consider it a different approach than the character-driven Train to Busan, but none of them feel particularly memorable or fleshed-out. Other than Jung-seok, no other character gets more than an archetype or a one-sentence description for their motivation, and the villains are mere caricatures. That being said, the film moves so quickly and presents such a vivid world that you won’t have time to complain before the next big thing happens.

One of those big things is the addition of the zombie version of a Thunderdome. The militia in control of Incheon passes the time by engaging in the hottest new sport, which involves prisoners being forced to compete in arena games against zombies. With Peninsula, director and co-writer Yeon Sang-ho argues that, in the face of the absurdity of a zombie outbreak, people would turn to equally absurd coping mechanisms. Trying to rebuild society and establish order isn’t enough for the characters in Peninsula; they have to rise up to the folly by becoming foolish themselves—not entirely unlike watching our own news reports and seeing how people are responding to the actual pandemic.

Then there’s the Fury Road-inspired car chases through the streets of Incheon that feel like the natural next step for the Fast & Furious franchise (forget about going to space, Toretto and the family should fight a zombie outbreak next). Yeon goes full throttle and puts his background as an animator to full use, with vibrant cinematography and ambitious visuals that may not always work as intended, but are nonetheless energetic and earnest. If you’re not open to a zombie film with the same regard for the laws of physics and logic as a Looney Tunes cartoon, Peninsula will not be for you. On the other hand, if you want a zombie movie to do more than remind you of the bleakness of the real world, the high-octane fun of Peninsula will carry you to the gates of Valhalla.

Even when it does get into the crazier aspects of living in a zombie outbreak, watching people distract themselves with crazy death cage matches in a movie feels slightly less absurd when news of people holding corona parties become abundant.

Train to Busan Presents: Peninsula may be light on the character-drama and the scares, but it chooses to embrace the absurdity of living in a world that descended into chaos, inadvertently becoming the perfect movie to reflect the current pandemic and the ridiculous things people are doing to cope or avoid coping. 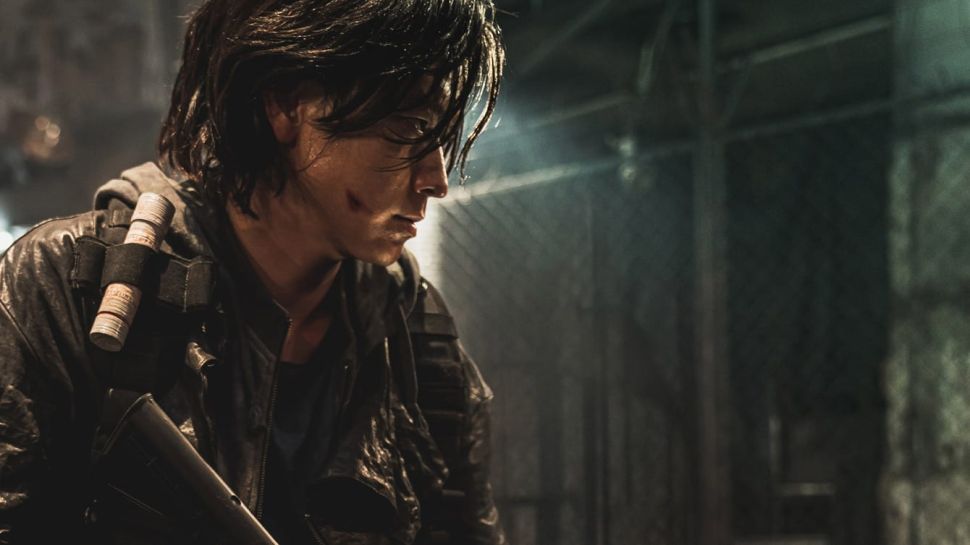