Whether President Donald Trump’s aggressive ban on WeChat and TikTok will have any impact on protecting American users’ personal data from China’s Communist government is unclear (and unlikely). But according to top analysts, the ban will likely cause severe damages to American business first, especially that of Apple’s, if the iPhone maker is ordered to remove those apps from the App Store.

In the language of a pair of executive orders targeting WeChat and TikTok signed last Thursday, President Trump called to end “any transaction” between the U.S. and the two apps’ parent companies (Tencent and ByteDance, respectively) in 45 days unless they find an American buyer. That means iPhone users in all countries could lose access to those apps if the ban follows through because Apple is a U.S.-based company.

Removing WeChat alone could tank Apple’s global iPhone sales by as much as 30 percent, according to the industry’s top analyst, KGI Securities’ Ming-Chi Kuo, estimates.

“Since WeChat is very critical to Chinese users, integrating communications, payments, e-commerce, social software, news reading, and productivity functions, we believe that the move will tank iPhone shipments in the Chinese market,” Kuo said in a note to investors on Monday first published by AppleInsider.

That estimate is based on the assumption that Apple will take down WeChat from the App Store worldwide if the ban takes effect. In June, Apple removed WeChat from its App Store in India after the Indian government banned the app amid border disputes with China.

“Theoretically, the U.S. government will not hurt Apple,” Kuo wrote. “However, the U.S. presidential election is approaching, and we think Trump may adopt more aggressive strategies for the election, including asking Apple to remove WeChat from worldwide App Stores.”

See Also: With Wars on China, TikTok and Twitter, Trump is Trying to Censor the Internet

The best-case scenario, Kuo added, is that Apple only removes WeChat from its U.S. App Store, in which case iPhone sales would fall by 3 to 6 percent while other Apple devices would decline about 3 percent.

Apple’s share price has yet to reflect those risks. The stock has been on a weeklong rally following its better-than-expected third fiscal quarter results and stock split news.

Kuo’s report focused largely on WeChat because it’s the more popular among the two apps targeted by the Trump administration. As of 2019, WeChat had nearly 1.2 billion monthly users globally, with the vast majority based in China. About a tenth of WeChat users access the app through an iPhone, according to the iPhone’s global market share figures.

TikTok is the overseas version of ByteDance’s viral Chinese short video app, Douyin. Since the two apps operate under separate brands, the Trump ban won’t affect Douyin users in China just yet based on the language of his executive order. 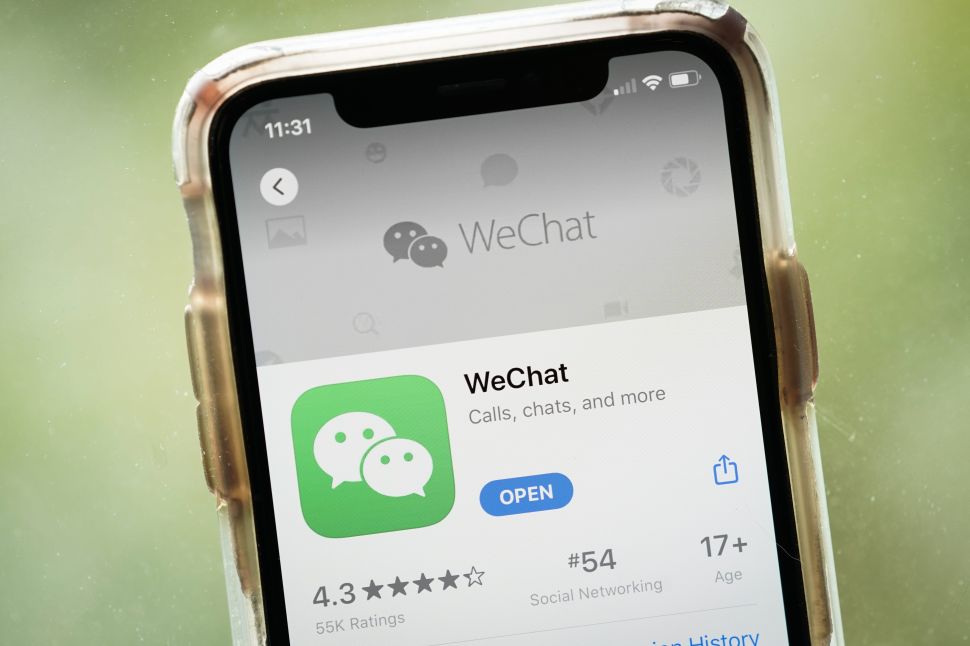