The meteoric rise of TikTok, Gen Z’s favorite short-video app, is nothing short of a miracle. Never in digital history have we seen a consumer product made by a foreign company get so popular with Americans so quickly. But the timing of its rise may also be its downfall, as it comes in the midst of escalating political tensions between the U.S. and China. TikTok’s overnight success has now become the worst nightmare for its Chinese parent company, ByteDance.

Last Friday, Trump said he’s ready to sign an executive order to ban TikTok in the U.S. He later agreed to put the ban on hold after Microsoft expressed interest to acquire TikTok and make it a true American company. But as of Thursday night, Microsoft needs to complete the deal in 45 days and cut the government a “substantial share” of the sale, as Trump ordered earlier this week.

It’s unclear how the government will receive this proposed payment, or under what context. Still, it sounds absurd enough that in free-market America a sitting president—especially one whose administration has been so lenient with corporate taxes and other issues—is allowed to block a consumer product, put a deadline on a corporate merger talk and demand a transaction fee.

While doing all three things at the same time will likely draw legal challenges, the president is allowed to do at least some of them. “The President has the authority to issue an executive order to address whatever the President or his advisors believe to be a national security threat,” explained Chris Garcia, a former deputy director at the Commerce Department from 2017 to 2018 under Trump.

The U.S. President has the authority to compel a corporate sale or order a company to cease operation through the Committee on Foreign Investment in the United States (CFIUS), an inter-agency government group based within the Treasury Department.

Citing precedents, Garcia added, “Remember, the administration blocked the sale of Qualcomm to Singapore-based Broadcom in 2018 and blacklisted Huawei and other Chinese tech firms from purchasing U.S. tech components because of national security concerns, as well as human rights concerns.”

On Thursday, Trump spelled out his demands in a pair of executive orders—one targeted at TikTok’s parent ByteDance and the other at WeChat’s owner Tencent—saying the administration will block TikTok and WeChat effective September 20 unless their Chinese parent companies strip ownership of the apps by then.

See Also: With Wars on China, TikTok and Twitter, Trump is Trying to Censor the Internet

The orders cite the International Emergency Economic Powers Act (IEEPA), which authorizes the president to regulate international commerce after declaring a national emergency over national security risks. The U.S. is currently under multiple emergency statuses, including one declared in May 2019 that prohibits U.S. firms from doing business with any foreign company deemed by the Commerce Department as a national security threat.

But some critics find the administration taking aim at TikTok hard to grapple with.

“I think it’s completely blown out of proportion,” Bill Mundell, the producer of U.S.-China relations-themed documentary, Better Angels, told Observer. “The majority of TikTok users aren’t even voting age. I don’t believe that dissecting the minds of tweens is amongst the highest priorities of the Communist Party of China.”

“We are pursuing the same type of mercantilist behavior that we accuse the Chinese of under the guise of a national security threat,” he added.

Mundell, who used to teach economics at UCLA and has decades of experience doing business with China, said a successful foreign business like TikTok would have actually helped the U.S. solve some of our own problems had the government adopted a less hostile approach. “In this country, we have concerns about the concentration of power among tech companies for all sorts of legitimate reasons,” he said.

“TikTok was a big step in the direction of solving that problem, because it was diluting the monopoly power of our own tech companies.” Mundell said he doesn’t own stakes in any Chinese companies or U.S. businesses backed by Chinese money.

Speaking of the prospect of other Chinese companies doing business in the U.S., neither Mundell or Garcia is optimistic.

“We have the world’s No.1 and No.2 largest economies battling for global superiority. This will not end,” said Garcia. “You’re going to see a lot of retaliation back and forth.”

“Sadly, anti-China sentiment has increasingly become bipartisan,” Mundell says. “I think it’s going to be difficult to back off initiatives that have been started even with a new president.” 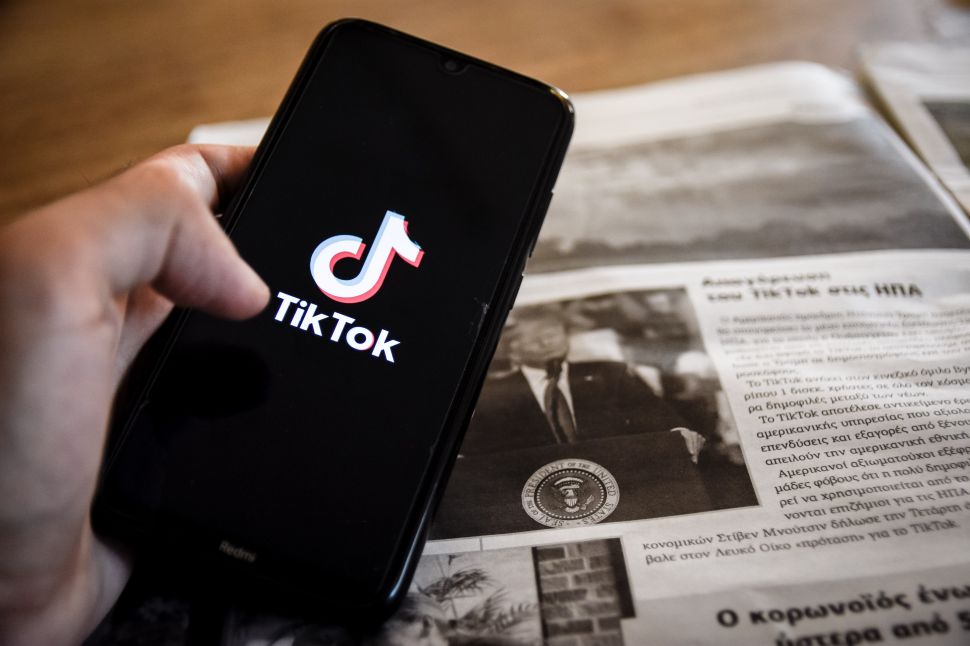