It’s been a year packed with circumstances that would have previously been unimaginable, but even so, the fact that the president of the United States is actively undermining the United States Postal Service leading up to an election in November has lately been astonishing American citizens. As a result, people all across the country have been taking it upon themselves actively advocate for the independent agency by doing everything from calling their senators to purchasing USPS merchandise.

SEE ALSO: The Largest Spherical Moon Rock on Earth Could Be Part of Your Personal Collection

In the midst of the chaos, the USPS has just released a new set of highly-anticipated stamps featuring the artwork of Japanese-American artist Ruth Asawa, who crafted intricate wire sculptures which resemble bird’s nests.

Where can you find intricate sculptures, an inspiring artist, and the beautiful new Ruth Asawa Forever® stamp? { } )( () / ( ) / usps.com/stamps #RuthAsawaStamps #AsawaStamps

Asawa, who passed away in 2013, also had a fascinating life story which enhanced the aura around her artwork. Born in 1926 in Norwalk, California, Asawa grew up on a farm surrounded by siblings but quickly fell victim to uniquely American racist persecution.

After Pearl Harbor, the future artist and her family were confined to Japanese internment camps in California and Arkansas; Asawa remained in these camps until she graduated from high school. Extraordinarily, while she was incarcerated, Asawa received instruction in illustration from three Japanese-American artists who’d done work for Walt Disney. These men encouraged her talent and set her on a course towards an eventual artistic career.

Eventually, Asawa began crafting the bird’s nest-like sculptures that would become her calling card and which would land her work in museums such as the Whitney, the Guggenheim and the de Young Museum in San Francisco, but throughout her life she was not as well known as she could have been.

Her work’s current placement on USPS postal stamps serves as a reminder that some of the most intriguing artists have to be rediscovered over and over again, but that there’s no limit to the mediums in which this rediscovery can take place. 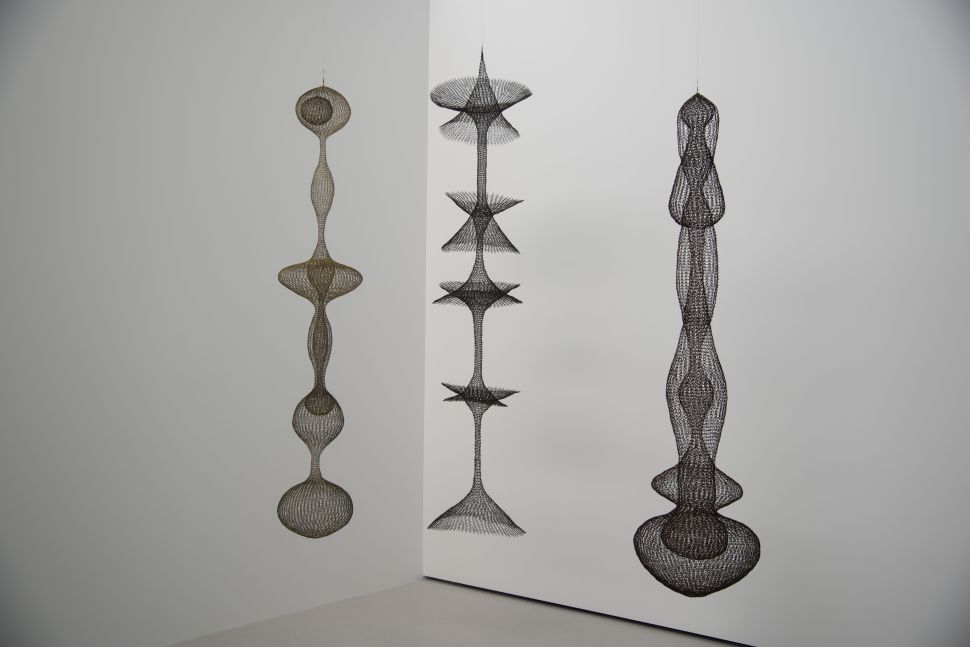