Despite the global manufacturing woes brought upon by the coronavirus pandemic, German auto giant Volkswagen will unveil its first electric SUV on time, accelerating its cutthroat race against Tesla across all popular electric vehicle categories.

Volkswagen announced Thursday that production of its ID.4 electric SUV has started at its plant in Zwickau, Germany, marking another milestone in the automaker’s foray into the world’s fastest-growing passenger car sector.

Volkwagen’s luxury brand, Audi, has been making a higher-end SUV called e-tron in Europe since 2018 to compete with Tesla’s Model X. And its ID.3 compact car is widely seen as an answer to Tesla Model 3.

Volkwagen said the ID.4 is set to make its global debut sometime in September, with the first batch of vehicles being built and sold in Europe and China. Production in the U.S. is expected to begin in 2022 in Chattanooga, Tenn.

SEE ALSO: A New Electric Car, With a Couch Inside, Is Targeted at Broke Millennials

Volkswagen didn’t reveal the price point. Based on its past pricing strategies, the ID.4 will likely fall in a similar price range to Model Y as well, which starts at $40,690. The ID.3 is priced at just under $33,000, about 10 percent lower than Tesla Model 3. And Audi e-tron starts at $77,400, also comparable to Model X.

Between ID.3 and ID.4, Volkswagen said the MEB assembly line has the capacity to manufacture 300,000 vehicles next year. (For comparison, Tesla aims to deliver 500,000 cars across all of its models in 2020.) The German carmaker has pledged to investing $40 billion over the next five years to reach an annual output level of 1.5 million units.

“We are right on schedule with the Volkswagen brand’s transformation process to e-mobility. The ID.3 is now being followed by the ID.4,” Thomas Ulbrich, Volkswagen’s head of e-mobility, said in a statement on Thursday. “Given the major societal challenges of recent months, the successful start of ID.4 series production is an exceptional achievement.”

⚡️ “We are right on schedule with the Volkswagen brand’s transformation process to e-mobility”, says Thomas Ulbrich, Board member responsible for electric mobility, about the start of the #VWID4 series production.

[ID.4: The vehicle is not yet available for sale in Europe.] 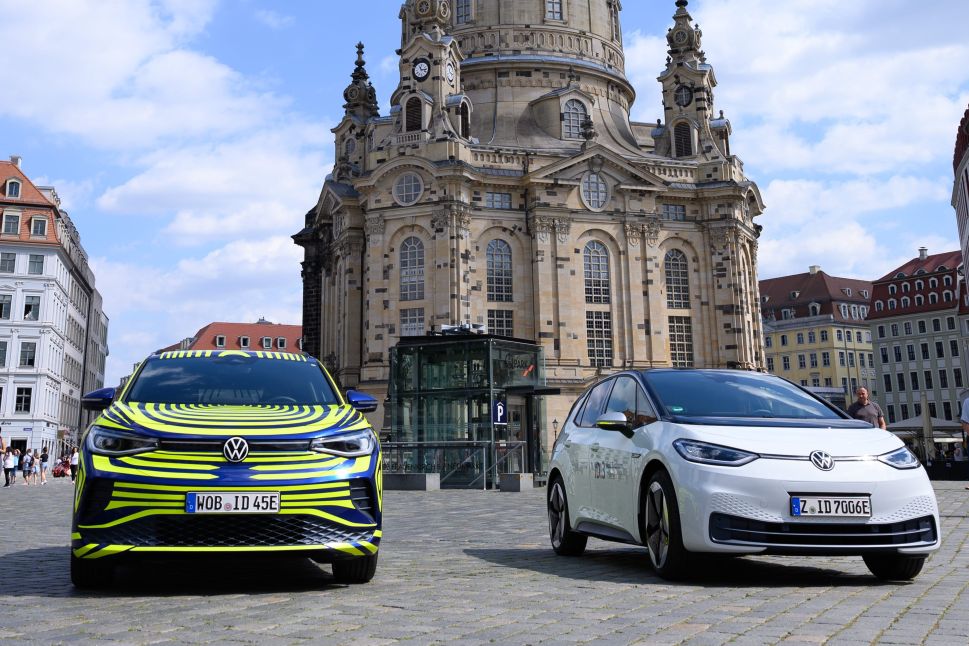