The seismic impact of the upcoming ban on the Chinese messaging app WeChat continues to grow. About a dozen major U.S. companies, including Apple, Disney, Walmart and Ford, expressed concerns about the potential damage to their business in a call with White House officials on Tuesday, The Wall Street Journal reported.

According to the Journal‘s sources, a central topic of the call is to seek clarity on what exactly President Donald Trump is looking to ban. The executive order he signed last Thursday seeks to bar “any transaction” between the U.S. and WeChat’s parent company, Tencent, in 45 days. The vague language of the document has left analysts and interested parties guessing whether it’s a ban on WeChat in the U.S. only or worldwide or on everything owned by Tencent. (Tencent owns stakes in multiple U.S.-based gaming companies.)

WeChat has more than 1.2 billion users globally, with the vast majority based in mainland China. If the ban applies to every market that U.S. companies does business in, it could mean that Apple will have to remove WeChat from its App Store globally, a move that would tank its iPhone sales by as much as 30 percent, according to the industry’s top analyst, KGI Securities’ Ming-Chi Kuo.

All the other multinational companies mentioned above will be forced to stop communicating with their staff and customers in China via WeChat. That could be a major issue because almost every cross-border messaging app, including WhatsApp, Line and Telegram, are banned in mainland China.

Looking at a less grim scenario, Tencent’s Chief Financial Officer John Lo told investors on an earnings call Wednesday that the company believes Trump’s order applies only to the international version of WeChat, not the Chinese version known as Weixin.

However, Secretary of State Mike Pompeo sent a different message the same day. In a speech in Prague, Czech Republic, he said that President Trump’s executive orders against WeChat and TikTok could be “broader” than just those two apps.

“If you read [the executive orders], it’s broader even still than [TikTok and WeChat]. We’re going to make sure that American data not end up in the hands of an adversary like the Chinese Communist Party,” Pompeo said.

President Trump said in his orders that he will leave it to the Commerce Department to lay out the details about the ban on Chinese app. His orders to set to take effect on September 20.

In a statement responding to the call with corporate representatives, a White House spokesman said the administration “is committed to protecting the American people from all cyber-related threats to critical infrastructure, public health and safety, and our economic and national security.” 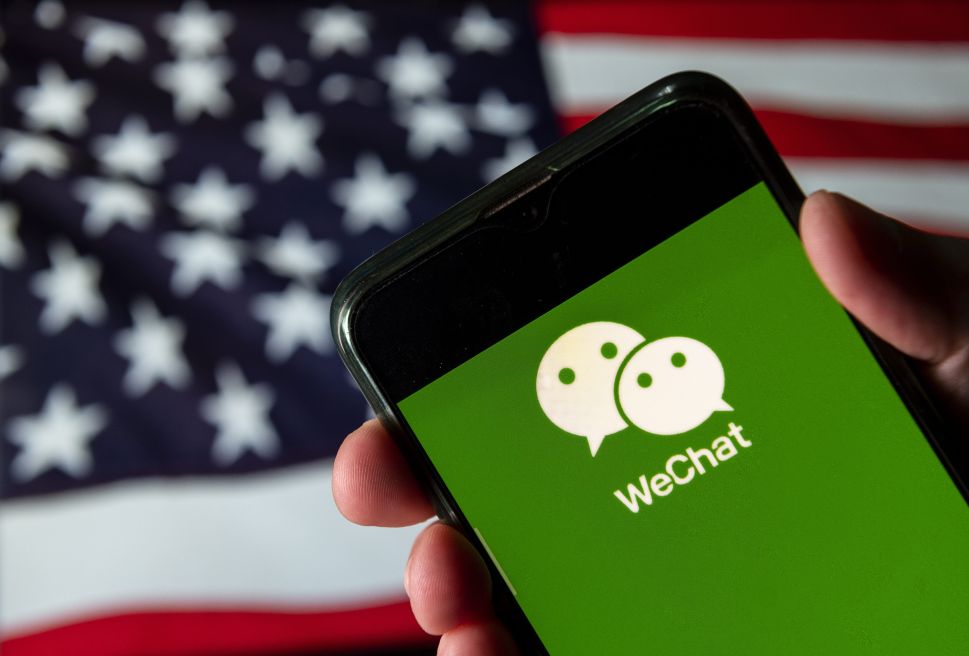