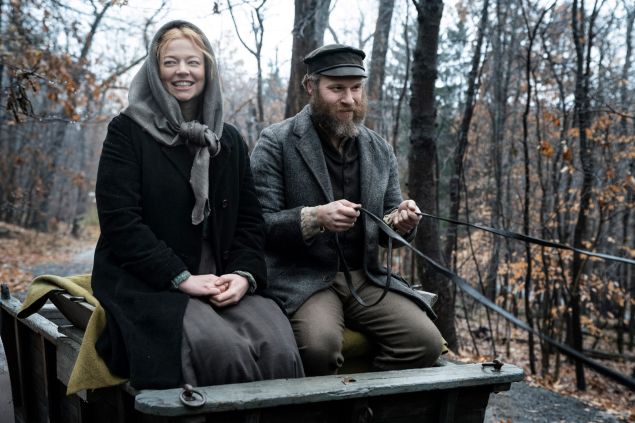 Seth Rogen meets his pickle-brined ancestor, a saga of killer rain drops to its conclusion and the Peanuts find their latest home in this week’s streaming options. Observer Entertainment has curated the guide below to help figure out what to watch this weekend on your off-hours. The major streaming services alike are represented below, from Netflix to Hulu to Amazon, and we’ve offered recommendations for for all of them, including both new releases as well as hidden gems that may be buried between the cracks.

This is not Netflix’s only international post-apocalyptic show, but it is beautifully made. In The Rain, the weather is a vector for a population-decimating virus, leaving two siblings, Simone (Alba August) and Rasmus (Lucas Lynggaard Tønnesen) to rely on each other as they search for safety and their missing father. Its third and final season dropped today. Watch The Rain on Netflix.

America’s finest Sherlock Holmes imitator is the great Lt. Columbo. For those who don’t know, episodes of Columbo are a lot like mini-movies, running over 70 minutes of cat-and-mouse games in which Peter Falk’s eponymous homicide gumshoe zeroes in on his target. The show is legendary and the whole run is available for free, including the Season One episode “Murder by the Book,” which was directed by some kid named Steven Spielberg. Watch Columbo for free on Peacock.

What better way to gear yourself up for a new Christopher Nolan movie—which may or may not be released on September 4—than to watch the movie that it may or may not be the sequel to? Inception is a perfect blockbuster in many ways, marrying high-octane action and gravity-defying special effects with a powerful emotional center thanks to its talented cast (Leonardo DiCaprio, Ellen Page, Marion Cotillard, Joseph Gordon-Levitt, to name a few). Its final shot remains perfect ten years later. Watch Inception on Amazon Prime Video.

It’s hard not to be cynical about the Peanuts. These are the same cartoon kids that inveighed against commercialism in the holiday season in A Charlie Brown Christmas in the ’60s, only to be used and re-used again and again in movies and TV over the years for increasing capital gains. Seeing The Peanuts Movie, the 2015 entry into that continuum and a Fox movie, on Disney+ after the Walt Disney Company bought Fox also feels weird! To that I say try to sit back and enjoy it regardless. The Peanuts Movie, directed by Steve Martino and made with Craig and Bryan Schulz (scions of the late Peanuts creator Charles M.), does a lot of work to prove its own artistic worth, and it also happens to be a great movie—an area most other full-length Peanuts efforts lag in. Watch The Peanuts Movie on Disney+.

Vampires, but they’re pre-teen kids! Let the Right One In is the horror-romance, directed by Tomas Alfredson ,that Roger Ebert once called “the best modern vampire movie” because it focuses deeply on the emotions of its two leads, a young Swedish boy who is bullied and a young vampire girl who befriends him. For a premise that feels cold and is set in Stockholm, the film’s warmth is mesmerizing, all the more stunning in how its captured on the screen by cinematographer Hoyte van Hoytema (a Christopher Nolan regular who’s also worked on Interstellar, Her and Tenet). Watch Let the Right One In on Hulu.

Our senior entertainment writer Brandon Katz called this film one of Seth Rogen’s most mature roles yet, and it shows. An American Pickle is a brilliant new take on several classic tropes—the fish-out-of-, the Rip Van Winkle, and the body double, to name a few—but none of them bog down the tenderness that the film needs to balance out the hilarity of its madcap premise: a man inadvertently preserves himself in pickle brine and wakes up many decades later to connect with his descendant. It’s HBO Max’s first full-length film. Watch An American Pickle on HBO Max.

Sometimes you just want to watch a brutally uncompromising revenge spree. For times like that, watch Hunting Emma, a South African film about a schoolteacher and the six dudes who dared to mess with her after she witnesses a murder on a lonely section of the Karoo region. They quickly learn who they’re messing with. I’d actually advise not watching the trailer and going in on this one cold on this one, with the knowledge that it is exactly the type of film you expect it to be. Watch Hunting Emma for free on Tubi. 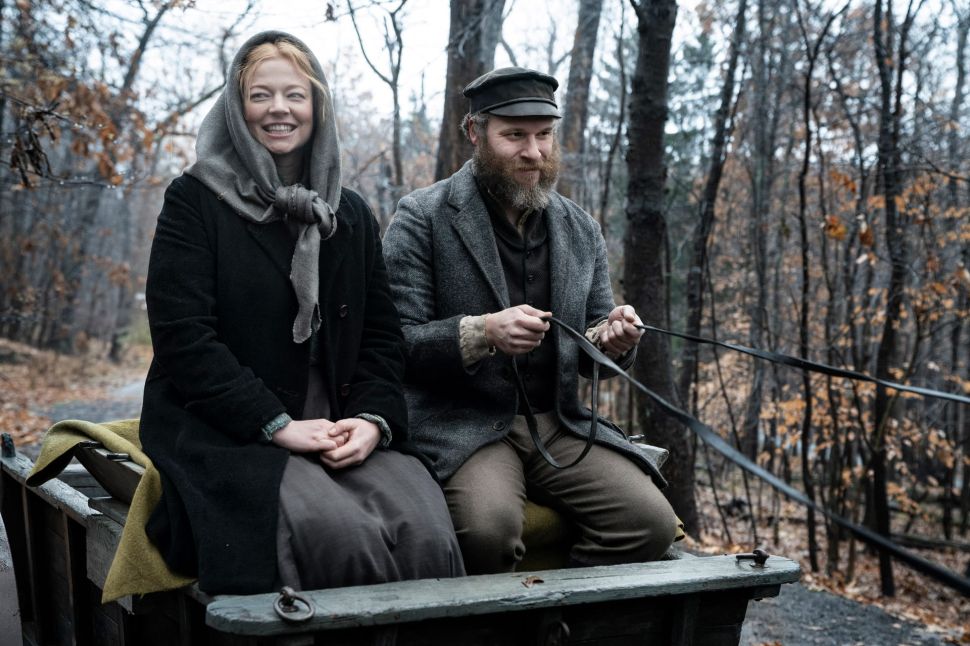