SEE ALSO: Our Review of ‘Bill & Ted Face the Music’

It’s a bummer that Cobra Kai never quite found a mass viewership on YouTube’s paid channel, but hopefully Netflix can broaden it’s audience. By practically all critic accounts, the successor to the Karate Kid franchise is well worth your attention, packed with action and big character moments from Ralph Macchio’s Daniel LaRusso and William Zabka’s Johnny Lawrence, reprising their roles and mentoring a new generation. Watch Cobra Kai on Netflix.

If there’s one thing Martin Scorsese has always proven himself a master at, it’s humanizing outsized characters. In that sense, bringing the Messiah to earth was perhaps the ultimate challenge. Willem Dafoe stars as Jesus Christ in the controversial 1988 classic The Last Temptation of Christ, which is transparently more about a man’s psychological journey navigating doubt and temptations than any miracles specifically detailed in the Gospels. In doing so, the critic Roger Ebert argued, Scorsese and screenwriter Paul Schrader took “his message seriously, and they have made a film that does not turn him into a garish, emasculated image from a religious postcard.” Watch The Last Temptation of Christ for free on Peacock.

The 2019 reboot/sequel of Clifford the Big Red Dog, produced for Amazon Prime Video and PBS Kids, is absolutely a treasure and a perfect treat for young children. It’s flash-animated and storybook-like in presentation, amplified by the voices of Hannah Levinson and the 9-year-old Emily who anchors the show and Adam Sanders as the big red dog Clifford himself. The episodes drop in batches on Amazon Prime first, followed by subsequent debuts on PBS Kids. Watch Clifford the Big Red Dog on Amazon Prime Video.

There’s no question that The X-Files changed TV when it first aired in the ’90s—delivering audiences with a healthy does of Mulder and Scully paranormal mystery banter every week. The whole show is available on Hulu and you could certainly watch all 117 of them straight through, but the monster-of-the-week episodes are my favorite to pick up on the fly. One of the best you can check out is the Season 6 gem “Drive”—the episode of television that Breaking Bad‘s Vince Gilligan later used to goad AMC execs into hiring Bryan Cranston. Watch The X-Files on Hulu.

The wonderful anthology concept Infinity Train started on Cartoon Network, but now the whole run, including new episodes from the current Season 3 run, are available on HBO Max. Creator Owen Dennis’s show is part Snowpiercer part Westworld, where characters trapped on a fast-moving cosmic locomotive must cycle through imaginative new worlds as they change cars and try to get off the train. Whether they can succeed depends on a mysterious number that appear on the passengers’ hands. Watch Infinity Train on HBO Max.

Tubi’s martial arts collection is one of the streaming service’s most vibrantly well-stocked genres. Legendary actors and martial artists like Bruce Lee and Sammo Hung are represented in dozens of films, and so is the great Jackie Chan. His 1993 film Crime Story is one of his most critically respected—and uncharacteristically serious—films in his filmography, partly based on a real-life kidnapping. When it was imported to the US, Bob and Harvey Weinstein’s Miramax infamously made cuts to the movie, but the version available on Tubi is the full 107-minute cut. Watch Crime Story for free on Tubi. 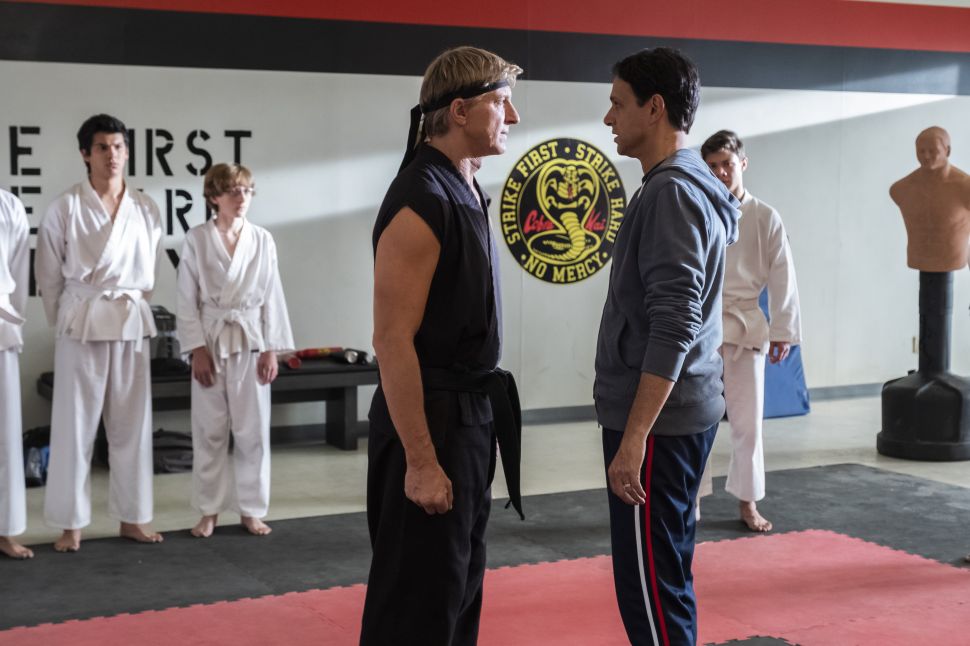