Over the summer, museums all across the country have been implored to improve their track records when it comes to exhibiting work by Black artists and nurturing the hiring of Black museum employees. The Whitney Museum of American Art, which has already been at the receiving end of protests recently, further incited the rage of its detractors this week. Multiple artists revealed on social media that the museum had purchased their works at far below market value from See In Black, an artist collective raising funds for charity for anti-racist initiatives.

The artists priced each piece at $100, presumably to make the sale more egalitarian and accessible to those wishing to acquire their work. According to the artists involved, the Whitney subsequently added these artworks to an upcoming exhibition that was to be called “Collective Actions: Artist Interventions in a Time of Change” without first obtaining permission to do so from the artists themselves. On Tuesday, the Whitney Museum announced the show had been canceled.

Gioncarlo Valentine, a photographer whose work Untitled was purchased by the Whitney without his knowledge, expressed his extreme disappointment on Twitter alongside a screenshot of an email he received from a museum staffer. In the email, the staffer asks Valentine to pass along his place and year of birth so that the information can be included on a label citation in the exhibition. “I’m speechless,” Valentine wrote. “Like… people DREAM of having their work shown in the Whitney, and y’all out here trying to grab the shit on sale? Like the tear gas shit wasn’t tarnish enough?”

a statement from see in black: pic.twitter.com/oVep4ulvVc

See In Black, the artist collective that the Whitney purchased artwork from, also released a statement condemning the exhibition. “The Whitney’s use of the works acquired through the See In Black print sale at significantly discounted prices—the proceeds of which were donated 100 percent to charity—constitutes unauthorized use of the works to which the artists do not consent and which the artists were not compensated,” the statement reads in part. “Furthermore, See In Black is not affiliated with the Whitney’s exhibition.”

Texas Isaiah, another artist whose work was purchased by the Whitney via the See In Black collective, told the Huffington Post that the museum spent only $100 on acquiring his art. When the astronomical prices of much of the other art in the museum’s collection is considered, the conditions under which this exhibition came to be comes off as particularly egregious. “The Whitney is a major institution, and I understand why it can be a little intimidating to speak up,” Isaiah told the Post. “However, if they managed to acquire the works in this manner, they do not deserve them at all.”

The museum has not yet been responsive to Observer’s request for comment. 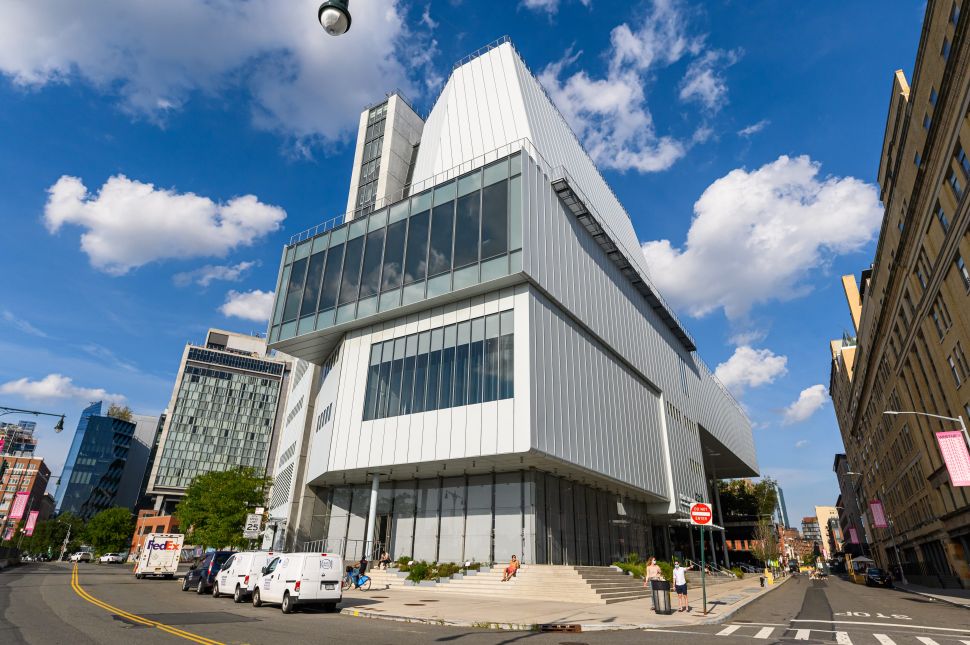