If an artist doesn’t have a Wikipedia page, does he or she even exist? The popular online encyclopedia dominates Google searches. Major art world players like museums and galleries use its content. But the website doesn’t present a full picture—only around 20 percent of Wikipedia’s volunteer editors are female and as a result, there are far fewer pages about women artists.

“When cis and trans women, non-binary people, people of color, and Indigenous communities are not represented in the writing and editing on the [seventh]-most-visited site in the world, information about people like us gets skewed and misrepresented,” claims Art+Feminism, a nonprofit organization founded in 2014 to address the gender gap in Wikipedia’s coverage of female artists. “The stories get mistold. We lose out on real history.”

Art+Feminism organizes Wikipedia edit-a-thons—in-person events that try to chip away at online imbalances, especially as people increasingly experience art on the web. Digital activists meet somewhere equipped with laptops, snacks and reputable sources of information, poised to beef up existing Wikipedia profiles or create new ones. Over 18,000 people at 1,260 events worldwide have participated so far, resulting in the creation and improvement of nearly 84,000 Wikipedia pages.

Now, due to coronavirus, these events are still happening but they’ve shifted to being entirely online. “One advantage of the time we’re in now is that physical location isn’t currently a barrier for participation,” Kira Wisniewski, executive director of Art+Feminism, told Observer. “The labor of editing Wikipedia and Wikidata is still feasible in the era of a pandemic.”

Pre-COVID, edit-a-thons took place at major museums such as New York’s Museum of Modern Art, Tate London, Los Angeles County Museum of Art, and the Smithsonian American Art Museum. The National Museum of Women in the Arts (NMWA) in Washington D.C. has held them every year since 2014.

The NMWA is now poised to host its 8th edit-a-thon on August 11—from afar. And this year the museum is focusing on artists of African descent whose artworks are included in its collection.

“This Wikimedia edit-a-thon is critical for us to more closely assess our holdings by artists of African descent—to learn more about artists whose works are included in the collection and clarify where we need to strengthen and enrich our holdings,” notes Katie Wat, the deputy director for Art, Programs and Public Engagement at the NMWA.

Some of the artists earmarked for the remote session already have Wikipedia pages, such as Amy Sherald, Alison Saar, Zanele Muholi, Nellie Mae Rowe, Chakaia Booker, Ingrid Mwangi, and Amalia Amaki. But a few don’t have entries at all, like printmaker Delita Martin and book artist Tia Blassingame.

And, notably, several of the above artists don’t have entries on the NMWA’s online database either, even though their work is held at the museum. A lack of digital visibility—perhaps especially for artists of color—doesn’t stop being a problem when an artist enters a museum’s permanent collection.

Hopefully the event will make it easier for as many web searches as possible to find the work of artists included in this year’s edit-a-thon, like the Hair Craft Project of Sonya Clark, Renée Stout’s installations, or the large and colorful canvases of Mildred Thompson.

“[Women] need opportunities for their work to be championed,” adds Wat. “Driving and sustaining this overall upward trend will take commitment from patrons, museums, and curators worldwide.” 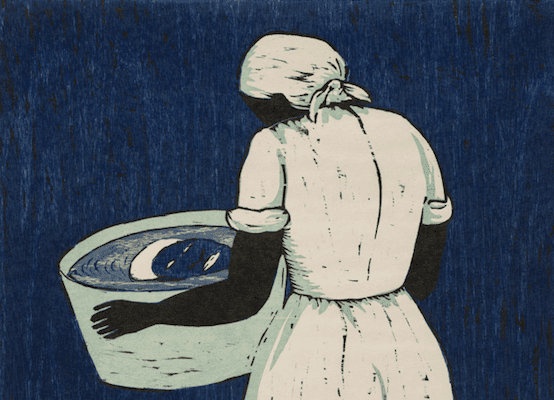