Over the summer, the Metropolitan Museum of Art has been dealing with both a state of prolonged closure and internal reevaluations when it comes to institutional restructuring. In general, the museum could use a win, so it’s certainly welcome that the famous conceptual artist Yoko Ono has reportedly created two massive, 24-by-26-foot sized banners that will be draped over the Met when it reopens on August 29th. The banners, which specifically will be placed in the space on the Beaux-Arts building which typically advertises upcoming and current exhibitions, will be emblazoned with the words “DREAM” and “TOGETHER” to point to the deep need for community during the pandemic.

“This display is a signal of the life returning to New York City and the Met, both of which thrive on community and a sense of shared optimism for the strength of the human spirit and the power of art to bring comfort, inspire resilience, and help us understand our turbulent times,” Daniel Weiss, the president of the Metropolitan Museum of Art, said in a statement. Additionally, Ono’s banners will be displayed alongside four female sculptures made by the artist Wangechi Mutu and produced as part of the museum’s commission series.

The next commission to be featured on the Met’s facade will go up in November 2020 and it will include work by the artist Carol Bove. Yoko Ono is an artist well-suited to comment on the Earth’s need for connectivity and the power of the human spirit. Ever since she first skyrocketed to fame because of her proximity to John Lennon, Ono’s intertwined art and activism have insisted upon grace and anti-violence. Given this year’s political climate, Ono’s work seems more powerful than ever. 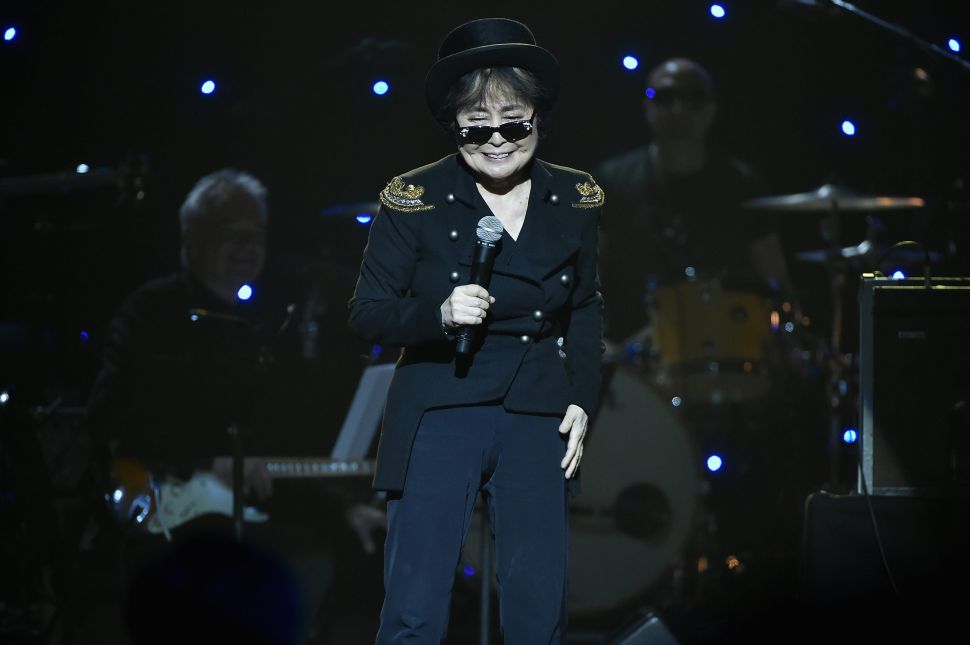