September 11 is always an extremely fraught and heavy date for Americans across the country, but the day is particularly poignant for New Yorkers, who were in extremely close proximity to the impact and fallout of the terrorist attack when it occurred 19 years ago. In the aftermath, locals have found annual solace in the “Tribute in Lights” art installation, which beams up each year from Ground Zero. The light show was briefly cancelled earlier this year due to the coronavirus before being reinstated, and now, a new push for the installation to become permanent has been introduced to the public debate

Philip K. Howard, who was the chair of the committee which conceptualized the March 2002 debut of the 9/11 “Tribute in Lights,” recently told the New York Daily News that making the light installations permanent would greatly enhance their impact. Howard also has a concrete plan to pull this off: the project would include executing a location near or at Ground Zero where the lights would be housed in a below-ground storage space and raised each year for September 11. Additionally, an architect named Richard Nash Gould who’s attached to the project has already drawn up plan outlining this concept.

The issue is that the “Tribute in Lights” is both expensive to execute and extremely difficult to get exactly right. The Municipal Art Society of New York, the tribute’s sponsor, spends approximately $500,000 per year beaming the lights into the sky, and the two 7000-watt bulbs involved in the project have to be painstakingly adjusted by hand to ensure they’re facing directly upwards towards the heavens. If one of the lights is just fractionally askew, the whole effect is completely ruined.

A process like this also currently requires the efforts of an Italian company that makes the aforementioned lights called Real Space Cannon, as well as a crew of approximately 30 electrical technicians, stagehands and other professionals. Howard’s argument is that a permanent home for the annual light show would smooth out the process considerably. “We can raise money and build it and endow it, so it’s not a burden on the taxpayers,” Howard told the New York Daily News. “It could be turned on whenever appropriate. It’s appropriate to create a memorial like this.” 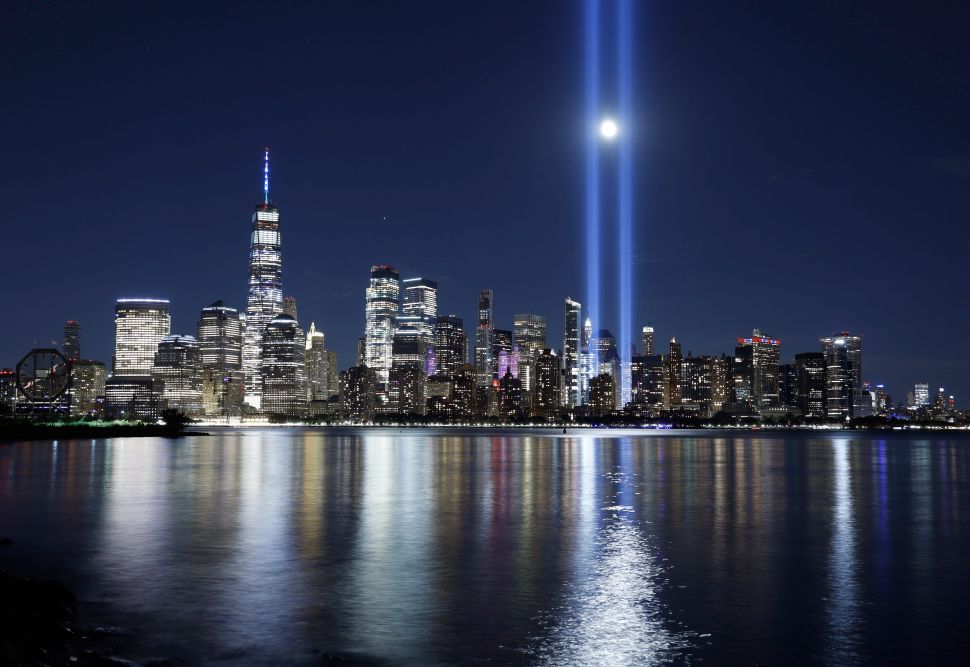