Though the devastation of COVID-19 has made the still-raging pandemic the most pressing and immediate issue of the year, climate change remains the most pervasive and long-term threat to the ongoing survival of humanity.

The last several weeks have underlined just how quickly and dramatically the weather can wreak havoc on communities around the world, in every single type of environment. From the wildfires in California and Oregon turning mountains into ash and enclosing cities in neon orange poison domes to the “unsurvivable” hurricane swells in Louisiana, extreme weather events are now inescapable.

While it’s incumbent on governments and major corporations around the world to limit carbon emissions and implement other changes to curb climate change wherever possible, the best that citizens and individual businesses can do is be better prepared to adjust at a moment’s notice. AccuWeather, a top meteorological service and media network since its founding in the 1960s, is helping to lead the way.

Founded in 1962 by Dr. Joel Myers, then a professor at Penn State, the company has long prized both accuracy and granularity in its forecasting. Myers sought to produce more local weather forecasts with hour-by-hour predictions and employed a broader data set and more advanced metrics to do so; as he likes to say, the company was using artificial intelligence and algorithms long before they were en vogue. AccuWeather has rolled out advanced predictions for major weather events and their subsequent impact, which have become more important as events have become more extreme.

The company famously predicted the gargantuan force and catastrophic aftermath of Hurricane Katrina, and when its warnings went unheeded, it was entered into the Congressional record as a cautionary tale for this new era of weather wreckage.

As hurricanes continue to batter the coasts and wildfires rage, Observer spoke with Myers about how AccuWeather is continuing to innovate in its forecasts with more advanced data and algorithms to help people around the world prepare for both extreme events and the new normal of living on a changing Earth.

The forest fires in California and Oregon are both destroying vast swaths of land and damaging the air quality. How do you predict damage from those events, which aren’t necessarily traditionally “weather,” as we normally think about it?

When tracking the potential impact of a wildfire, AccuWeather looks at winds at various levels of the atmosphere, directions, speeds and how they will be changing. We will also look at dryness and drought, vegetation and growth based on recent drought or rain conditions, how dry it is, topography, whether there is any rain in the forecast. There are many other factors, including forecast models and the forecasting expertise of our over 100 expert meteorologists, which has been honed and refined over 58 years.

When we issue a total damage and economic loss estimate, we base it on an analysis incorporating independent methods to evaluate all direct and indirect impacts of the wildfires based on a variety of sources, statistics and unique techniques to estimate damage developed over a decade. This estimate includes acres burned, damage to homes and businesses as well as their contents and cars, job and wage losses, infrastructure damage, auxiliary business losses and school closures.

The estimates also account for the costs of power outages to businesses and individuals and for economic losses because of highway closures and evacuations, as well as extraordinary government expenses for cleanup operations, in addition to lingering effects, such as long-term impact on health due to poor air quality.

I’ve seen indexes for air quality, but I’m not sure how they work. After seeing what’s happening in San Francisco, I realize how important they are.

We are now rolling out the most specific and detailed air quality data and forecasts, hour by hour for 96 hours, for all parts of the world. An extraordinary seven million people a year die due to bad air. Between 50 and 100 million are sickened in some way. So it’s huge and there’s really not much valuable available information to help people make decisions. The air pollution problem is the particles that you inhale. And some of them can be acidic and droplets can have gasses like ozone, which can do a lot of harm.

We partnered with a European company and this data is more specific, and forecasts for these things far better than ever before. And we’re rolling this out to hopefully allow people to make better decisions about their health, like when to go outside, where to not travel. During the forest fires in California three years ago, the three worst cities in the world in terms of dirty air were California cities. It was very harmful to the health of the people there.

We just saw one of the biggest hurricanes in history hit Louisiana. What’s interesting to me is the prediction, ahead of time, of how much physical and economic damage these storms can produce. What goes into that?

We have a real impact scale for hurricanes. The scale that’s been used, the Saffir-Simpson scale for wind, has been used for 40 or 50 years. The categories of storms go up to five, but it’s just based on the wind speed over the ocean and Gulf of Mexico. So a storm can be a Category 5 out at sea, but when it is weakening and hits the coast at a 1 and it does minimal damage, we may categorize that as a less than 1.

But we have more criteria than just the wind over the ocean. The criteria is for what it means for people on land in terms of storm surge, the amount of damage that will result from rain, from wind, and so on.

AccuWeather developed a whole scale to consider how many buildings were damaged, the average value of both homes and businesses. Depending on how much flooding will happen, we can predict how many cars are lost and how many jobs are lost, what’s the cost to repair bridges and roads. We also look at how many businesses were put out of business, how many are going to take weeks or months to reopen and the number of people who lost income because of that, both the business people and workers.

In the case of Hurricane Harvey, we factored in the disease and the standing , the heat and humidity of the summer, and the six-month tail effect. For hurricane Maria in Puerto Rico, that was part of the real damage of that storm because there was disease spread, so people were getting sick and dying up to six months later.

You do a lot of corporate work and work with state governments, which really often bear the burden of preparing for these disasters.

We work for more than half of the Fortune 500 companies. I think it’s 75 of the global 100 companies, from railroads to retail companies. Plus cities and counties, turn to us for snow and dealing with storms. So the whole gamut of insurance companies, really about 30 or 35 different types of businesses. We help make their operations more efficient, reduce costs, to keep their people safe, and to minimize liability.

We work with them to keep refining over time and providing them information. Some companies need more advanced notice than others; some may need a week in order to prepare, while others can make operational changes hour by hour. Like with Hurricane Harvey, one of our major clients is Lowe’s, which has 11 stores in Houston. We said these six stores will be flooded, so go get the products and people out, while these five will be high enough to operate, so bring in generators and the other things that people will need, and promote the fact that you’ll have them. 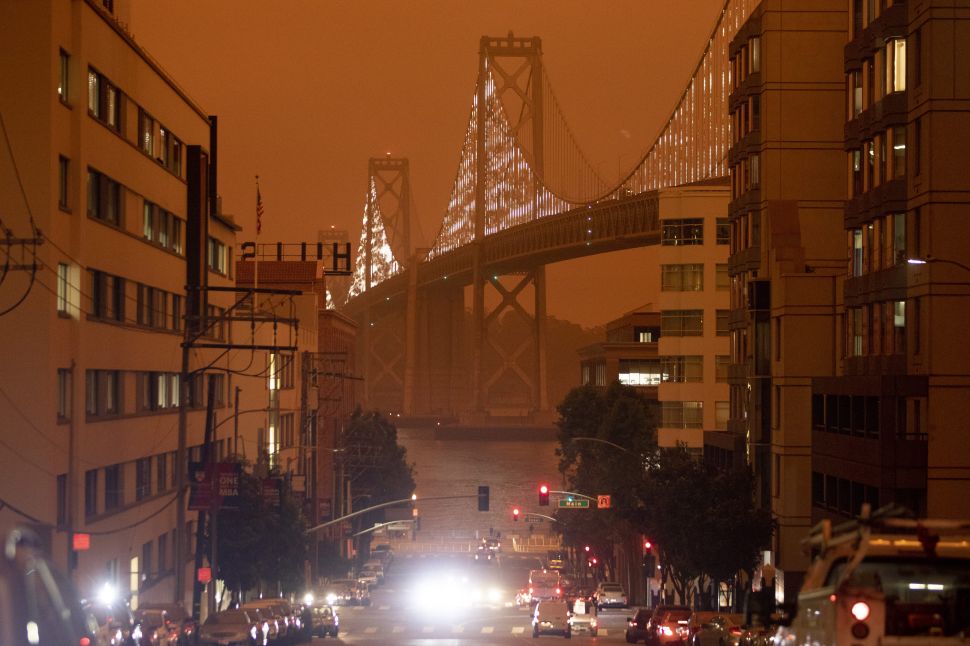