Last Friday, Amazon released the first three episodes of the highly anticipated second season of the superhero series The Boys. While The Marvelous Mrs. Maisel is Amazon’s most decorated original series at the moment, there’s a case to be made that The Boys is Prime Video’s flagship series. Subverting the endlessly growing superhero genre while still taking advantage of its massive popularity, the show provides Amazon with the genre-tinted broad appeal blockbuster hit every streamer needs these days (and they still have the $1 billion Lord of the Rings series on tap). But we’re curious how The Boys stacks up against the other breakout genre hits leading the streaming charge across the TV industry.

Reelgood—a streaming aggregator that tracks every TV show and movie available online for its 2 million-plus U.S. users—compared the opening weekend viewership of The Boys Season 2 to Netflix’s Stranger Things 3 and Disney+’s The Mandalorian. Interestingly, Amazon’s dark and gritty superhero tale seems to have outperformed its rivals in a key metric.

The first three episodes of The Boys Season 2 drew a 7.2% share of streams relative to the top 100 most-watched TV shows on Reelgood within its opening weekend. It actually beat out Stranger Things 3 (5.8%) and The Mandalorian (4.4%). It’s worth noting that all eight episodes of Stranger Things 3 were available within its timeframe while just two episodes of Disney+’s blockbuster Star Wars sere were available. All three series ranked No. 1 among the 100 most-watched shows on Reelgood during the specified timeframe. When it comes to the hierarchy of digital originals, these three series likely sit at the top.

The impressive performance isn’t a huge surprise given the positive reception to Season 1. Viewers were clearly excited to catch up ahead of new episodes as The Boys has been Amazon’s most in-demand original over the last 60 days and the seventh most in-demand series across the entire platform over the last month, according to data analytics firm Parrot Analytics.

Though the pandemic has been a boon for streaming thanks to home confinement, The Boys‘s Season 2 debut is made all the more impressive by the competition it faced. Christopher Nolan’s highly-anticipated Tenet arrived in domestic theaters the same weekend as did Mulan on Disney+ Premier Access. Netflix also debuted Hillary Swank’s Away on September 4 while Peacock premiered Season 3 of A.P. Bio and HBO Max delivered Ridley Scott’s Raised by Wolves. That’s a crowded entertainment marketplace to kick off a new season, but The Boys Season 2 seems to have delivered. 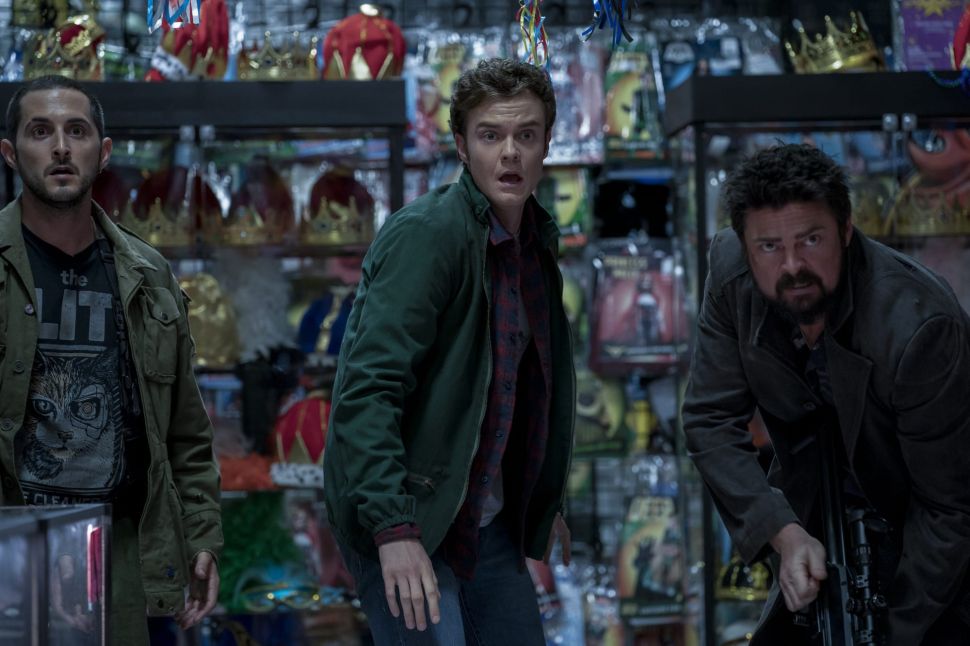