At its annual fall product reveal event on Thursday, Amazon introduced a set of new security devices designed for cars as part of its Ring product line. And Tesla vehicles will be first to have some of them installed when they hit the market in early 2021.

Car Alarm is a simple device that plugs into your car’s OBD-II diagnostic port. It will send alerts to your phone when it detects a break-in, an accident or someone trying to tow your car. It also has a built-in siren that you can activate remotely. It will retail for $59.99.

Car Cam is a dual-camera device mounted on a car’s dashboard. With one camera facing the front windshield and the other facing the car’s interior, it can record going-ons both inside and outside of the vehicle.

Like Car Alarm, the camera sends alerts to your phone whenever it detects an unusual event. Owners can also tap into the cameras’ feeds to see what’s happening in real-time.

Another feature is “Traffic Stop,” which allows owners to remotely turn on the cameras when being pulled over. The cameras will automatically start recording and save footage to the cloud. It goes for $199.99.

Amazon said it’s working with several automakers to include build Car Connect in new vehicles. Tesla customers will be the first to have them. Owners of the Model 3, X, S, and Y that have Sentry Mode enabled will be able to install a device connecting Ring functions to their vehicles’ existing cameras. It too will sell for $199.99.

Correction: A previous version of this article inaccurately stated that Ring formed a partnership with Tesla on Car Connect. 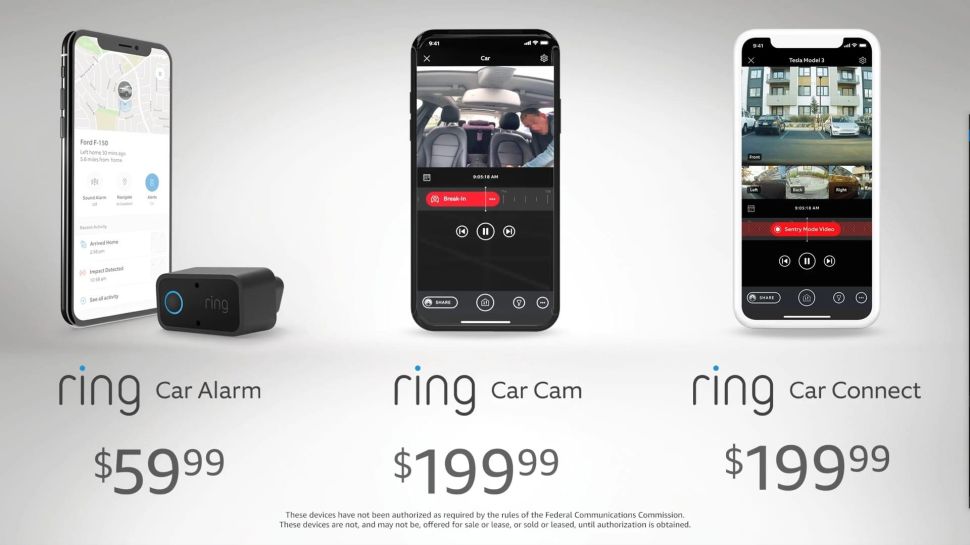