If there’s ever a time to focus on wearable technology with medical applications, 2020 is the year to do it.

Due to the pandemic’s disruption to its supply chain, Apple couldn’t make a new iPhone in time for this year’s September product reveal. Instead, the consumer tech giant is meeting demand with a new Apple Watch at its online event called “Time Flies.” The company also unveiled a new iPad.

The event begins on Tuesday at 10 a.m. Pacific Time or 1 p.m. Eastern Time. You can watch the live stream on Apple’s website.

As expected, Apple unveiled the Apple Watch Series 6, a successor to the high-end Series 5 with faster processor and improved health and design features.

No USB adapter in box: The new Apple Watch will not come with the USB power adapter. Apple said the change is part of its carbon footprint reduction initiative. So, good luck finding your own Apple Watch charger!

On the less expensive side, Apple also unveiled the Apple Watch SE, an update on the three-year-old Apple Watch Series 3.

Apple says the SE is up to two times faster than the Series 3, thanks its S5 chip, and comes with many of the old watch’s popular features, including sleep tracking, fall detection, compass and an always-on altimeter.

Both SE and Series 6 are available in store and online on Friday, September 18. 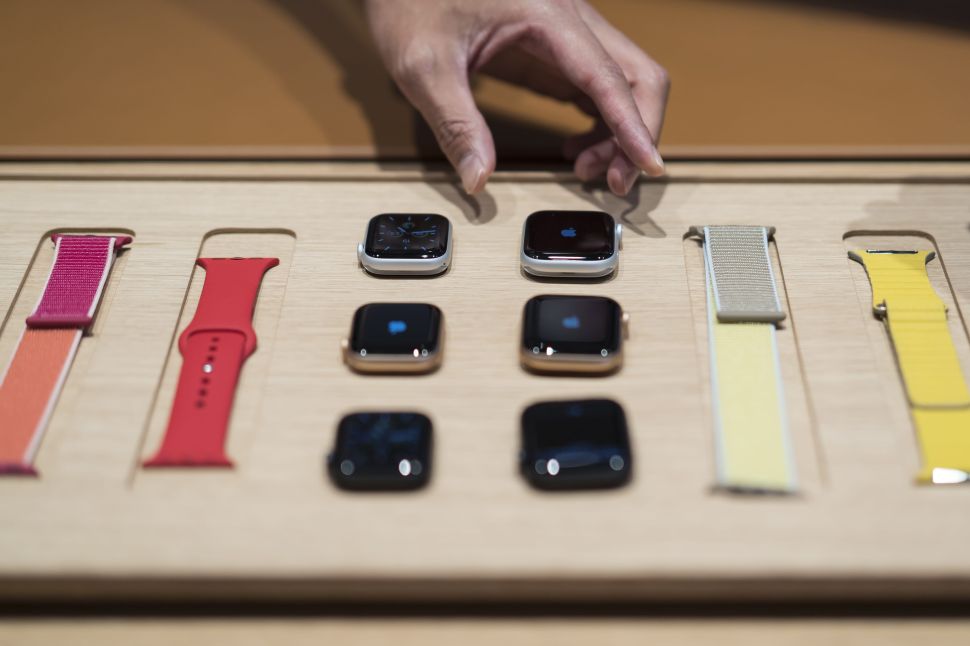