In a world that seems to be turned on its head, it’s good to know some things don’t change. Like Banksy’s commitment to making fun at the expense of the audience who loves him so much. In an auction titled “Banksy: I can’t believe you morons actually buy this sh*t” (not the first time an auction has run with this title)  a rare proof of the artist’s iconic image Balloon Girl – Colour AP (Purple), 2004, sold for £791,250 pounds ($1 million), breaking both the world auction record for a Banksy print and the world record for a print sold in an online auction.

Banksy works reliably tend to fetch high prices at auction, but his Balloon Girl imagery in particular has captured the public’s imagination. This is particularly because in 2018, after Banksy’s Girl With Balloon sold at a Sotheby’s auction in London for a staggering price of $1.37 million, the work of art proceeded to shred itself into ribbons in front of an astonished audience. Some deemed the stunt moronic, while others found it brilliant; regardless, it worked its way into the public imagination.

And next month at Sotheby’s in London, another work by Banksy will go up for auction that could similarly command competitive prices: Show me the Monet, 2005, is the artist’s pastiche of Monet’s famous The -Lily Pond, 1899, with traffic cones and discarded shopping carts spoiling the famously tranquil scenery. According to Forbes, the English singer-songwriter and huge Banksy fan Robbie Williams is ready and willing to pay as much as £10 million for Show me the Monet, which is a level of commitment perhaps even the artist himself could not have anticipated. Banksy may reoccur in our minds and discussions far more often than we’d prefer, but there’s one realm he’s yet to concur: museum collections. Maybe that’ll be the artist’s focus in 2021 and beyond. 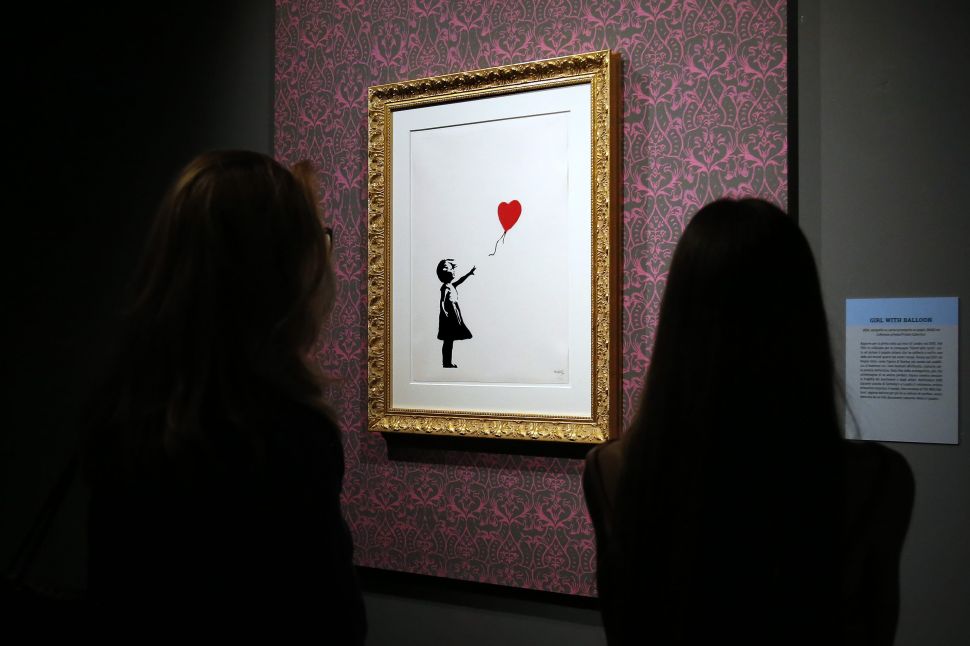