Under normal circumstances, 2020 was meant to shatter the television record with more than 530 scripted series airing across broadcast, cable, and streaming. Sadly, 2020 has wound up as anything but normal. The coronavirus pandemic forced a global production shutdown and took a sledgehammer to the small screen schedule. Despite the unprecedented interference, however, the show goes on.

Hollywood is not an industry that comfortably rests on its laurels and the fall television season reflects that restlessness. Between the debut of highly anticipated new series and the return of big budget blockbuster shows, the next few months will be a crowded viewing marathon for dedicated couch potatoes. Here’s what you should be watching out for.

A.P. Bio is one of the more under-appreciated sitcoms of recent memory as evidenced by its cancellation following a criminally underseen second season. But thanks to a small but vocal fanbase and the ever prevalent need for content, the show is receiving a Season 3 reprieve on the recently launched NBCU streaming service Peacock. It’s a well deserved second chance.

A.P. Bio mixes a talented cast with a familiar premise—arrogant authority figure loses his cushy gig and must redeem himself—to supply genuine laughs in a sweetly sardonic series. In the midst of a seemingly endless pandemic, a solid sitcom can do wonders for your mental health.

While The Boys may revel in its own gory cruelty a bit too often for our taste, there’s no denying that it has injected much-needed flavor and life into the assembly line of homogenized superhero material. Between the all-consuming onslaught of Disney’s Marvel Cinematic Universe, Warner Bros.’ ever-growing DC Extended Universe, and the plethora of adjacent superhero stories popping up across film and TV, it’s nice to have something that is proudly, if messily, opposing the standard form and function of the genre.

The Boys irreverently commodifies the idea of superheroes into quantifiable products mass-marketed to the world. What’s worse—just about every one of the super “heroes” is a raging sociopath that knows how to wink and smile when the cameras are on. If Season 1 was about failing to destroy the pedestal these false gods have been anointed, Season 2 is very much about accepting loss and persevering anyway. But in the dark and cynical world of The Boys, a moral compass will get you killed.

Hulu struck out with its own family drama masquerading as an adventure of space exploration with Sean Penn’s The First. Will Netflix be able to capably blend the two or follow in the same footsteps? Two-time Academy Award winner Hilary Swank plays Commander Emma Green, who leaves behind her husband and daughter to lead an international crew of astronauts on a perilous three-year mission to Mars. On the surface (planet pun intended), that’s a fascinating concept to start.

Woke follows Keef, an African American cartoonist uninterested in social causes and finally on the verge of mainstream success when an unexpected run-in with the police changes his life. Keef must now navigate the new voices and ideas that confront and challenge him, all without setting aflame everything he’s already built.

Inspired by a true story, the show was created by real-life cartoonish Keith Knight and screenwriter Marshall Todd (Barbershop). It uses surrealist humor (the trailer does feature a talking trash can, after all) to illuminate deeper truths about the flawed, and quite possibly broken, world around us. After years of struggling to develop a complimentary hit to The Handmaid’s Tale, Hulu is on a creative roll for the last two years.

Leave it to HBO to create an appropriately unnerving and sinister limited series just in time for the cold weather.

Created by Dennis Kelly and Felix Barrett, The Third Day is split into two distinct tales to further disorient the viewing. “Summer” follows Sam (Jude Law), a grieving man drawn to a mysterious Island off the British coast, where he encounters a group of islanders set on preserving their traditions at any cost. That’s about as ominous as it gets. “Winter” unfolds over the latter three episodes as Helen (Naomie Harris), a strong-willed outsider who comes to the island seeking answers, but whose arrival precipitates a fractious battle to decide its fate.

Our best guess: things do not go well for either island patron.

Despite the iconic source material, Brave New World did not break out as Peacock’s flagship series, leaving the fledgling streamer without a creative anchor à la Stranger Things or Game of Thrones. While Departure isn’t as ambitious as those blockbuster counterparts, it is more in step with NBC’s successful brand of serialized procedural drama.

When passenger plane Flight 716 shockingly vanishes over the Atlantic Ocean, brilliant investigator Kendra Malley (Archie Panjabi) is brought in—alongside her mentor Howard Lawson (Christopher Plummer)—to unearth the buried truth and prevent it from happening again. Still reeling from the recent death of her husband and struggling to parent her troubled stepson, Kendra isn’t sure she’s up to the task—especially when the whole world is watching.

NBCU pre-bought Departure, which was originally commissioned by Canadian broadcaster Global, and hopes the conspiracy series can cut through the clutter of streaming.

The Emmy-nominated Pen15 has been described as a “traumedy” thanks to the awkward, hilarious, painful and cringe-inducing perils of adolescence set in middle school of 2000. Anna Konkle and Maya Erskine play versions of themselves as 13-year-old outcasts—hilarious in concept and yet surprisingly affecting in execution—surrounded by actual teenagers. In this world, seventh grade never ends and the pains of growing up are inevitable.

Audiences will need to suspend their disbelief at the door and squirm their way through the most excruciating aspects of their childhood AKA the most fun they never want to have again. If you can do that, you’ll find a sweet, humorous, and emotional joy in Pen15.

Jeff Daniels, Brendan Gleeson, Holly Hunter, Michael Kelly, Scoot McNairy, Jonathan Banks, Brian d’Arcy James. Are you really not going to watch a cast this positively stacked? Of course you are. It helps that The Comey Rule will follow recent political history and feature interpretations of our biggest political figures of the moment (for better and for worse).

The miniseries is based on former FBI Director James Comey’s No. 1 New York Times bestselling book A Higher Loyalty and more than a year of additional interviews with a number of key principals. Written by Billy Ray (Richard Jewell), it explores the turbulent events surrounding the 2016 presidential election and the relationship between President Trump and James Comey in the first months of the new administration. 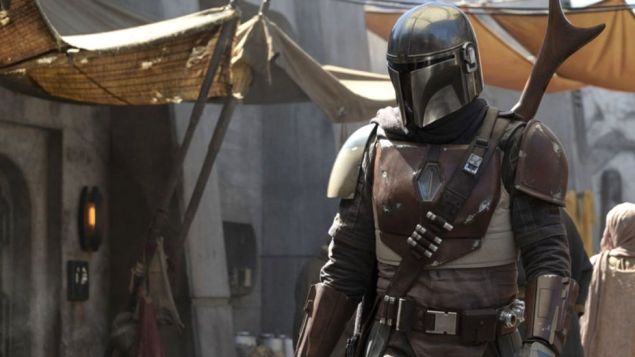 While Disney has not yet announced an official release date for Season 2 of The Mandalorian, they have confirmed that the highly-anticipated follow-up will arrive sometime in October. Coming off a massively successful rookie run in which The Mandalorian became one of the most popular digital series around the world and scored a surprise Best Drama Emmy nomination, there’s plenty of reason to be excited for more.

For starters, Rosario Dawson has joined the cast as the first live-action iteration of fan-favorite character Ahsoka Tano. This is a BIG deal for die-hard Star Wars fans. Plus, Giancarlo Esposito—who briefly appeared at the end of Season 1 as antagonist Moff Gideon, has teased some “epic” lightsaber battles to come. Even if the show’s writing isn’t as compelling as its action and Easter eggs, there’s enough oomph for all Star Wars fans to enjoy.

We are loving Nicole Kidman’s recent comeback as the most dynamic performer on TV and we’re absolutely in support of Hugh Grant’s late-career embracement of his inner weirdo. Created by David E. Kelley (Big Little Lies) and directed by Susanne Bier (Bird Box, The Night Manager), The Undoing brings both together in a new HBO limited series that looks to mystify with a dark mystery.

Kidman and Grant star as Grace and Jonathan Fraser, who are living idyllic lives to any outside observer. But overnight, a violent death opens a chasm in their lives that leads to a chain of terrible revelations. Noah Jupe, who proved ability far beyond his years in last year’s Honey Boy, plays their child stuck in the middle.

Based on the novel You Should Have Known by Jean Hanff Korelitz, The Undoing could be our collective new romantic drama obsession. And if HBO wants to add Meryl Streep to a potential second season, we certainly won’t object. 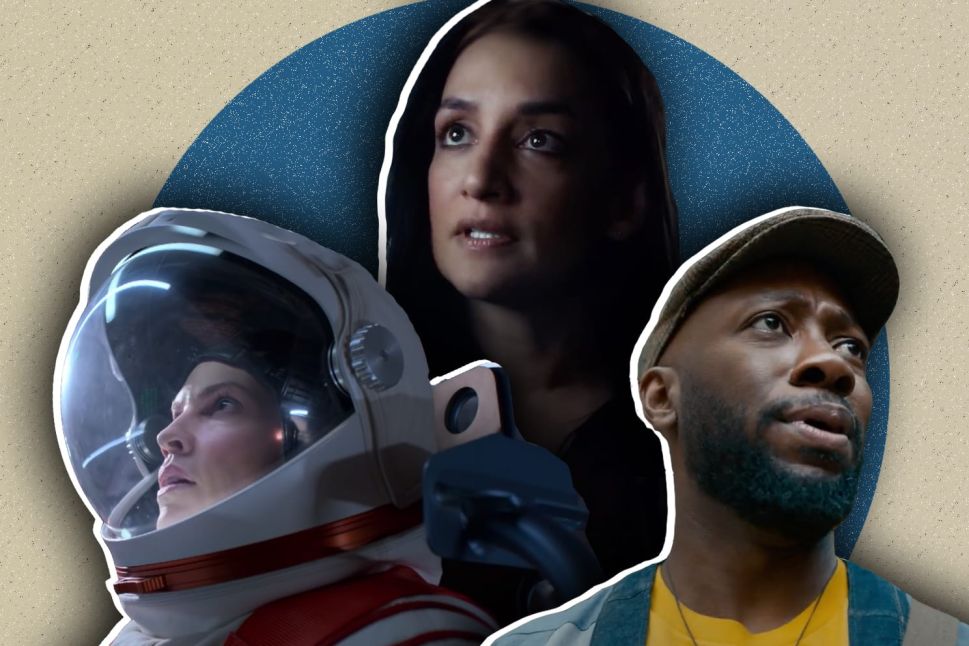