If you’re not yet watching AMC’s Better Call Saul after five excellent seasons, you’re missing out on arguably television’s top drama. If, somehow, you have yet to watch both Breaking Bad and Better Call Saul, we have no idea how you survived small talk at cocktail parties in the pre-COVID era. What began as the era of Peak TV in the mid-2000s has transmogrified into the time of Too Much TV. Yet Breaking Bad and Better Call Saul stand out as original creations; adult dramas in the midst of sweeping fantasy sci-fi epics and franchisable brands.

The organic development of the prequel series has enabled the show to quickly abandon the early notions creators Vince Gilligan and Peter Gould had for it, in a good way. As Better Call Saul prepares for its final season (which was delayed due to COVID-19 and is unlikely to start filming until 2021), Gould reflects on what has surprised him most about the show’s progression.

“I don’t think we expected it to be nearly as dramatic as it is,” he told The A.V. Club. “I think in the back of our minds, we always felt that Saul Goodman is a funny, lighthearted character who’s kind of at peace with himself, and the show has turned out to be much more emotional, more passionate—and actually, maybe biggest surprise of all, more romantic—than we would have ever expected. And Jimmy, played by Bob [Odenkirk], most of all had depth that I just, I don’t think we ever suspected this character would have. And likewise “Chuck, well-played by Michael McKean for three seasons, also turned out to be much more complex than we thought. Also, we thought we were making the story of Jimmy McGill and Mike Ehrmantraut. Turns out yes, it’s their story, but it’s also Gustavo Fring’s story. And maybe most surprising of all, Kim Wexler’s story. So those things all surprised us.”

In Better Call Saul‘s first four seasons, audiences could argue that it harbored two series in one: a character-driven legal drama about Jimmy’s quest for redemption and a cartel-adjacent crime series with Mike in the middle. For better and, occasionally, for worse, this is how the show was fragmented. But in Season 5, the two worlds finally began to bleed into one another as Jimmy’s narrative collided with the more explosive elements Better Call Saul had been building toward. And while the prequel has been adamant about standing as its own unique creation, it has peppered in cameos and references to its famous big brother. In the upcoming sixth and final season, it sounds as if Better Call Saul will further embrace the legacy of Breaking Bad.

“And as we’re working on season six—I don’t wanna say too much—but the show has more of a relationship with Breaking Bad than I would have expected when we started,” Gould explained. “It was very important to me personally, and I think to all of us, that it’s all its own thing. It’s independent of Breaking Bad. As much as we obviously wouldn’t be making the show without Breaking Bad. Nobody would have watched a show about a crooked lawyer who hadn’t previously appeared. And the fact that it’s a spinoff has given us tremendous creative freedom in a lot of ways. But I think we were trying to keep the two as separate as we could, or at least I was. And what I’m finding is, as we go through the work that we’re doing on this show, I think it’s going to change the way people look at Breaking Bad. I know it’s changed the way I look at the story of Breaking Bad.” 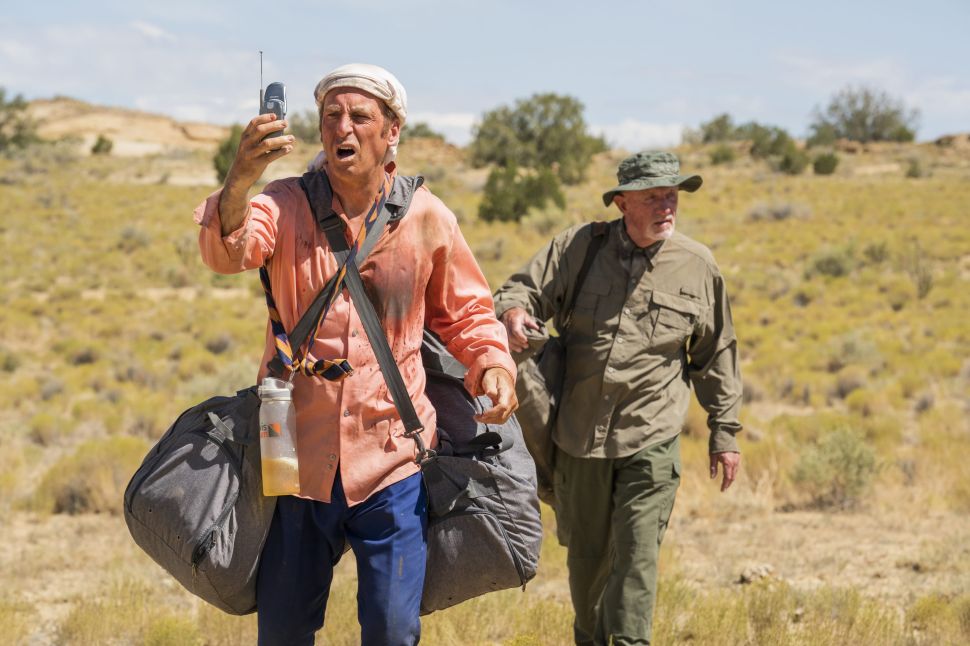