Weed will be getting high on its own supply.

The news might not mean much to California, where marijuana production is already a full-fledged industry and the recreational cannabis market highly saturated. But nationwide, recreational marijuana is still illegal in 39 states, and whether to make it legal on a federal level is a burning topic on Capitol Hill right now.

Next week, the U.S. House of Representatives is expected to vote on a federal marijuana legalization bill despite strong opposition from Republicans and some uncertainty amongst moderate Democrats.

Democratic vice presidential nominee Senator Kamala Harris, who was deeply involved with marijuana policy enforcement during her time as San Francisco’s district attorney, promised at an event Monday that a Joe Biden administration would decriminalize the use of marijuana and expunge prior records even though a full reform bill might not be immediately in sight.

Meanwhile, the Centers for Disease Control and Prevention has recently been meeting with medical cannabis patients as part of a broad initiative to evaluate marijuana as an alternative pain management option.

But whether more American consumers will get access to recreational marijuana will be up to state voters in the November ballot, because “even if the House measure passes, there’s zero chance the Republican-controlled Senate will take up the bill,” according to Politico.

Four states—New Jersey, Arizona, Montana and South Dakota—will see citizens vote on ballot measures to legalize recreational marijuana; Mississippi will vote on legalizing medicinal marijuana. If all four states pass their ballot measures in November, it means that roughly a third of American consumers could have access to legal recreational marijuana, and that more than two-thirds of federal lawmakers would represent states with legal marijuana markets, per Politico’s count.

Currently, less than 30 percent of all cannabis transactions in the U.S. are made through legal channels, leaving 70 percent of the market, or $60 billion in annual sales, flowing through illicit markets, according to a recent study New Frontier Data. 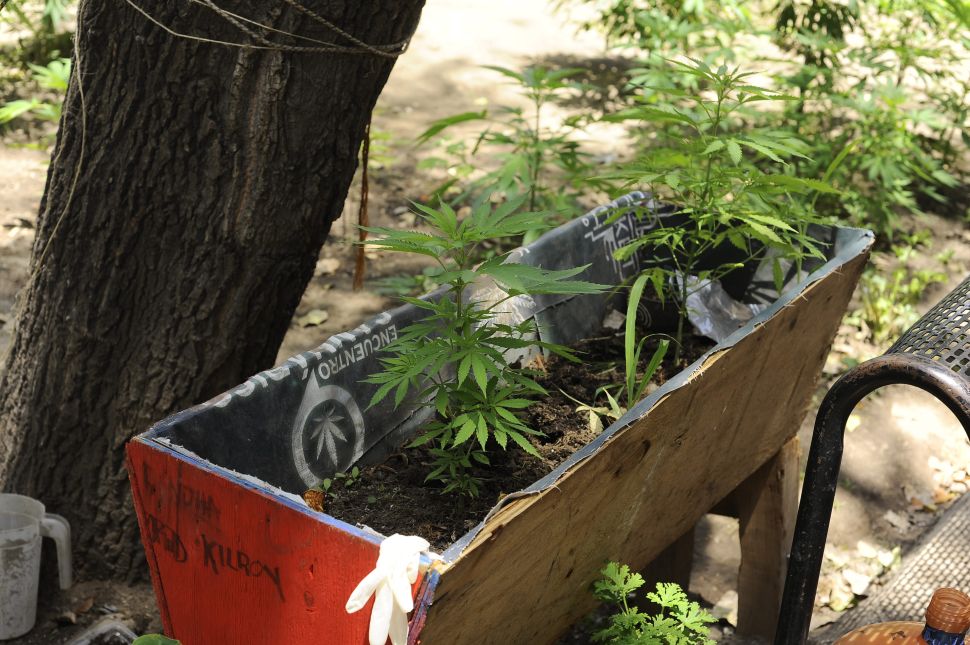