In an attempt to beef up its streaming video on demand business and play in the same sandbox as the market leaders, ViacomCBS plans to rebrand CBS All Access as Paramount+ in 2021. At face value, that is one of the most boring sentences I’ve ever typed. A mini-major SVOD platform is getting a corporate facelift—who cares? But looking beneath the surface, this move actually further complicates an already fascinatingly chaotic streaming industry.

Shall we jump into the entropy together?

As of right now, you can make the case that Netflix, Amazon Prime Video, Hulu, and Disney+ are the core four SVOD platforms dominating the market with HBO Max, Peacock, Apple TV+ and CBS All Access bringing up the rear in a secondary tier. There’s more well-resourced competition and parity in this lane than perhaps any other TMT sector at the moment. So what, exactly, is ViacomCBS doing to elevate Paramount+?

To start, the parent company is deepening the streamer’s library of content from 20,000 episodes and movies to 30,000. This represents the best of breed collection across ViacomCBS’ many content silos headlined by CBS, BET, MTV, Comedy Central, Nickelodeon and Paramount. The rebranding also comes complete with the development of fresh new original content, including a 10-episode event series detailing the making of The Godfather, a spy drama from Yellowstone creator Taylor Sheridan, a reimagining of Behind the Music with a look back at the past 40 years, and a true crime series based on Criminal Minds and a revival of BET’s The Game. The idea here is to appeal to the older demo of their existing audience while building bridges to younger users with Paramount+’s expansion.

“Clearly, Paramount+ is a throwback to the days of the big studios and a desire for the consumer to attach themselves to this ‘once great content’ with a promise of new content to come,” Al DiGuido, Chief Revenue Officer of North 6th Agency, told Observer. “It’s a nice marketing ploy. But time will tell whether the sweet spot in audience engagement will be drawn to it unless the network comes out with really exciting and engaging new content productions.”

Netflix has become the one-stop-shop buffet of entertainment with taste clusters and productions that run the gamut of Hollywood creation. Everyone can find something appealing in their library. Disney+ is thriving thanks to its marquee franchise brands such as Marvel, Pixar and Star Wars. They’re leveraging their blockbuster titles to appeal to their family-friendly target demo. Apple TV+ is attempting to curate star-driven quality originals as a flashy A-list-supported network while HBO Max attempts to sell the added value offered in addition to crown jewel HBO. For the most part, streamers are carving out brand identities that users can (hopefully) understand.

“One advantage Paramount+ has is the depth of its content with 30,000 episodes and content offerings across genres and the ability to produce quality new content through these studios,” DiGuido said. “Their challenges are focused on packaging this content in a bite-sized service that doesn’t overpower audiences and confuse or frustrate them with too many non-engaging options.”

When something begins—such as the relaunch of yet another massive new streaming service—it’s only natural to begin pondering the end. Years of investor studies and user surveys suggest that the average U.S. consumer is willing to subscribe to up to three streaming services. Per the company’s Q2 earnings report, domestic pay streaming subscribers, which includes CBS All Access and Showtime, reached 16.2M, up 74% year-over-year. ViacomCBS wants Paramount+ to operate on the same playing field as Netflix, Disney+, Amazon and Hulu yet it’s entering a saturated market with a smaller footprint. What will happen to any service that fails to cement a grip a one of those must-have streaming services?

“They will most likely be merged at a fraction of their value into the Big 3 of be relegated to filler content on cable stations,” DiGuido said. “Content for the sake of content without the audience and advertiser engagement will be deemed relatively worthless.” 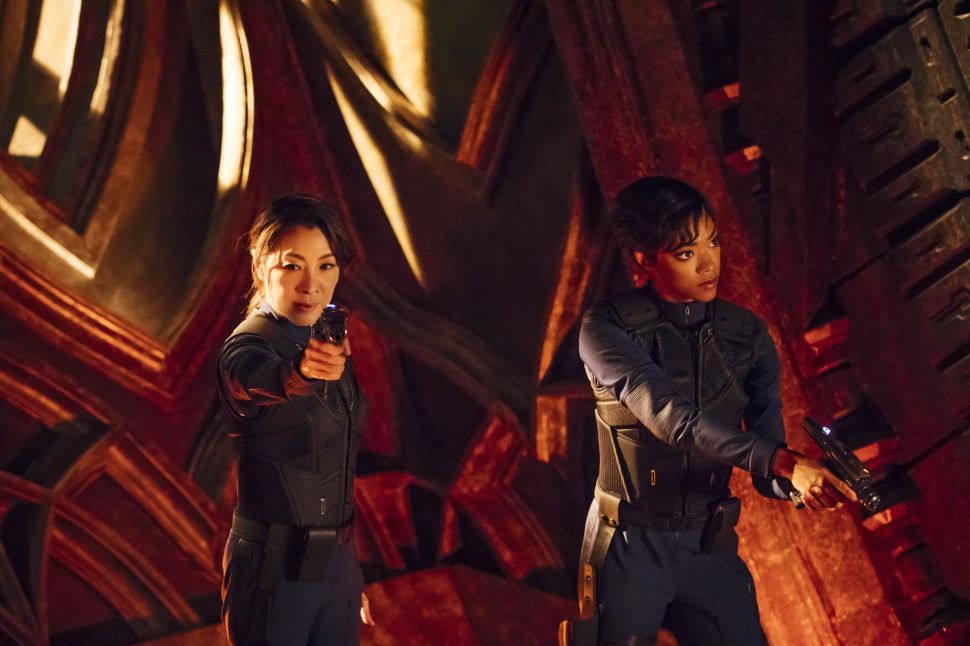