As the world continues to mourn the shocking death of actor Chadwick Boseman, more stories continue to emerge that highlight the late star’s altruism and spirit. Recently, actress Sienna Miller paid tribute to her 21 Bridges co-star and revealed that he diverted a portion of his own salary from the film to her in an attempt to close the gendered wage gap that exists in Hollywood.

“Everybody understands about the pay disparity in Hollywood, but I asked for a number that the studio wouldn’t get to,” she recently told Empire. “And Chadwick ended up donating some of his salary to get me to the number I had asked for. He said that that was what I deserved to be paid.”

Boseman, who also served as a producer on the film, specifically recruited Miller for 21 Bridges. It was that mutual respect between the two stars that eventually convinced Miller to join the feature.

“He was a fan of my work, which was thrilling, because it was reciprocated from me to him, tenfold,” she said. “So he approached me to do it, he offered me this film, and it was at a time when I really didn’t want to work anymore. I’d been working non-stop and I was exhausted, but then I wanted to work with him. And because I was hesitant to go back to work and my daughter was starting school and it was an inconvenient time, I said, ‘I’ll do it if I’m compensated in the right way.'”

Miller was taken aback with Boseman’s sense of fair compensation as she rarely sees such gestures and commitment to wage equality within the industry.

“It was about the most astounding thing that I’ve experienced,” she said. “That kind of thing just doesn’t happen. He said, ‘You’re getting paid what you deserve, and what you’re worth.’ It’s just unfathomable to imagine another man in that town behaving that graciously or respectfully.”

In the weekend following Boseman’s passing, 21 Bridges was among the 20 most-watched movies across AVOD and TVOD platforms in the U.S. along with several other of the actor’s films. 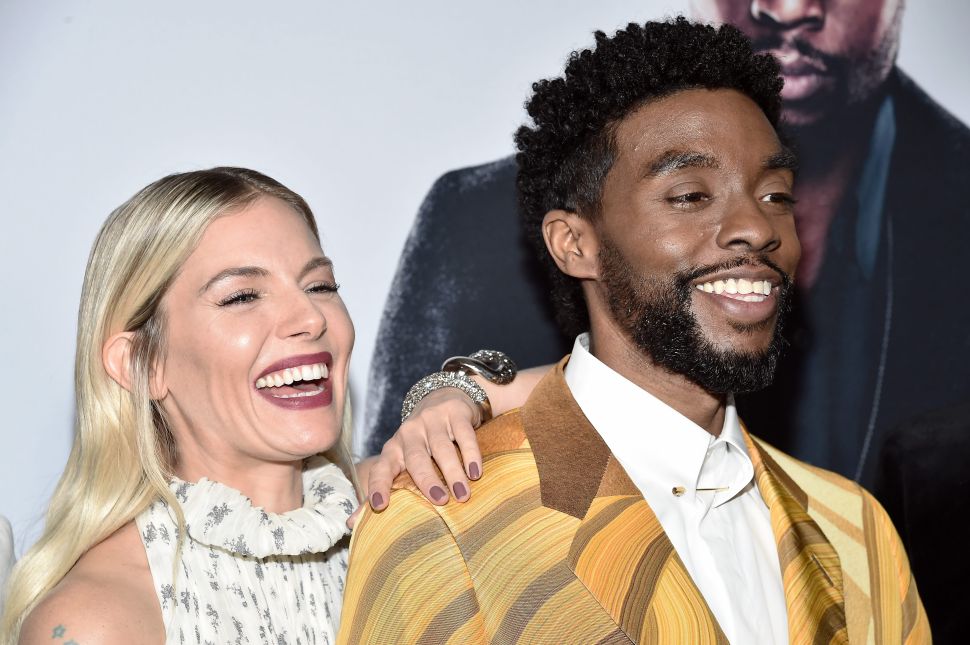