Irish American billionaire Charles “Chuck” Feeney, the cofounder of airport retail chain Duty Free Shoppers (DFS), is arguably the most generous and reclusive philanthropist in the world. Unlike the Musks and Zuckerbergs of tech moguls who promise to give away at least half of their fortunes before they die while living in mansions and flying private jets as long as they can, Feeney is known for his promise to give away all of his money and literally die a penniless man.

As of this week, the 89-year-old former billionaire is officially broke as his foundation, Atlantic Philanthropies, went out of business after giving away more than $8 billion to charitable causes worldwide over the span of 40 years—in most cases anonymously.

On Monday, Feeney signed documents marking the end of Atlantic Philanthropies from San Francisco in a Zoom ceremony attended by his wife and the foundation’s board members. Bill Gates and House Speaker Nancy Pelosi, on behalf of the U.S. Congress, sent in messages thanking Feeney for his work.

“We learned a lot. We would do some things differently, but I am very satisfied. I feel very good about completing this on my watch,” Feeney told Forbes, which first reported on his foundation’s closure. “My thanks to all who joined us on this journey. And to those wondering about Giving While Living,” the mission he set out for his foundation, “Try it, you’ll like it.”

Since 1984, Feeney has made countless grants to educational institutions, human rights groups and social causes through Atlantic Philanthropies. His most notable donations include a $62 million grant to abolish the death penalty in the U.S., a $76 million grant for grassroots campaigns supporting the passage of Obamacare and nearly $1 billion in gifts to his alma mater Cornell University, including the $350 million development project in 2012 to build a Cornell Tech campus on New York City’s Roosevelt Island.

“When I first met him in 2012, he estimated he had set aside about $2 million for his and his wife’s retirement,” wrote Forbes editor Steven Bertoni, who has interviewed Feeney multiple times. “In other words, he’s given away 375,000% more money than his current net worth.”

To this day, the successful entrepreneur still lives in a humble apartment in San Francisco. “When I visited a few years ago, inkjet-printed photos of friends and family hung from the walls over a plain, wooden table,” Bertoni recalled. “On the table sat a small Lucite plaque that read: ’Congratulations to Chuck Feeney for $8 billion of philanthropic giving.'”

Warren Buffett and Bill Gates said Feeney was a direct inspiration behind the creation of the Giving Pledge, a program to encourage billionaires to donate the majority of their wealth in their lifetimes.

“I see little reason to delay giving when so much good can be achieved through supporting worthwhile causes,” Feeney has famously said. “Besides, it’s a lot more fun to give while you live than give while you’re dead.”

“He’s a model for us all. It’s going to take me 12 years after my death to get done what he’s doing within his lifetime,” Buffett told Forbes this week. 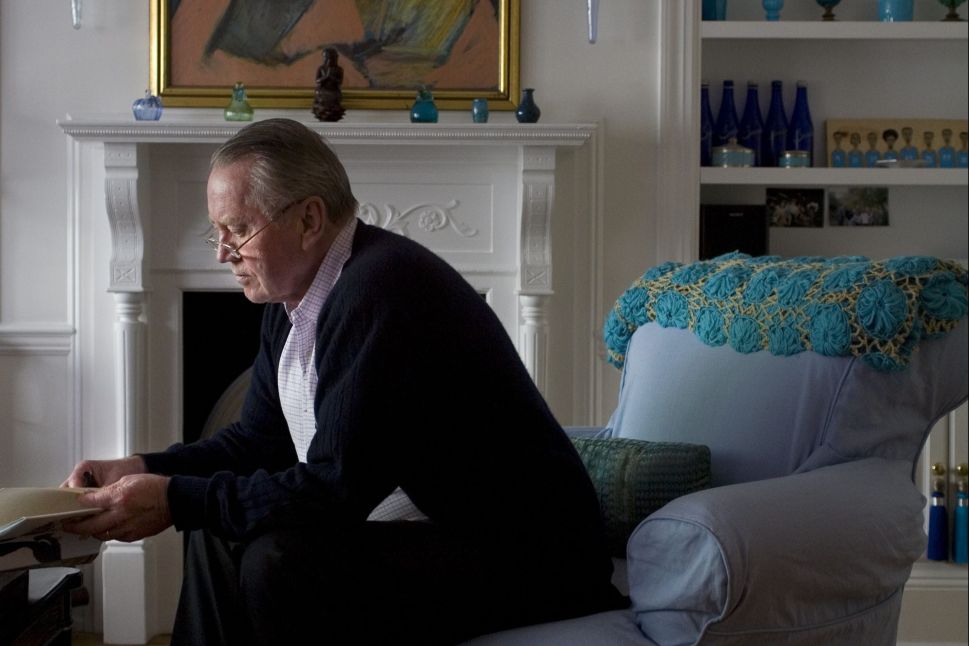