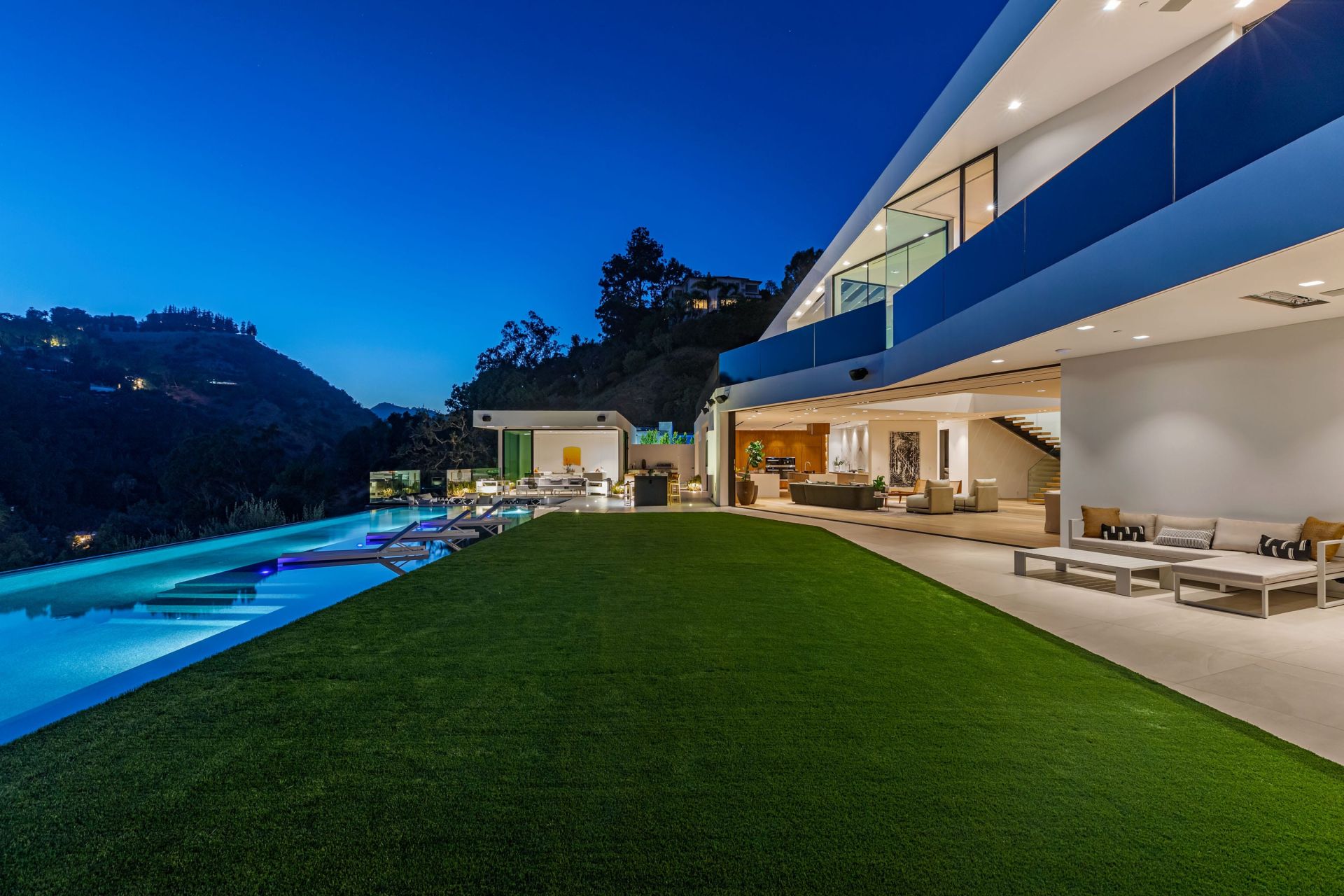 Chrissy Teigen and John Legend purchased a new home in Beverly Hills. Scroll through to see inside.
Courtesy Simon Berlyn for Sally Forster Jones of Compass 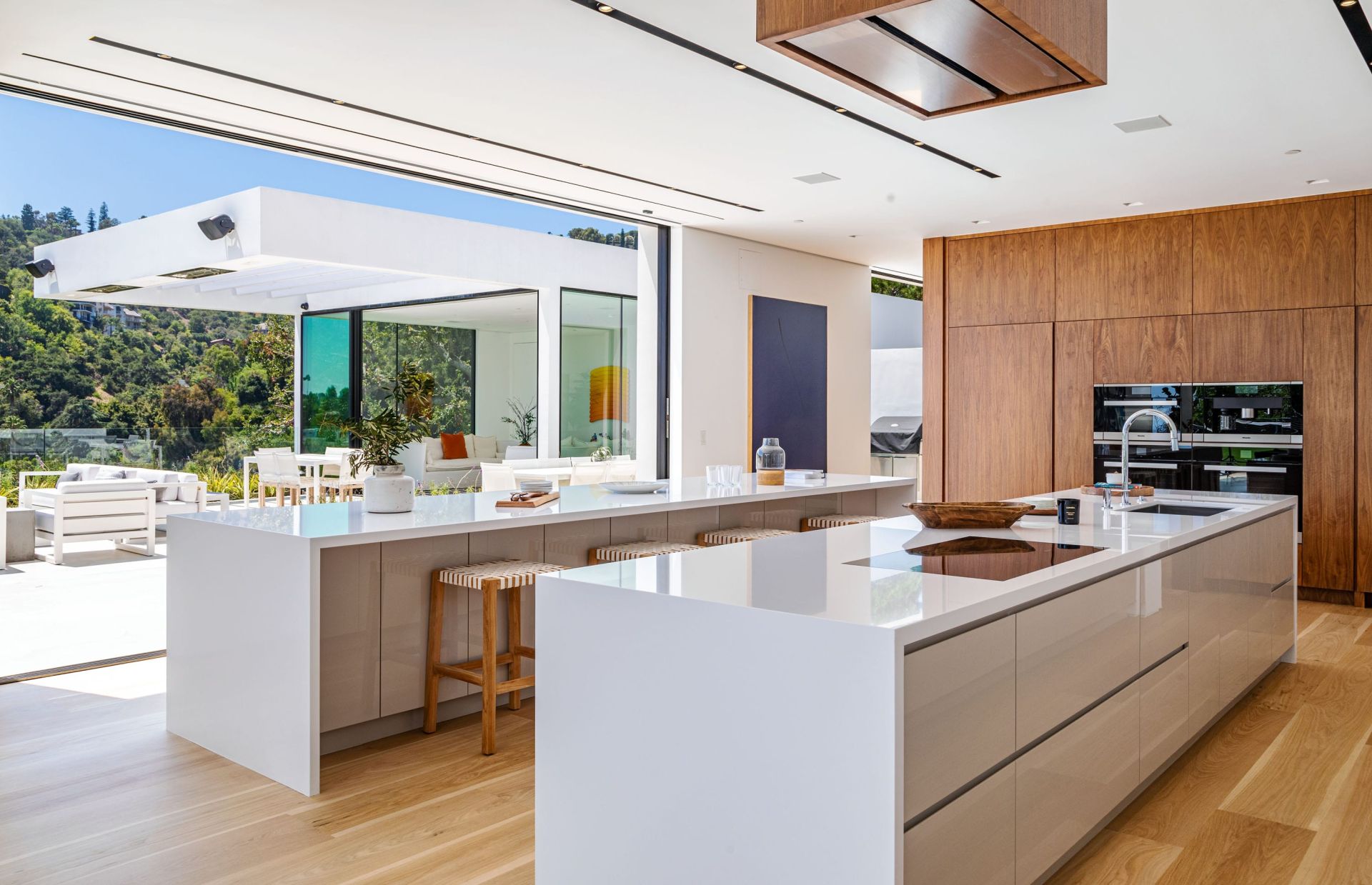 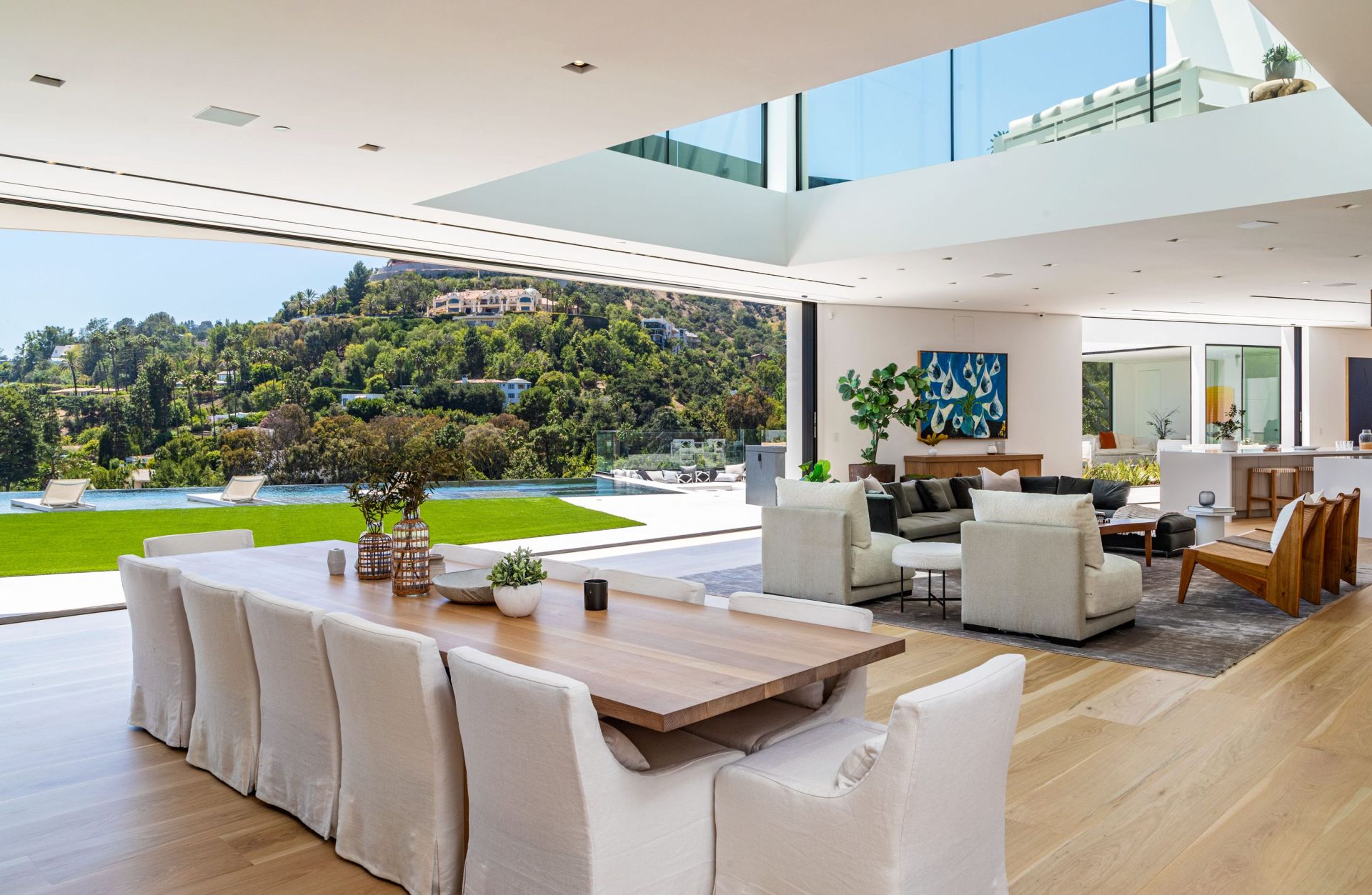 There are walls of glass throughout the residence.
Courtesy Simon Berlyn for Sally Forster Jones of Compass 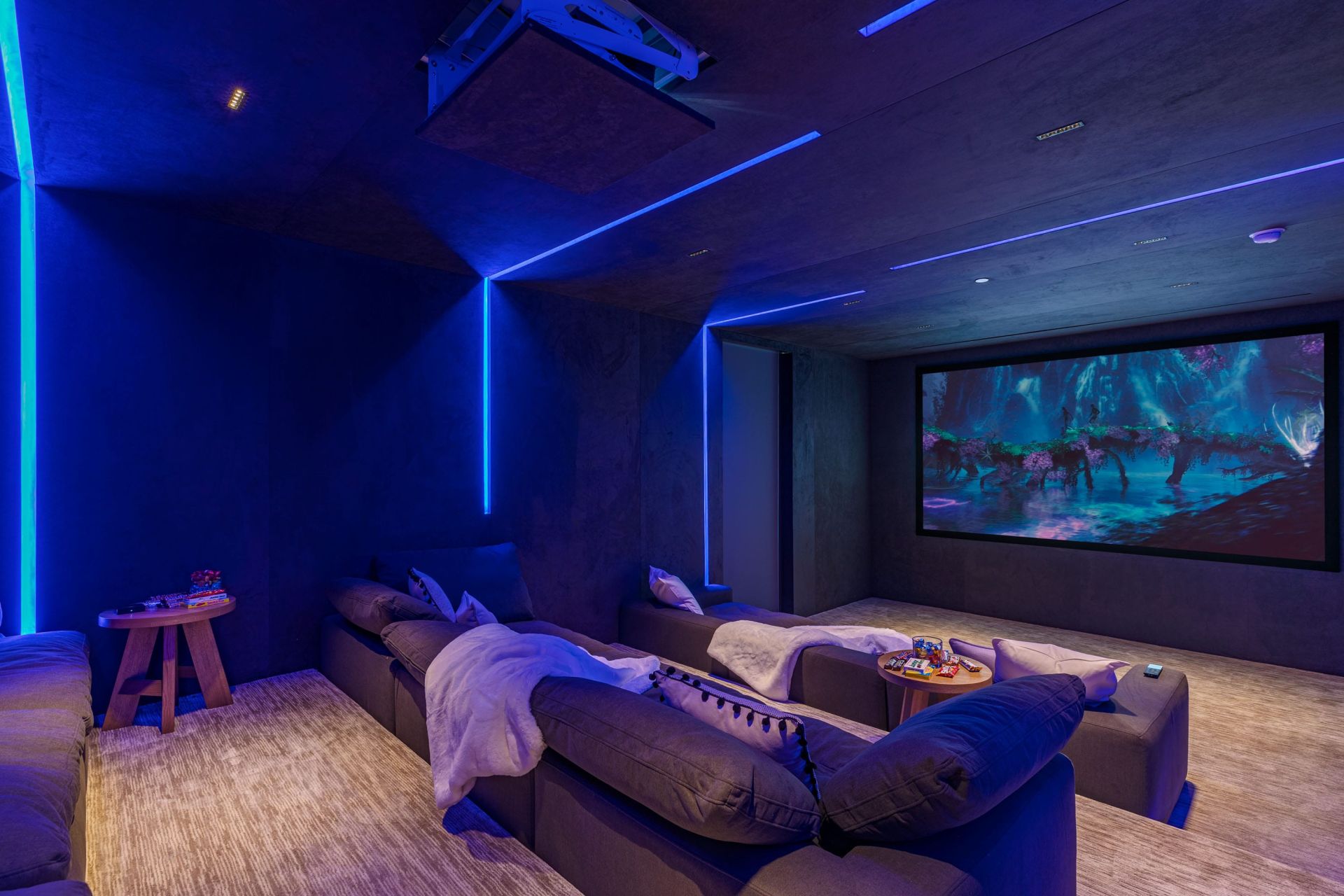 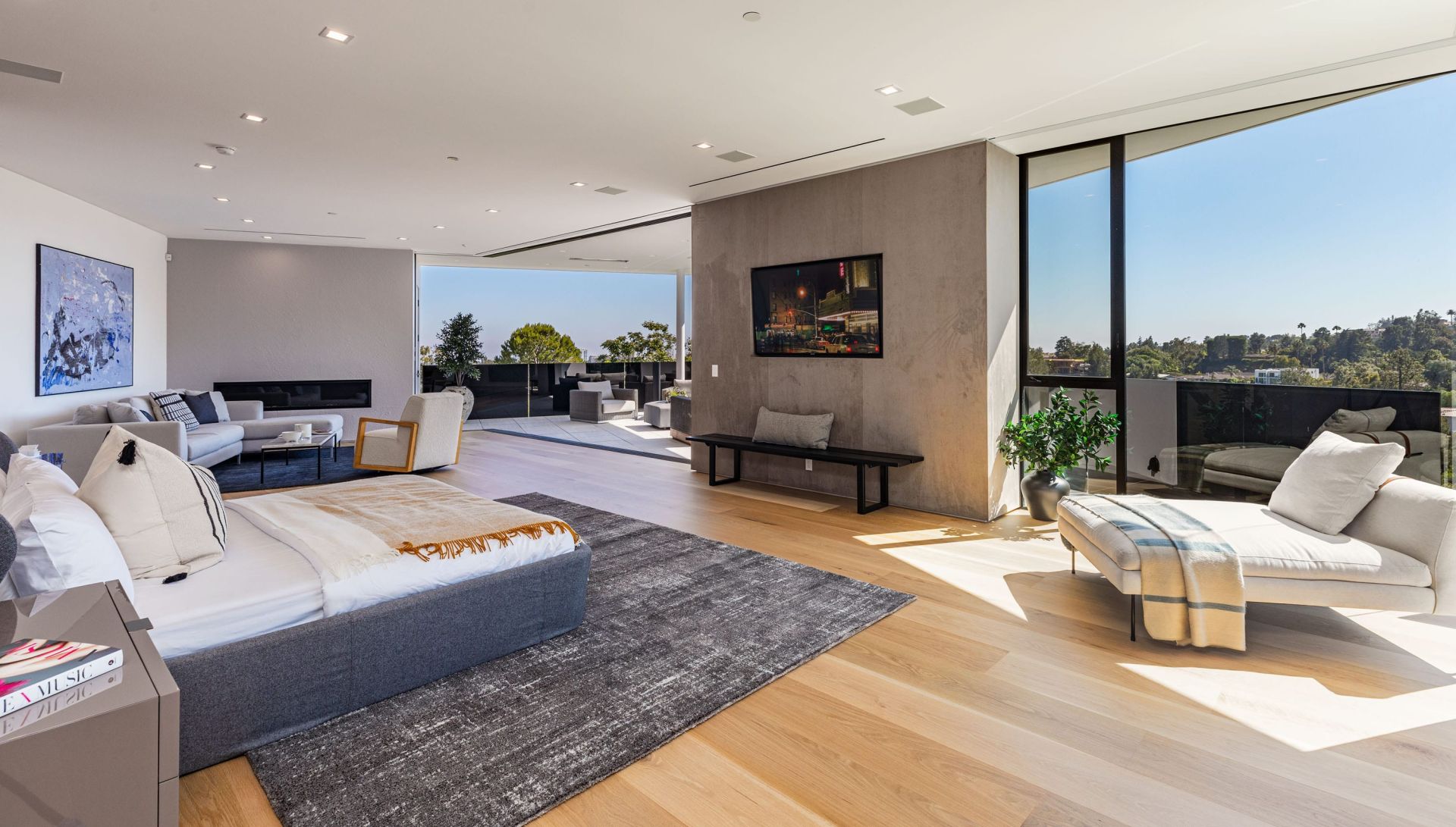 The owner's suite is located upstairs, and has a fireplace and a private balcony.
Courtesy Simon Berlyn for Sally Forster Jones of Compass 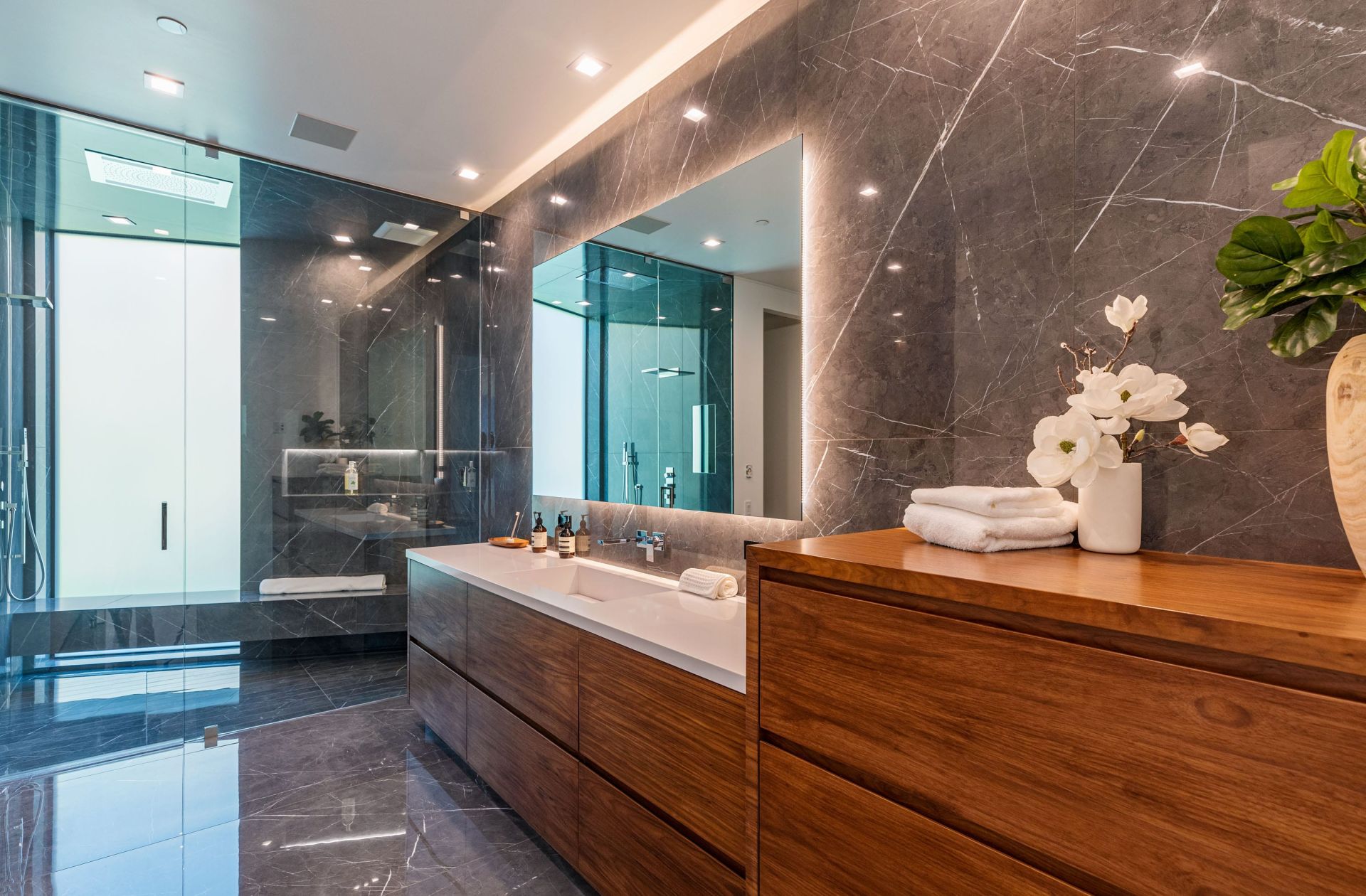 They paid $17.5 million for the brand-new house.
Courtesy Simon Berlyn for Sally Forster Jones of Compass 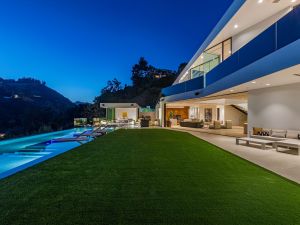 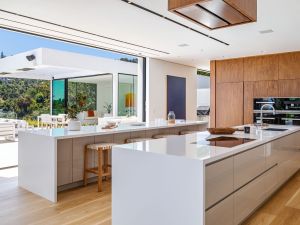 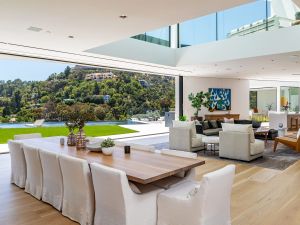 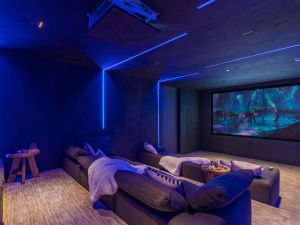 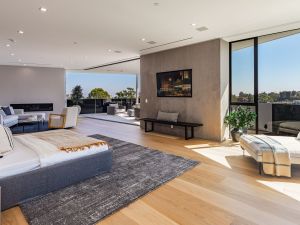 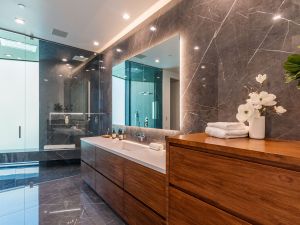 It didn’t take long for Chrissy Teigen and John Legend to find their new dream house. The couple, who quickly found a buyer for their Beverly Hills mansion after listing the home for $23.95 million in August, have already finalized their purchase of an even larger abode in the same upscale Los Angeles neighborhood. 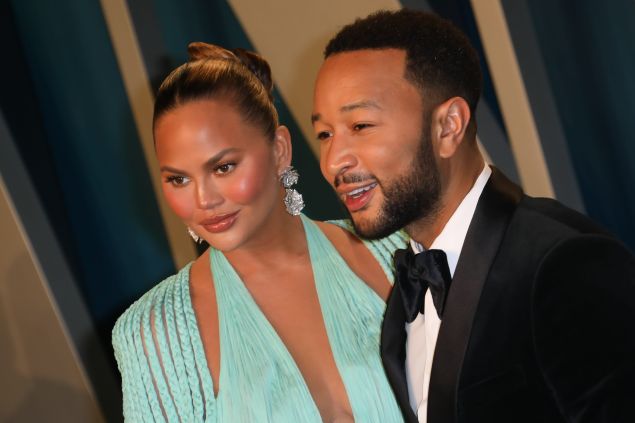 The kitchen is equipped with Miele appliances, an oversized center island and a polished marble wall, with breakfast bar seating that faces a glassy wall that opens up to the backyard.

There’s a bar and lounge with mahogany accents, as well as a 500-square-foot media room with a projection screen and a temperature-controlled wine cellar with room for 300 bottles of vino.

The palatial owner’s suite is located upstairs, at the end of a causal 30-foot interior bridge. It’s fitted with a fireplace, suede panel walls and 12-foot-wide white oak plank floors, as well as pocket doors that lead to a private balcony. There are two walk-in closets, as well as two bathrooms, both of which contain vanities and built-in soaking tubs.

Outside, there’s a 100-foot saltwater infinity pool with a Baja shelf, a sunken fire pit, lounging areas and a pool house.

Teigen and Legend decided to move to a new home in Los Angeles because they’re now expecting another child (a boy!); they wanted more space for their growing family, plus Teigen’s mother also lives with them. They’ve been renting a modern 11,438-square-foot home (also in Beverly Hills, of course) in the meantime, though surely they’ll be moving into their new abode sometime soon.

It’s been a stressful week for the family, as Teigen was hospitalized a few days ago after suffering from severe bleeding throughout her pregnancy. Teigen, who has been on bed rest after her pregnancy was deemed “high-risk,” underwent two blood transfusions, as she shared via Instagram Story yesterday, though she assured her followers that “Baby and I are completely fine.” While she appreciates all the well-wishes from everyone, Teigen did request that her followers refrain from giving unsolicited medical advice, so please keep that in mind with any DMs to the Cravings author.