It’s been less than a month since Chrissy Teigen and John Legend listed their seven-bedroom Beverly Hills mansion for sale, but they’ve already moved on from their former abode. The EGOT-winner and the Cravings cookbook author haven’t gone too far, though, as they’re renting a house a mere three miles away.

The social media queen informed her followers that she and Legend had to vacate their listed $23.95 million home (which is already in contract) in order to show the house to prospective buyers. They’re now settling into a rental property right nearby in Beverly Hills, as first spotted by Variety.

Teigen and Legend’s temporary home has plenty of space for the whole family, including their two children and Teigen’s mother, who lives with the couple. The ultra-modern, three-story rental estate spans 11,438 square feet, with six bedrooms and 11 bathrooms.

The main level features retractable glass walls throughout. The kitchen is equipped with Gaggenau appliances, white cabinetry, a sleek center island and marble backsplash and countertops, as well as breakfast bar seating, with more than enough room for Teigen as she begins work on her third cookbook.

The owner’s suite has its own private terrace, a fireplace, dual bathrooms and multiple closets, all with heated floors.

Downstairs, there’s a steam room, sauna, fitness center and a plushly outfitted home theater. There’s also a bar with an exposed wine cellar, which Teigen told her Instagram followers she is currently using as a makeshift homeschool classroom for kids.

Every Friday, our little home preschool of 6 has a theme. For the day, they learn about a certain letter, dress like the letter and learn to cook something with that letter! Friday was Pajamas and Pizza for our ppppprecocious bunch and it was tooooo cute. Looking forward to teaching our little superheroes to make sushi next week!

Outside, there’s a pool, spa and fire pit, in addition to a detached one-bedroom guesthouse.

It’s not clear how much Teigen and Legend are paying for the rental property; the house was last on the sales market for $16.3 million, though the listing was removed at the beginning of September. The couple is already in escrow on a “new dream home,” per Variety, so their current rental situation is only temporary, as they wait to finalize the deal. 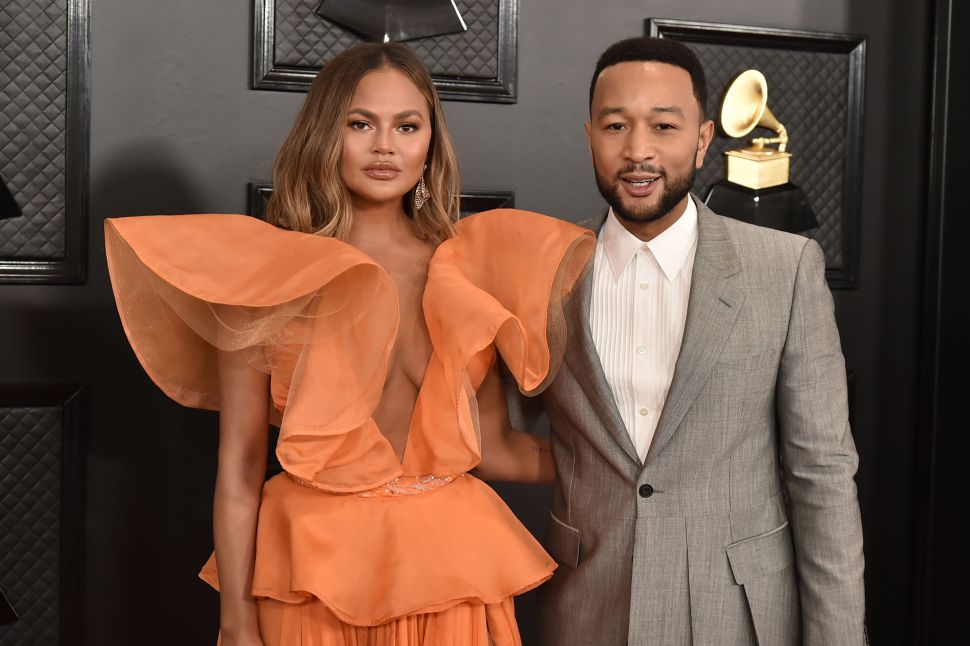