Christie’s has already had an eventful recent auction season, and on October 6 and 7 it hopes to continue the streak with a roster of works grouped together for their “A New York State of Mind” sale. A painting by Jean-Michel Basquiat (whose work seems to be everywhere these days, even on Barbies and Coach bags) will lead the sale. Basquiat’s acrylic painting MP (1984) is estimated to sell for between $4 and $6 million, and it depicts an electrifying exchange between Basquiat and his friend Michael Patterson.

Patterson, along with Andy Warhol, Malcolm Forbes and Keith Haring, was a frequent fixture at the 1980s Tribeca club Area that Basquiat also spent time in. The artist eventually painted Patterson at his studio on Great Jones Street, and the results are undeniably stunning: Basquiat renders his friend in a vivid patchwork coat and multicolored pants that wouldn’t look out of place in high-end designer collections of 2020. “In this moment, it is particularly exciting to be offering such a dynamic group of works from many of the artists who firmly rooted New York at the center of the global art world,” Johanna Flaum, the head of Christie’s Post-War and Contemporary Art, department, said in a statement. “From the lyricism of Joan Mitchell’s New York period, to the electricity of Jean-Michel Basquiat’s downtown art scene, this collection captures the unrelenting energy and beauty of New York City.”

Indeed, Patterson’s electric presence as a quintessential New York muse can be tangibly felt when the MP painting is gazed upon. According to Christie’s, he was one of the only people Basquiat painted from life more than once, and it’s easy to see why. His confident physicality, level gaze and guarded openness are impossible to look away from. 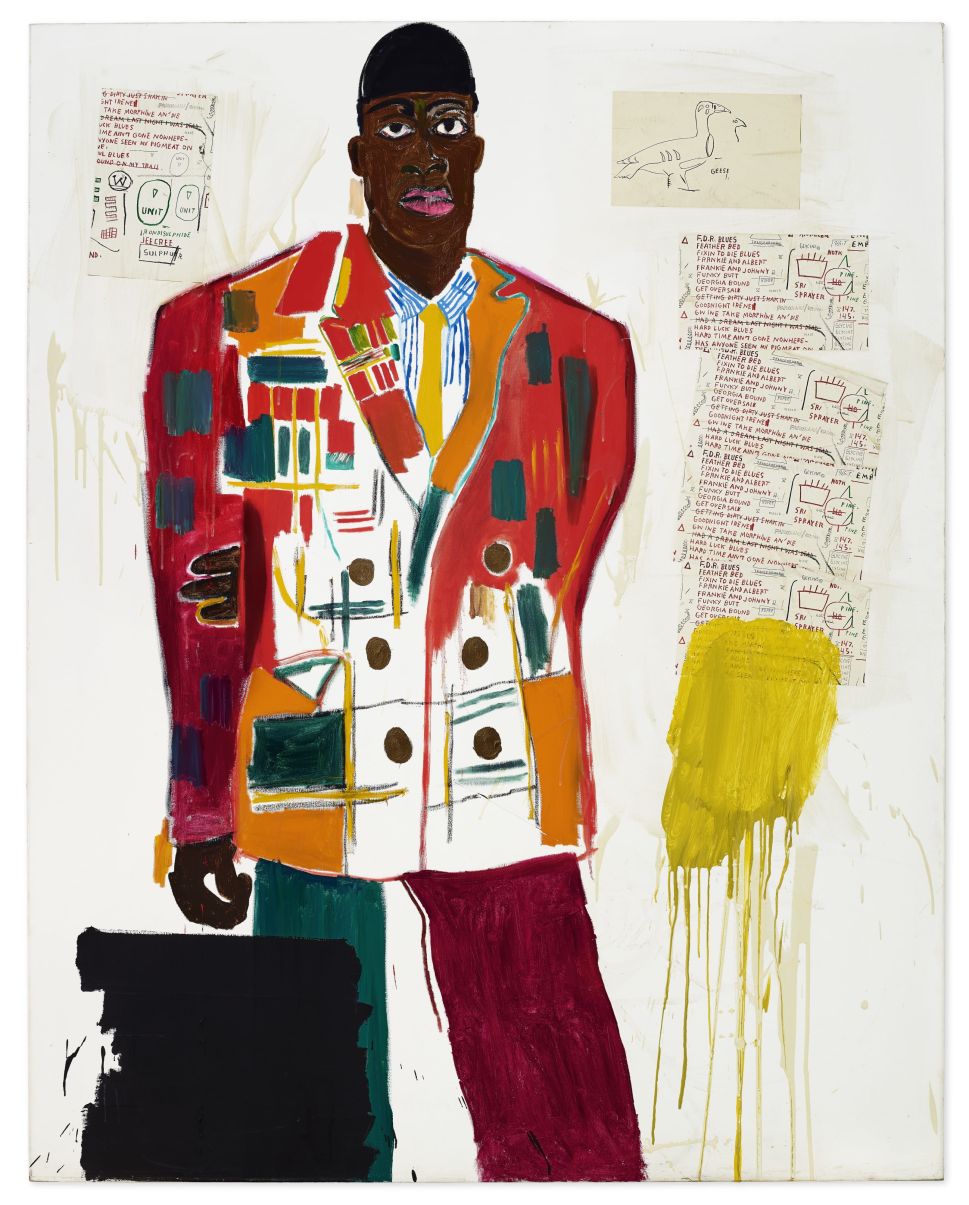