Decades after his death, Jean-Michel Basquiat’s presence continues to loom so large in the fashion and art worlds that it’s almost as if his imagery has taken on an entirely different life of its own. Of course, his actual artwork continues to fetch prices in the millions at auction, but there’s also the prolific licensing of his works by his estate. In April, consumers were surprised to see Basquiat’s designs superimposed upon clothes worn by Barbie Dolls, but the whimsical collaboration somehow ultimately made sense. Now, commentators are assessing new offerings featured in the fall 2020 collection of Coach: handbags, sweatshirts and t-shirts all printed with Basquiat’s most famous symbols.

No matter how well-intentioned collaborations like this are, there’s no disentangling them from the merry-go-round of object-production and capitalism that generates profits for the already-wealthy. This issue seems to be at the heart of many of the indignant Twitter responses to the collection: even if your issue with the branded items can’t quite be articulated, there’s some sort of nebulous problem to be found with them all the same.

the Coach x Basquiat collection will never sit right with me. https://t.co/NNZkvck7dG

Additionally, the reason why Basquiat’s designs always seem to be popping up on commercial products is because his estate been partnered for a long time with the licensing agent Artestar, which is responsible for the ubiquity of his iconic crowns and dinosaurs appearing on as many sellable things as possible. Basquiat’s name has also been woven explicitly into the pop-culture pantheon via name drops from Jay-Z and Kanye West, so it’s not as though the artist has garnered less respect in the years since he’s passed away.

However, one wonders if the ceaseless stamping of luxury leather bags with Basquiat’s work dilutes the power of his intent somewhat. The artist always aspired to fame and satirized this own desire, but it’s possible even he didn’t realize just how far his creations would travel. 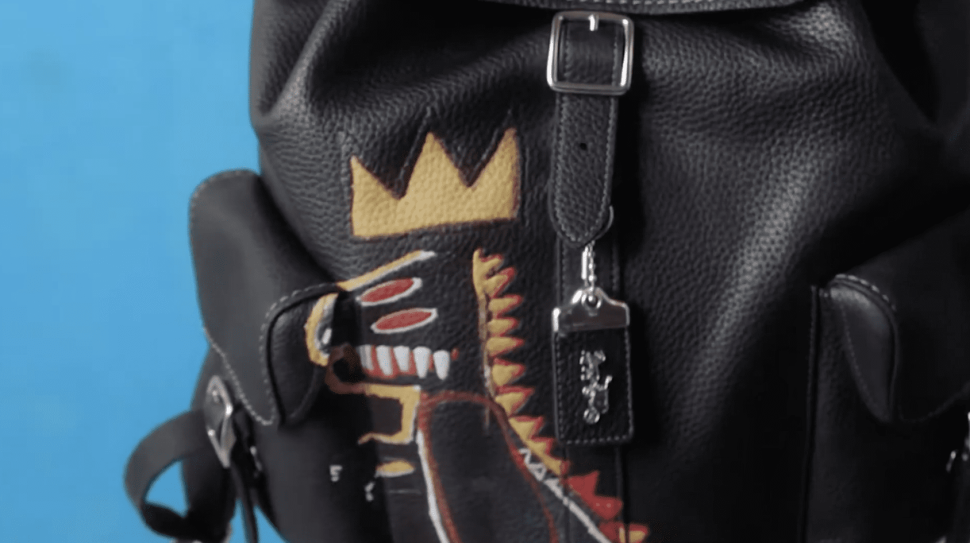