There’s a general consensus in the medical community that the first safe COVID-19 vaccine won’t be available until at least very late this year and that truly effective vaccines will have to wait till next year. Yet that does not jive with guidance from the White House, which is fueling hopes that we will have an FDA-approved vaccine before Election Day in November— a prospect that scientists say is “very unlikely.”

In an interview with NPR this week, Moncef Slaoui, the chief scientific advisor of the Trump administration’s Operation Warp Speed, said there’s a “very, very low chance” that ongoing efficacy trials of COVID-19 vaccine candidates will deliver reliable results by the end of October, adding that large-scale vaccine distribution by then is possible “but very unlikely.”

Operation Warp Speed is a cross-agency initiative to expedite the development and production of COVID-19 vaccines and treatment. To date, the program has invested more than $10 billion in eight vaccine candidates, promising to buy millions of doses before they are proven safe and effective.

Three of those vaccine candidates are in phase III efficacy trials in the U.S., and more are expected to start phase III trials this month.

“We’re running phase III trials with 30,000 subjects—that’s much larger than for many vaccines that have been approved in the U.S. under a BLA [a biologics license application, FDA’s full approval process for a vaccine],” Slaoui told Science magazine in a separate interview this week.

Slaoui said his team’s work is guided by science only and that he won’t be swayed by political pressures to fast-track a premature vaccine.

“It needs to be absolutely shielded from the politics… At the end of the day, the facts and the data will be made available to everyone who wants to look at them and will be transparent,” he said. “I would immediately resign if there is undue interference in this process.”

Other scientists weighed in with skepticism, as well.

“I want to see the data,” Dr. Carlos del Rio, executive associate dean of the Emory University School of Medicine in Atlanta, told NBC News on Friday. “I need to show that there is true efficacy and safety.”

Dr. Anthony Fauci, the director of the National Institute of Allergy and Infectious Diseases, promised that the FDA would rely on scientific rigor in deciding when to green-light a vaccine.

Regulators there are “very, very committed to making sure that science prevails and not politics,” he said on Thursday.

Meanwhile, the potential vaccine being developed by Russian scientists has continued to make progress in peer reviews, according to The Lancet. On Friday, the medical journal reported that the vaccine has produced antibodies in subjects and shown no adverse effects. This only hastens the race for the vaccine in the United States.

From a public health perspective, whether a vaccine can make it to the finish line before Election Day isn’t the only thing that matters. In U.S., a more concerning question is how many people will take it.

The results are consistent with what a similar survey found last month. More than 35 percent of Americans would not get a COVID-19 vaccine, even if it’s approved by the FDA, a poll by NPR, PBS and Marist in early August found.

That’s going to be a problem for the entire population. “If you have 330 million doses of vaccine and nobody wants it, it accomplishes nothing. You’ve got to use the vaccine. It’s just as important as how effective the vaccine is,” David Salmon, a professor at the Bloomberg School of Public Health at Johns Hopkins University, told USA Today.

“You probably need between 70 percent and 80 percent of the population to get immune in order to really control COVID-19,” he added. “And when I say immune, I mean both get the vaccine and the vaccine worked for them.” 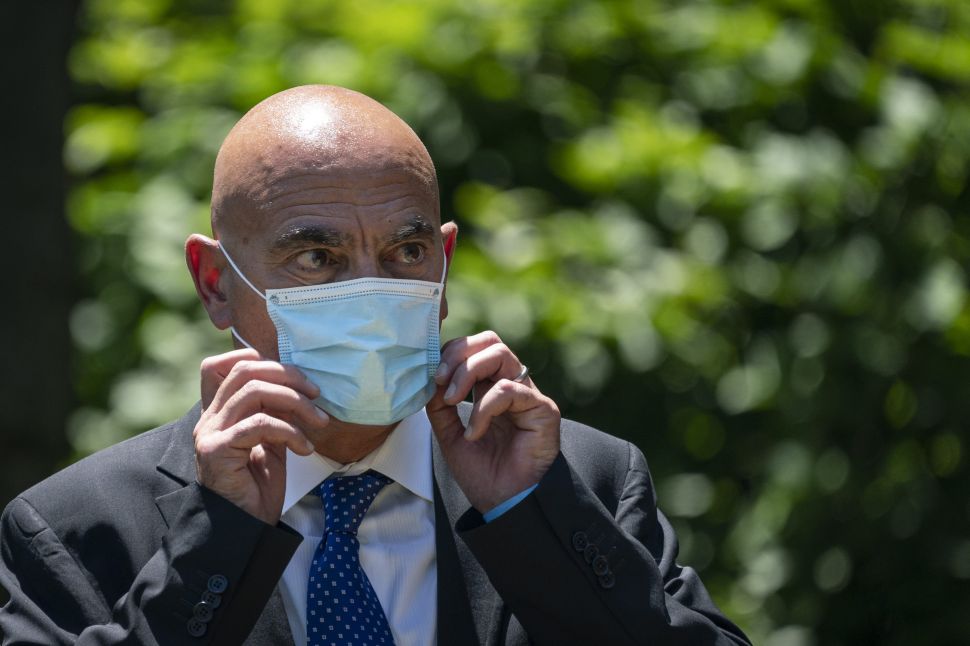