In October, 52 year old artist and sculptor Delphine Boël will find out whether she will legally be able to refer to herself as Her Royal Highness and the Princess of Belgium, due to the fact that she is the daughter of Albert II, the former king of Belgium. Boël was conceived out of wedlock by Albert II and Baroness Sybille de Selys Longchamps, and the former king had denied that he was Boël’s father for many years. However, his paternity was confirmed in January of 2020 after he was forced to take a court-ordered DNA test. In the interim, Boël has spent almost her entire life cultivating an artistic practice that sometimes gestures directly towards the conflict within her own family tree.

Educated at the Chelsea School of Art in London, Boël is a trained artist whose work is often rainbow-hued and saturated with frank messaging and provocative sentences. A 2011 neon sculpture of hers bears the phrase “Love Child,” while another crepe paper painting on canvas states defiantly “Fuck You, I Exist.” Her animosity certainly seems earned: Boël has spent seven years battling legally both for the confirmation of her father’s identity and for his acknowledgement.

Thus, with her extensive artistic portfolio, Boël seems to be both repeatedly asserting her identity and pushing back against a father and national power structure that would really rather prefer that she stop bothering them. It makes sense, then, that her artwork is bold, attention-drawing and unapologetic. Another prominent example of this is a neon sculpture called MEGA HYPOCRITE made by Boël in 2020 that consists of the word “HYPOCRITE” repeated 14 times. 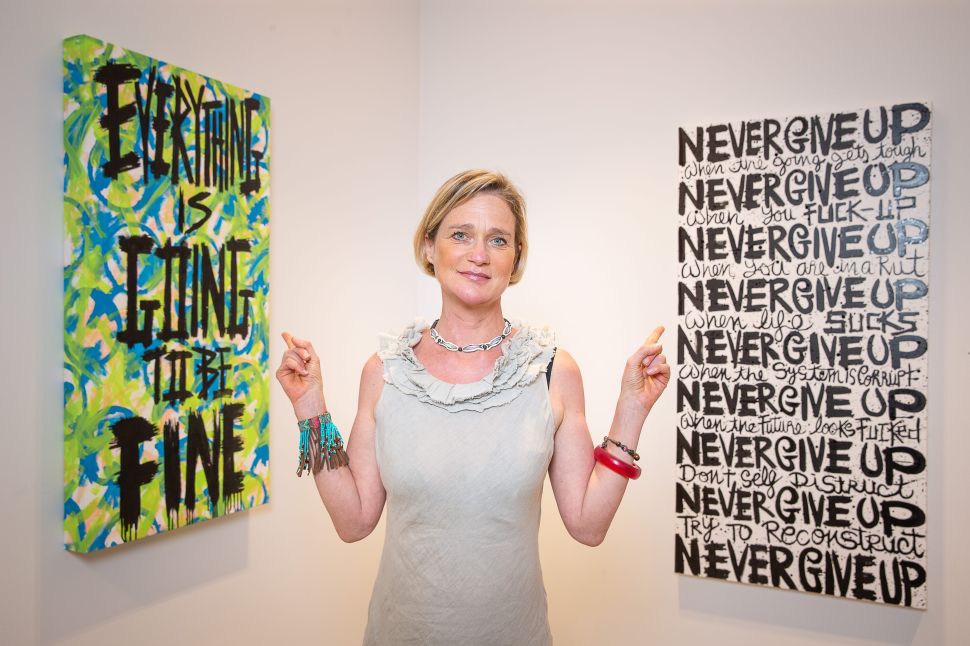