Summer might be coming to an end, but Demi Lovato has lots to celebrate as fall approaches. The singer, who made her big return to the stage earlier this year with a performance at the Grammys, announced her engagement to actor Max Ehrich in July, and now they’re moving into a new home together in Los Angeles.

The eat-in kitchen is equipped with stainless steel appliances, marble countertops and a center island, with bar seating as well as an adjacent breakfast nook. It’s open to a family room with a fireplace.

The owner’s suite has its own seating area and a fireplace. The airy bathroom is fitted with a glass-enclosed shower, separate freestanding soaking tub and double vanities, and there’s also large walk-in closet is  built-ins.

Downstairs, there’s a full home movie theater, a lounge with a wet bar, an enormous glass-accented wine cellar and a gym and wellness room.

Outside, there’s a saltwater pool and spa, in addition to a fire pit and plenty of seating areas arranged all around the backyard, including an al fresco dining spot. There’s also a stone-accented outdoor kitchen with a barbecue station.

A detached guest house is situated at the end of the pool, with a full bathroom.

Earlier this summer, Lovato finally sold her Hollywood Hills mansion for $8.25 million, after nearly three years of attempting to find a buyer for the property. She ended up accepting a loss in the sale (she paid $8.3 million for the house back in 2016), but she was understandably determined to part with the house; it’s reportedly where she overdosed two years ago.

This July, the singer shared a post on Instagram on the two-year anniversary of the overdose, revealing that she now calls the day her “miracle day,” and reflected on how far she’s come since then, including her engagement. 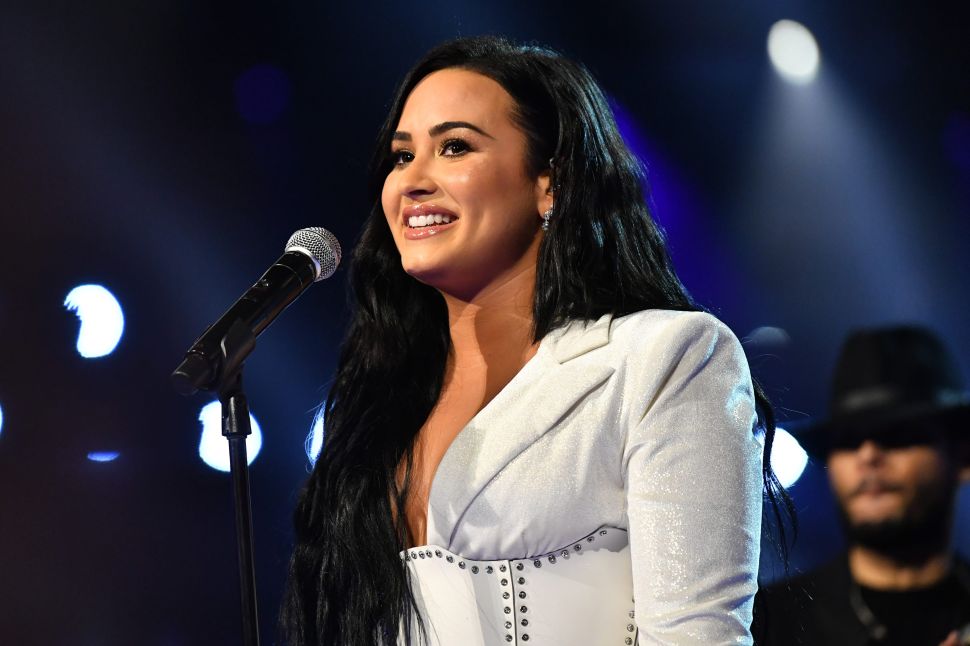