It’s been more than two years since the Bitcoin bubble burst, leaving many over-leveraged tech-bro investors in a lurch. But the cryptocurrency movement didn’t just disappear; instead, its underlying technology, blockchain, has evolved in new and more niche directions.

Despite the short-lived hype of cryptocurrencies, the finance industry hasn’t stopped inventing new ways to peg blockchain onto other assets, creating a class of investment known as asset-backed cryptocurrencies. Tokens backed by commodities like gold and silver have already been established. And now, an emerging crop of startups are exploring the possibility in less conventional assets, like diamonds. In July, a startup called Icecap launched its marketplace for diamond investors, a seminal moment for the nascent niche.

Diamonds have always made for something of a dubious investment. At first thought, diamonds—at least natural ones—seem to fit the definition of an investment nicely: they are scarce, expensive, highly coveted and (supposedly) last forever. However, they lack a few key elements of a real investable asset, the first and foremost of which being that it’s damn difficult to resell a stone.

“Selling individual diamonds at a profit, even those held over long periods of time, can be surprisingly difficult,” Edward Jay Epstein wrote in his famous 1982 Atlantic story, “Have You Ever Tried to Sell a Diamond?” The feature tracked the investigative journalist in his journey through the industry, showing that diamonds, including large ones, were often resold at a significant loss.

According to Jon Deane, a former commodity trading director at JPMorgan, the bid-ask spread, or the price discrepancy between buying and selling an asset, can range from 10 percent to as much as 40 percent for a diamond.

“Purchasing diamonds on the retail market yields an instant loss,” Deane told Observer, “because several brokers and intermediaries have already taken a share of the profits by that point.” Unfortunately, that’s how most diamonds changed hands in the market.

Why can’t we buy diamonds from elsewhere at a fairer price and get around brand premiums and other marketing adds-on? The short answer is, there’s no such thing as fair price for a diamond. Neither is there an objective set of standards to rate the quality of diamonds. Sure, there are the widely used 4Cs—or cut, color, clarity and carat weight. But that’s far from enough to distinguish an investment-grade diamond from a regular one, industry insiders say.

“The 4Cs only tell half the story of how good a diamond is,” Icecap CEO Jacques Voorhees, a gemstone trader with nearly 50 years of experience in the diamond industry, told Observer. “There are many other factors, such as fluorescence, graining and clouds. None of these things is included in the 4Cs, but they very much affect the visual beauty and value of a diamond.”

“A lot of times, diamonds are like art. The more you know the provenance of it (like brand and history of ownership), the easier it is to resell,” said Proud Limpongpan, a former jeweler with stores in New York City and Asia.

Another issue is diamonds’ lack of fungibility, or the degree to which a stone can be interchanged with another. “Diamonds are as different as snowflakes,” Voorhees said. Most past attempts to turn diamonds into an investable product sought to solve this problem by creating some sort of a fund and trading diamonds as fungible groups of assets instead of individual stones.

This method didn’t work out too well for the industry, because it didn’t create a market large and efficient enough to valuate diamonds fairly.

“The diamond market is widely unregulated and opaque. Due to the shortage of fungibility and transparency, the price of diamond funds are usually built upon the subjective whim of the appraiser,” Deane said.

Blockchain pioneers believe that tokenization might offer a better solution somewhere between a traditional fund and trading diamonds individually.

Vorhees’s idea is to create digital tokens that represent ownership of a specific diamond, allow them to be traded on open crypto marketplaces and earn a small fee on each transaction. Token holders have the right to redeem the digital token for the actual diamond at any time.

In July, Icecap issued its first batch of diamond tokens using Ethereum’s ERC-721 standard, a technology that enables for non-fungible tokens. Prices of these tokens range from under $3,000 to almost $1 million for a token backed by a ten-carat diamond.

“We believe there is currently a $10 billion potential market opportunity for investors to diversify into diamond assets, a market that until now has largely been untapped,” Icecap said in a press release in July.

But like diamond funds BC (before crypto), the most important question in business models like Icecap’s is, are the diamonds themselves worth what they traded for? Or, more fundamentally, do diamonds have any intrinsic value at all?

In his Atlantic story, Epstein declared that “diamonds had little intrinsic value” and that their high prices depended entirely on the illusion of scarcity conjured through advertising campaigns by industry monopolies like De Beers.

To make sure that its stones are at least on the more valuable and ethical side within their own category, Icecap sources diamonds that generally fall in “the upper half of the 4Cs” from one of De Beers’ “sight holders” based in New York and store them in an insured vault somewhere in the city. (A sight holder is the highest level in the diamond supply chain you can reach before the actual miners.) The company is also compliant with the Kimberley Process Certification Scheme (KPCS), established in 2003 to prevent “blood diamonds” from entering its inventory.

Supporters of this selling diamonds as tokens say the tokenization will work out if it can attract enough investors into the game to create a real market and therefore provide a better valuation system.

“Tokenization platforms digitalize real-world assets and places them on the immutable blockchain, ensuring not only security, but also portability, liquidity and fungibility,” Deane said. “With asset-backed tokens, accessibility and liquidity are enhanced, resulting in free price discovery and a much fairer market.”

But just like any investment, it’s not risk-free. “A decline in the inherent demand for diamonds will lead to a fall in token prices,” said Limpongpan, who now serves as the chief strategy office for Zipmex, a crypto assets trading platform. “This could be exacerbated rapidly if a lot of token holders are not from the gems and jewelry industry, causing a panic sell.”

“I don’t believe that that everyone will get out of gold and move into diamonds overnight, but some percentage of portfolios might want to include diamonds if a proper trading platform is created,” Voorhees said. 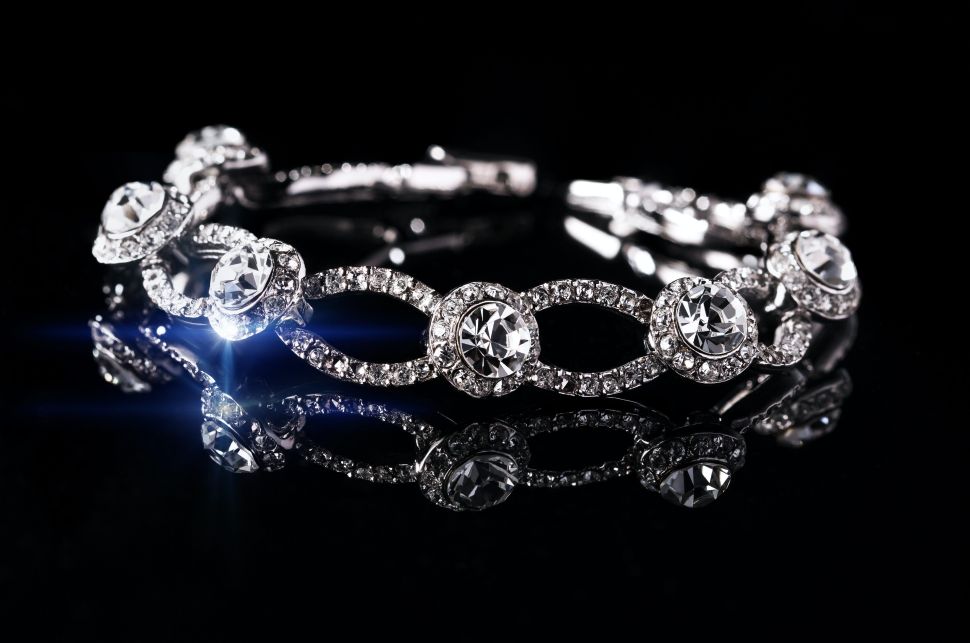