In a pandemic, streaming has in some ways become become more communal than it was before. Twitch streaming is on the rise, and Netflix Party synchronizes video playback and adds a group chat function so that you and your friends can watch Netflix together online from anywhere in the world. And naturally, since every other streaming service is chasing the market leader, it was only a matter of time until similar innovations were rolled out across the SVOD field. On Tuesday, the rapidly growing Disney+ formally introduced GroupWatch.

Similar to Netflix Party, GroupWatch allows up to seven different Disney+ subscribers to watch the same TV series or movie at the same time via synchronized video playback. To start, the feature has been made available in the United States, but will soon be rolled out in Europe later this fall. Initially, a test version was rolled out in Canada on September 10 and in Australia and New Zealand on September 18. Clearly, Disney was pleased with the results.

The home confinement forced by the coronavirus likely made GroupWatch a priority at the Magic Kingdom as normal movie-going experiences and TV watch parties have been disrupted. In late May, the Disney-controlled Hulu unveiled Hulu Watch Party and Amazon added a co-watching feature to Prime Video in June. The hope is that the communal viewing option might attract more subscribers. At this rate, we may never see another human face in person again.

Each GroupWatch participant must have their own Disney+ subscription in order to utilize the new function. Every user can pause, play, rewind, or fast forward the video for the whole viewing party. GroupWatch is available via the Disney+ website, Android and iPhone apps, smart TVs and other connected devices, so access shouldn’t be a problem for eager audiences. To start a GroupWatch, you simply click the icon under the title from your phone or the Disney website and send a link to your fellow viewers.

While GroupWatch does not yet feature a chat function like Netflix Party’s, users can react with emojis. If we’ve learned anything from texting over the last five years, it’s that emojis may very well be enough to cover the entire spectrum of communication.

As of August 5, Disney+ had officially surpassed 60 million paid subs, according to CEO Bob Bakish. Across Disney+, ESPN+ and Hulu, Disney boasts more than 100 million global subscribers. Season 2 of The Mandalorian, which premieres October 30, and the debut of blockbuster Marvel miniseries WandaVision later this year are expected to provide Disney+ with a boost. 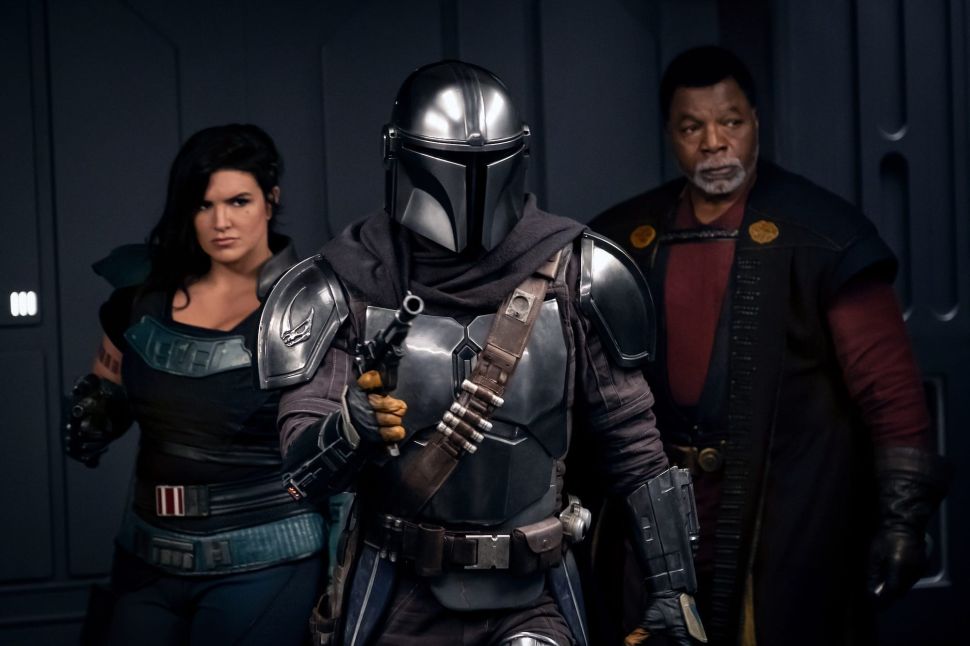