Edward Hopper has a stalwart reputation as one of the most revered American realist painters of all time, but new research from a graduate student at the Courtauld Institute in London has the potential to unsettle that reputation. According to the New York Times, Louis Shadwick, the researcher in question, recently discovered that a few of Hopper’s earliest oil paintings are nearly identical to images reproduced in a magazine for budding artists that had been published before Hopper’s paintings had been created and dated. One pertinent example is the nearly total similarities between the artist Bruce Crane’s 1880s painting A Winter Sunset, which Shadwick found in The Art Interchange magazine, and Hopper’s teenage creation Old Ice Pond at Nyack from 1897.

While it makes sense that a burgeoning artist would want to imitate other works of art before experimenting with inventions of his own, it’s less certain why Hopper would not acknowledge that the images he was reproducing did not spring from his head alone. “In all three paintings, the artist made no acknowledgment that they were copies, signing Rowboat in rocky cove and Ships ‘E. Hopper’ and Old ice pond at Nyack with the initials ‘E.H.,'” Shadwick wrote in The Burlington Magazine in part. “Rather than an attempt to mislead, however, the signatures seem merely to suggest the artist’s youthful pride in his earliest achievements in oil.”

If Shadwick is indeed correct, then works that are to this day attributed solely to Hopper and priced accordingly are perhaps not as valuable as they were previously perceived to be. The repercussions for Hopper’s legacy are as yet unclear, but different Hopper scholars will almost certainly have diverse reactions to this revelation about his earliest years. “It cuts straight through the widely held perception of Hopper as an American original,”  Kim Conaty, a curator at the Whitney Museum in New York, said to the New York Times. 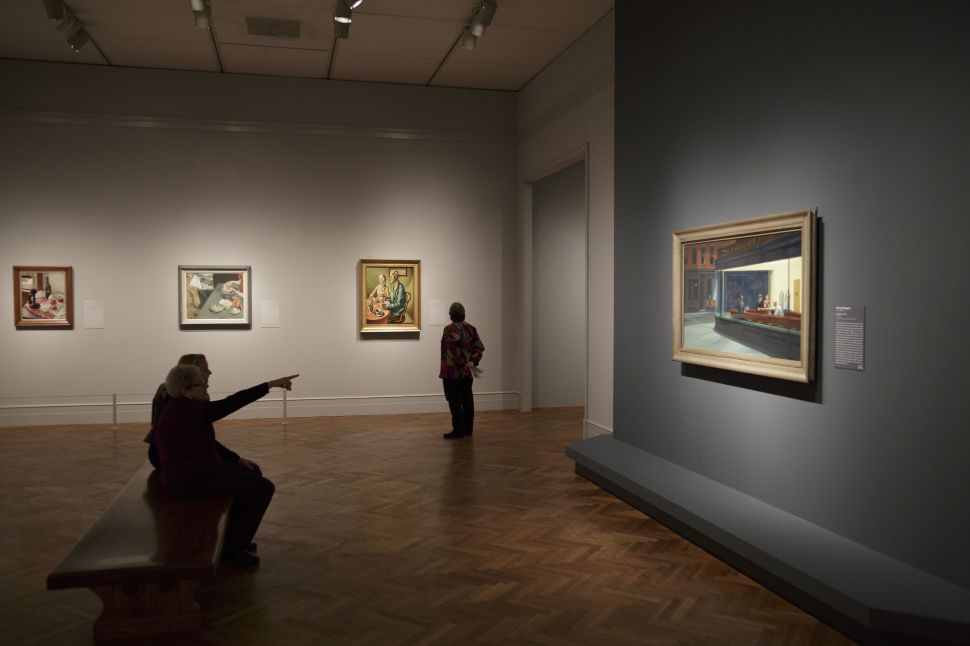