Ellen DeGeneres has been having an eventful summer. In the wake of allegations that the work environment propping up her eponymous talk show was rife with harassment, racism and toxicity, several high-level producers were fired and DeGeneres herself recently returned to air to apologize. While the DeGeneres brand has certainly taken a hit, her considerable net worth of approximately $330 million likely hasn’t been deeply threatened, which is why new reports that the talk show host is selling more than $10 million of her contemporary art collection in the Hamptons comes as somewhat of a surprise.

According to Bloomberg, with the aid of Van de Weghe Fine Art and Sotheby’s private sales gallery in East Hampton, DeGeneres has been lately seeking to get rid of a painting and a work on paper by Jean-Michel Basquiat, a mobile sculpture by Alexander Calder and a flock of sheep by the artist Francois-Xavier Lalanne. Apparently, several of the Lalanne sheep, which have been priced between $500,000 and $1 million, have already been sold to undisclosed buyers. DeGeneres and her wife Portia de Rossi are well-documented enjoyers of fine art and real estate, so the talk show host’s past investments could help provide insight into her recent art sale endeavors.

In a 2017 interview with Architectural Digest, DeGeneres actually said she had lost track of how many homes she’d owned, resided in and resold throughout her life. “Changing my environment is in my blood,” she added while discussing the adornment of her Beverly Hills home. The article also cited that the artists Rirkrit Tiravanija, Diego Giacometti, Andy Warhol, Jean-Michel Basquiat and Bill Traylor were represented in the host’s Beverly Hills home alone, so she’s certainly got a deep collection to fall back on once all her Lalanne sheep are with new owners.

Additionally, de Rossi is the founder of an art publishing startup called General Public that she founded in order to sell 3-D printed art prints for approximately $1,000 apiece, so there’s no shortage of enthusiasm for the market between these two. Ultimately, then, DeGeneres is probably selling a small fraction of her contemporary art in order to turn enough a profit to reinvest elsewhere. It’s business as usual for this TV juggernaut, despite the turmoil on her own show. 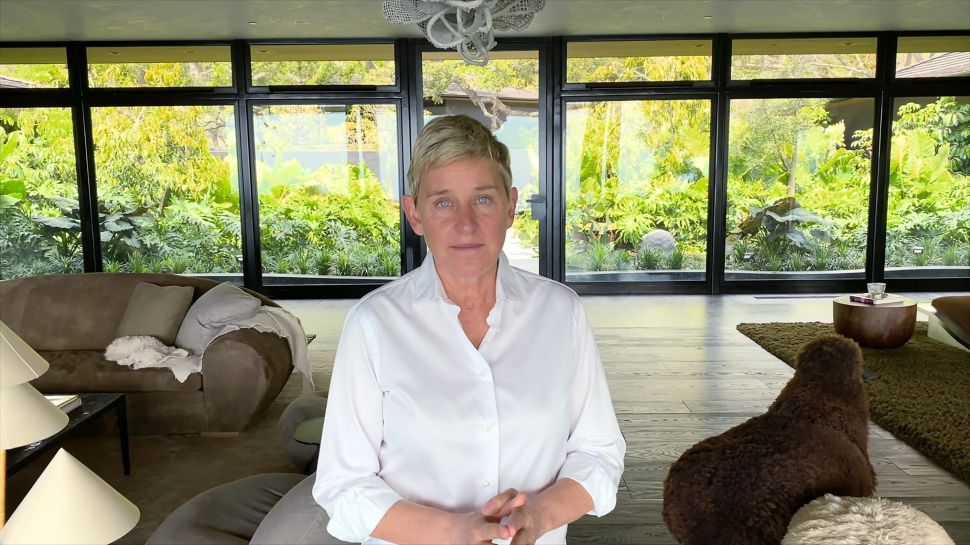