For most of 2020, Elon Musk has dominated news headlines for SpaceX rocket launches and Tesla’s wild stock movements, so much so that it’s easy to forget that another Musk-owned transportation venture, The Boring Company, has also been making rapid progress.

On Tuesday, Musk announced on Twitter that, after a full year in the making, The Boring Company’s first operational “loop tunnel” in Las Vegas is “almost done.”

“Tunnels under cities with self-driving electric cars will feel like warp drive,” the entrepreneur described the future in a tweet.

Tunnels are the final piece along with electric vehicles and self-driving to complete Musk’s green, driverless urban transportation dream.

The Boring Company built a test tunnel in 2018 near its headquarters in Hawthorne, California. A year later, it landed a commercial contract in Las Vegas to build a loop tunnel system for public use. According to The Boring Company’s proposal, the final system will be able to shuttle passengers in self-driving Tesla cars between any two destinations in Sin City within minutes.

Construction of the initial twin tunnels near the Las Vegas Convention Center (LVCC) was complete in May. The system is expected to be ready for public use for the Consumer Electronics Show (CES) in January 2021. But the event has been moved online due to the coronavirus pandemic. 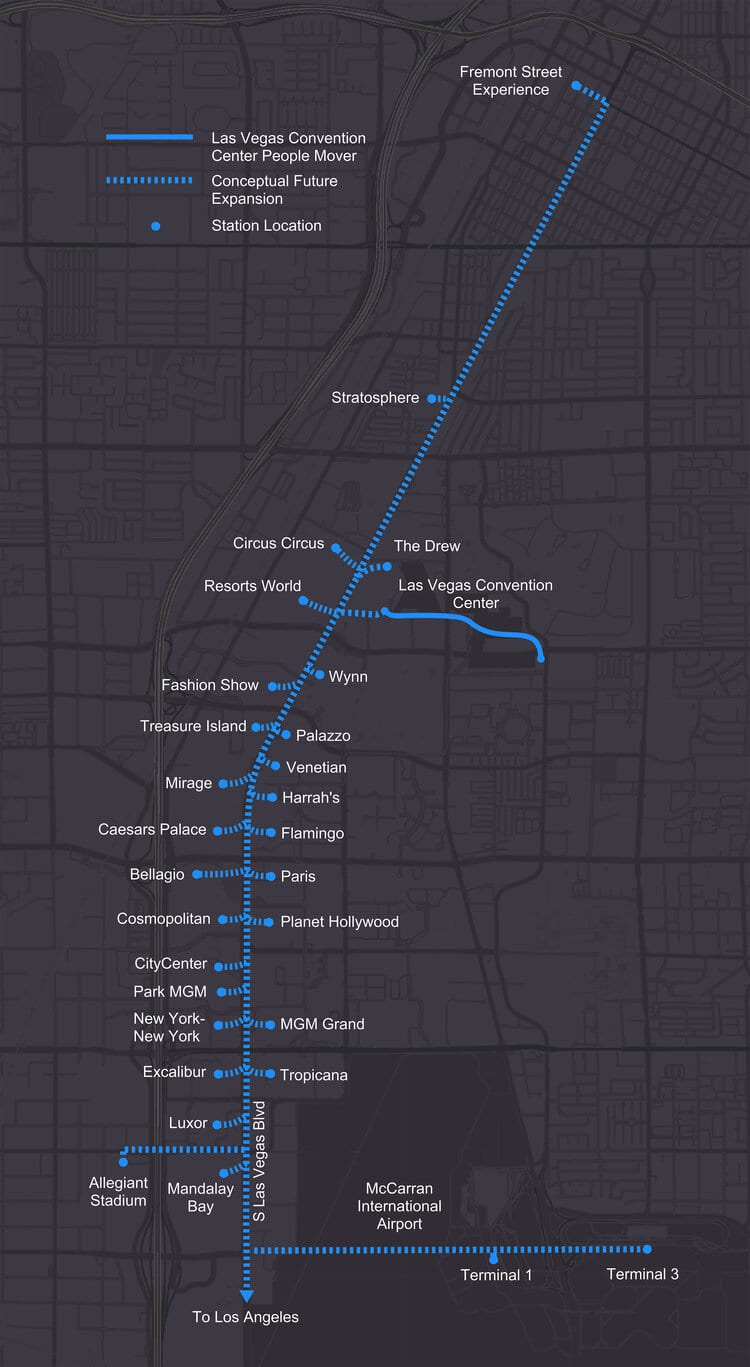 The Boring Company’s proposed design for the future “Vegas Loop.”

Last month, The Boring Company won a county approval to expand its LVCC transportation Loop to include an underground station at the new Resorts World hotel located at the north end of the Vegas Strip. Ultimately, the company aims to connect all major tourist destinations along the Strip, as well as two terminals of the nearby McCarran International Airport and downtown Vegas.

Musk’s original vision was to build a Boring system in Los Angeles to solve the city’s notorious traffic jams. The company is still working toward that goal after losing a construction contract in LA in December 2018 due to activist opposition.

“Embrace tunnels!” Musk exclaimed in another tweet on Tuesday in response to a video posted by a fan showing massive traffic congestion in Los Angeles. 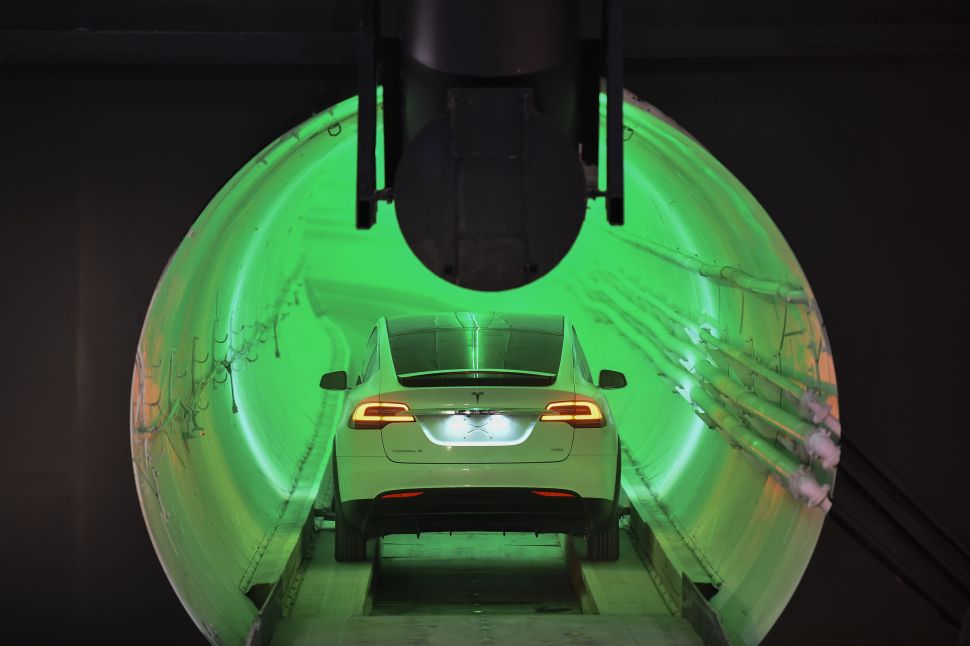