At the beginning of 2020, Tesla and SpaceX CEO Elon Musk was a “broke” billionaire, struggling to keep up with the big guns by making electric cars and launching internet-beaming satellites. But a coronavirus pandemic later, he’s $87.8 billion richer and now the world’s third-richest person, behind only Jeff Bezos and Bill Gates.

On Monday, Musk’s net worth soared to a record $115 billion after Tesla’s stock split sent the company shares up 12 percent in a single day. (A stock split doesn’t change a company’s market cap, but, by making individual shares more “affordable,” it tends to garner investor interest and drive share price higher.)

What’s behind his miraculous wealth gain in such a short time? Let’s take a dive into Musk’s many ventures and look back on their biggest moments of 2020 thus far.

In May, Musk received a giant equity bonus worth $750 million from Tesla for boosting the electric carmaker’s market value past the $100 billion mark for the first time. The bonus was the first payment of a controversial compensation plan approved for Musk in 2018.

In July, Musk received the second payment from the plan, a stock option package worth $2 billion, after Tesla’s market cap reached another record high. Under the compensation plan, Musk will be eligible for ten more such payments if he can grow Tesla’s market cap to $650 billion by 2028, requiring a steady pace of $50 billion every ten months.

Before his equity bonus payout, Musk owned about 34 million Tesla shares, good for about one-fifth of the company. Stock appreciation during the pandemic made up the majority of his wealth gain. This year so far, Tesla shares have jumped more than 500 percent, adding about $70 billion to Musk’s net worth.

If all 12 tranches of equity awards from the compensation package are paid out, Musk will be allowed to buy another 20.3 million Tesla shares, boost his ownership in the company to nearly a third.

Another chunk of Musk’s wealth gain during the pandemic came from SpaceX. At the end of 2019, the rocket company had a private-market valuation of about $33 billion. That number quickly rose to $46 billion in early August after SpaceX raised $1.9 billion in its latest fundraising round.

As its chairman and founder, Musk owns 54 percent of SpaceX. That means the valuation increase added about $7 billion to Musk’s net worth.

According to private company tracker Pitchbook, SpaceX is now the world’s third most valuable private company, after two Chinese tech giants, Didi Chuxing and ByteDance, the parent company of TikTok. 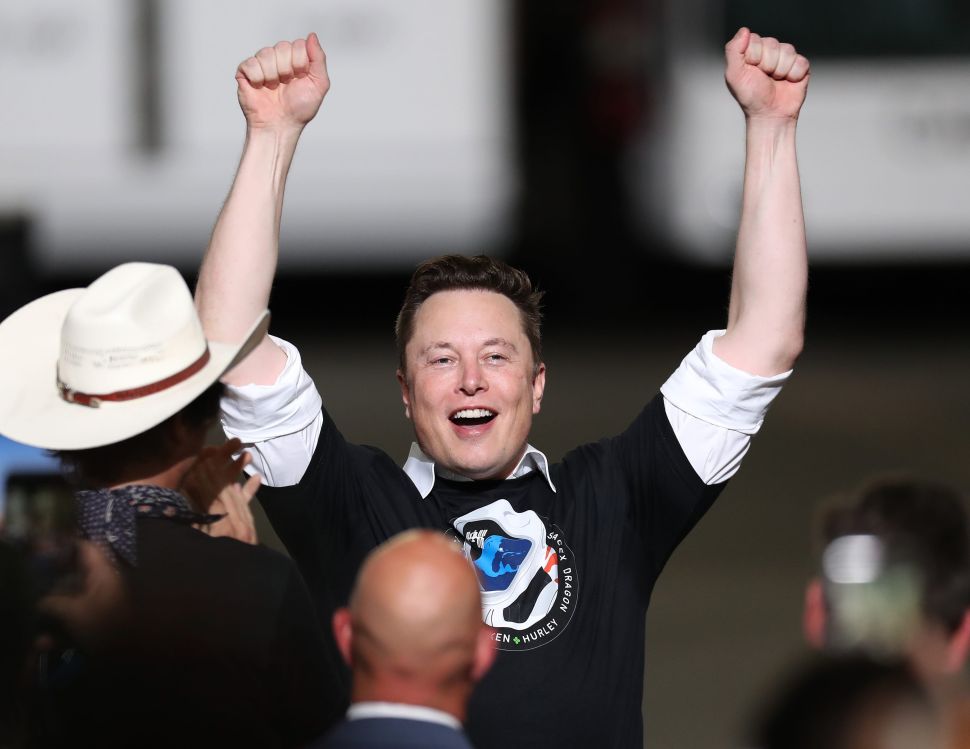