The Mandalorian, the live-action Star Wars series on Disney+, won the Creative Arts Emmy Award for Best Visual Effects on Wednesday night, capping a year of hype for its throwback approach to practical magic and in-camera wizardly. Ironically, the show earned that reputation and now the award for the cutting-edge digital VFX that suggested more nostalgic, old-school effects than even existed.

The series, created and run by Jon Favreau, does boast more tangible, practical, on-set effects, most notably the soup-sipping puppet that everyone lovingly refers to as Baby Yoda. Like the original elder Jedi from Dagobah, who was puppeteered by Muppets legend Frank Oz, Baby Yoda was controlled by experts on set, giving actors (largely Pedro Pascal, the titular bounty hunter) a more natural extra-terrestrial acting partner. But for the most part, the rest of the creatures who pop up throughout the first season’s eight episodes were created digitally in post-production, with much of the work being done by the VFX studio Pixomondo in partnership with Lucasfilm’s in-house shop, ILM.

Goran Backman served as Pixomondo’s VFX supervisor on the project, overseeing work on the creatures and vehicles in particular. He describes a collaborative process with Favreau and a Lucasfilm brain trust that included design supervisor Doug Chiang and overall VFX supervisor Richard Bluff, who often sent sketches, concepts, and ideas for creatures for Pixomondo to build on. Pixomondo wasn’t on the set, but worked during the production, which Backman says took about 10 days per episode, a blistering pace for a show with the scope of The Mandalorian.

The company’s alien portfolio was vast in the first season, with monstrous animals, sentient beings, and droids all made digitally. They ranged from massive Blurrgs and Dewbacks to the winged Reptavian and the tiny unnamed lizard that earned the nickname Groovin Snu.

The biggest and most involved creature they worked on during the first season was the Blurrg, a massive dinosaur yak-like monster that the Mandalorian learns to ride with the help of a moisture farmer named Kuiil (voiced by Nick Nolte). These hulking beasts first appeared as miniatures in the unforgettable ‘80s TV movie Ewoks: The Battle for Endor, which served as an inspiration for the new digital version.

“One of the things that Jon really liked about the Blurrgs was how they were stop-motion in The Battle for Endor,” Backman tells Observer. “He grew up with that show and loved it, so he wanted to bring the Blurrgs back. Our initial thinking was we should try to make it look a little bit like stop-motion, including how the skin feels and how light shines off it.”

Though they wound up creating Blurrgs that were far less clunky and obviously made of fabric and wood, the principle did guide how they depicted the creature’s movements and interactions with humans (and other alien species).

“The muscle work was a little bit stiffer than you would expect in a lot of creatures in which you see the muscles so well defined, as you do on the Blurrgs,” he explains. “So we did not a full muscle simulation on them, but we let the animators drive them more, so you see how the muscle travels under the skin.” 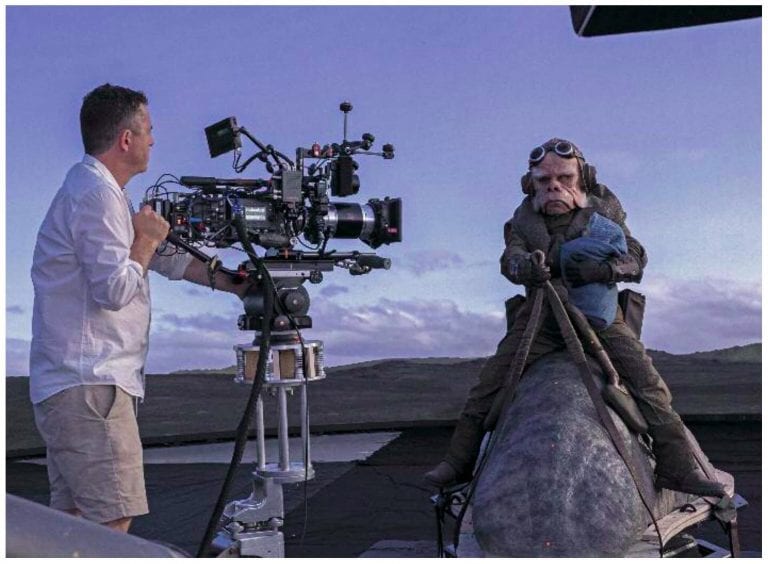 A Blurrg “buck” on the set of The Mandalorian.

In short, that obvious physical effort makes the motions just a little bit less smooth and natural, and the appearance of musculature serves as a reminder that it is a living creature (even if it obviously isn’t). Much of the focus was on how Pascal would be shown riding on the Blurrg’s back, which is at first a treacherous experience.

To sell the viewer on the hazardous, near-disastrous first ride, as well as subsequent safer passages, they worked in reverse, dictating its movements from the VFX studio. The crew built a basic model of a Blurrg mechanical bull-like machine on the set, complete with a saddle. Then it was up to Pixomondo to map out how the machine—formally known as the buck—would move. They used the animation software Maya and input the exact technical and physical specifications of the mechanical bull, so when they designed the movement, they had guardrails in place.

“In the real world they’d have a limited range and speed and acceleration,” Backman says. “In addition to that, we’d have each piston turning red when it was either going out of range or the acceleration was too fast. That way we would know we’re pushing this too far and they would not be able to replicate it on set. Then we’d have to take it back a little bit and be more gentle with the whole thing.”

Finding that balance was crucial, and not just for the sake of believability on screen. Once they ran through enough cycles and perfected the movement, Pascal and other body double actors hopped aboard the bucks, which were programmed to replicate the wild (but not too wild) simulations. Once that footage was captured, it was combined with a completely rebuilt, fully digital Blurrg, blending the practical and CGI effects in a novel, Emmy-winning way. 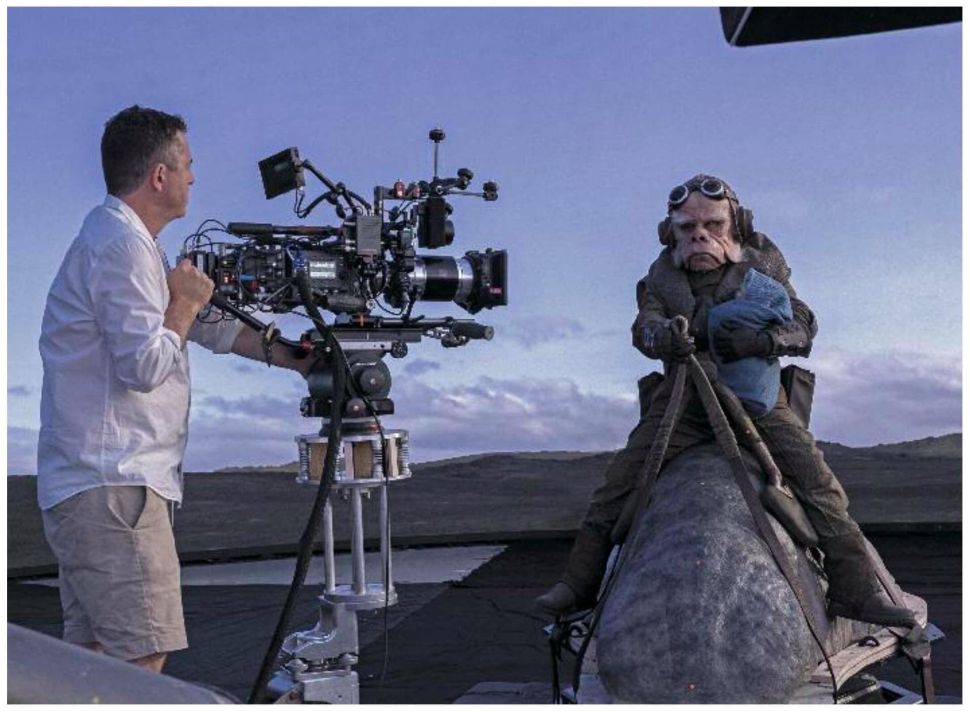