There are still 121 days left in 2020, a year that, for all the worst reasons, has been defined by its exclamation points making an era of chaotic uncertainty. A pandemic has stolen hundreds of thousands of real human lives worldwide and destabilized billions more as it rocked the global economy, from the world’s largest movie theater chains to local bookstores. Racial injustice has become the year’s defining social topic following the protests in the wake of the deaths of George Floyd, Breonna Taylor, Ahmaud Arbery and too many others. And in the meantime, life and its invisible pressures have not let up. If you were already hurting going into this year, you almost certainly hurt a lot worse now.

Creativity can only do so much to ease those pains, but it can try its damnedest to respond to them. The upcoming fall slate of art and entertainment admirably aims to do just that. A wealth of streaming theater. Must-see visual art. New TV, with production resumed and more on the way. Blockbuster and prestige movies alike (for now) scheduled to hit brick-and-mortar theaters. Books full of both potent analysis of our moment and much-needed escapism alike. There are 121 days left in 2020. Here’s the art and entertainment we expect to restore, inspire and enthrall us.

We just lived through a summer blockbuster season without blockbusters. Now get ready for a fall prestige season without…the prestige? Well, actually there is more than a sprinkling of that this season—the sorts of films that would garner Oscar attention in any year. They include a long-gestating Aaron Sorkin ensemble court drama from Netflix and a foray into musicals from Steven Spielberg. Both of those films—The Trial of the Chicago 7 and West Side Story—like many of the most anticipated fall releases, will brim with all sorts of urgency and relevance whether they like it or not. Fall’s movies will debut amid America’s ongoing protests over race relations, and they will stare into the eyes of a pandemic that crushed our economy, altered our lives and pushed the idea of movies without theaters from a distributor’s existential threat to an unprepared-for reality. Considering how long the coronavirus is likely to linger in our lives, with its shifting dates and the complicated way these films interplay with our real-life anxieties, the Fall 2020 movie season is in many ways a glimpse at the future of movies themselves.

Under normal circumstances, 2020 was meant to shatter the television record with more than 530 scripted series airing across broadcast, cable, and streaming. Sadly, 2020 has wound up as anything but normal. The coronavirus pandemic forced a global production shutdown and took a sledgehammer to the small screen schedule. Despite the unprecedented interference, however, the show goes on. Hollywood is not an industry that comfortably rests on its laurels and the fall television season reflects that restlessness. Between the debut of highly anticipated new series and the return of big-budget blockbuster shows, the next few months will be a crowded viewing marathon for dedicated couch potatoes. Here’s what you should be watching out for.

Fall is here! Everything’s closed! How to reconcile these facts in a non-depressing way? We’re still a vaccine away from crowding Broadway or a 75-seat black box. If one iota of good has come from lockdown, it’s how technology has brought theaters around the world to our laptops. We’ve been able to see archival work from Germany’s legendary Schaubühne, re-broadcasts of London’s smashing NT Live series, and top-notch work from San Francisco to Alabama and right here in New York. With wifi, you can be a theater tourist. We had hoped to curate a fall preview that was equally global but, well, the rest of the world has moved on. Theaters in Europe are set to re-open sometime this fall, but here in America, our drama will be distanced until 2021. Still, there are plenty of events worth your while, so until that vaccine comes, curtain time means dimming the lights and sliding on headphones.

Everything about the art world has been tossed into the air and pulverized in 2020 because of a number of different factors. The global coronavirus pandemic has challenged every element of human life, but so too has the murder of George Floyd, and the renewed outpouring of demands for racial justice altered the very fabric of what audiences want to see when they step inside the halls of hallowed museums. People don’t just want acknowledgment of the present day’s issues; they want accountability, equity and aesthetic justice from their favorite institutions. If these demands aren’t met, some formerly eager museum patrons may never return. In the programs opening in-person and online this fall, museums attempt to respond to their community’s needs.

At the beginning of lockdown, binge watching Tiger King was our way of coping with the elongated passing of time, and our way to mourn the elimination of live events and activities. But now, maybe in our 10th episode of Selling Sunset, and 25 seasons deep into rewatching Survivor, we might all be collectively at our breaking point with trash TV. Sadly, in-person events are still far from returning. But, now that the world is in month 5? 6? 13? of readjusting to life under COVID-19, many ballet and opera companies have developed creative ways of bringing art to audiences virtually. So, finally, maybe, we can watch something stimulating and moving and creative in between our episodes of mindless reality television. From live streams to pre-recorded performances, here are some of the highlights from the dance and opera world’s 2020 virtual fall season.

You wouldn’t be faulted for thinking it’s still spring, but we’re entering fall. While many readers quickly adapted to online sales and eBooks this spring, publishing wasn’t immune to the chaos of 2020. Many spring titles moved to summer, crowding a season that was already dense. Publishers think long and hard about fall releases during a presidential election year. This is an eclectic season of diverse, provocative and thoughtful titles. There are big, highly anticipated novels, including Don DeLillo’s The Silence, which eerily considers a pandemic, the translation of Elena Ferrante’s The Lying Life of Adults, as well as follow-up sophomore fiction by acclaimed young writers. Your summer of anti-racist reading shouldn’t taper off as the weather turns. Powerful essay collections, serious nonfiction and biographies of activist artists will move you to action. Give yourself the chance to think deeply and find solace in reading this autumn. 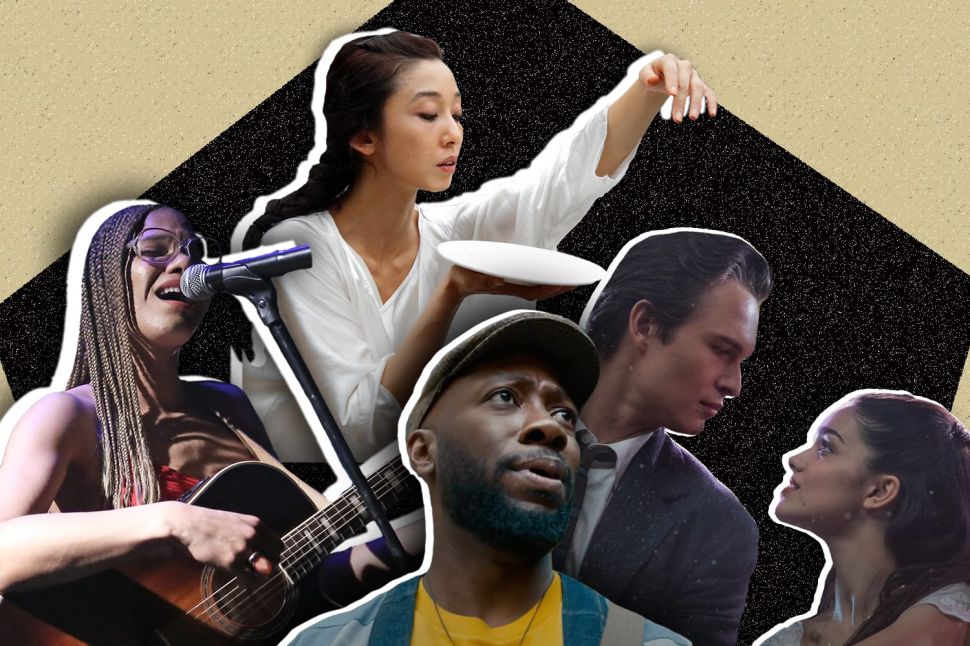