Everything about the art world has been tossed into the air and pulverized in 2020 because of a number of different factors. The global coronavirus pandemic has challenged every element of human life, but so too has the murder of George Floyd, and the renewed outpouring of demands for racial justice altered the very fabric of what audiences want to see when they step inside the halls of hallowed museums. People don’t just want acknowledgement of the present day’s issues; they want accountability, equity and aesthetic justice from their favorite institutions. If these demands aren’t met, some formerly eager museum patrons may never return. In the programming opening in-person and online this fall, museums attempt to respond to their community’s needs.

In February of 2020, the Museum of Contemporary Art in Cleveland canceled a planned exhibition of work by Shaun Leonardo that centered around police brutality towards Black and brown people. Now, Mass MoCA is launching this very exhibition, The Breath of Empty Space, accompanied by much fanfare and enhanced relevance. Leonardo’s multifaceted work interrogates race and masculinity while also drawing on the history of abstraction.

In accordance with the 57th anniversary of Dr. Martin Luther King Jr’s “I Have a Dream” speech, Nina Chanel Abney and Acute Art have launched Imaginary Friend, an augmented reality work that will debut at the Washington Lincoln Memorial as a free installation before being placed in locations still to be announced in Chicago, Grand Canyon, New York and Los Angeles. Abney intends the work to help individuals recognize their power, and to provide solace to everyone during a moment where access to their friends and loved ones has been curtailed. A smaller version of the project will also be available via the Acute Art app.

“Love is the Message, The Message is Death” at the Dallas Museum of Art in Texas (August 30)

Perhaps one of the most important examples of video art to be created in this present century, Arthur Jafa’s celebrated short film Love is the Message, The Message is Death displays endless, ruthlessly edited clips of Black pain, emancipation, momentary transcendence and joy against the backdrop of Kanye West’s bouncy spiritual “Ultralight Beam.” It’s brilliant and unmissable for anyone venturing out to the Dallas Museum this fall.

In collaboration with the Hudson River Park Trust, the Whitney is developing a permanent installation by the artist David Hammons that will involve the alteration of a shed that sits alongside the waterfront. While the museum awaits the completion of this project, they’ll be launching an exhibition that plays into the themes being explored by Hammons: downtown New York City, the particular magic of the Meatpacking district and the 1975 Gordon Matta-Clark project Day’s End.

Things may be temporarily uncertain at the physical premises of the Museum of Modern Art, but you can always rely on their curators to provide unparalleled entertainment no matter what the circumstances. This virtual lecture will consist of an exchange between anthropologist Marisol de la Cadena and poet and artist Cecilia Vicuña; two equally forceful grammaticists who toy with the boundaries between humanity and nature.

“Samara Golden: Upstairs at Steve’s” at the Fabric Workshop and Museum, Philadelphia (September 10)

This fall, Philadelphia’s Fabric Workshop and Museum reopens with an exhibition introducing contemporary artist Samara Golden to the wider world. Golden is a Minneapolis College of Art and Design and Columbia University-trained artist whose sensibilities have congealed around the notions of community, delusion and one’s immediate surroundings: she creates “psychological architecture” that can take many different forms. This installation, described as a post-disaster seaside scene, was started before the pandemic and finished five months later. It sounds as though the theme will still resonate despite the delay.

This exhibition will showcase the art of Betye Saar, a trained printmaker whose colorful collages and assemblage sculptures memorably confront and reconfigure racist imagery. Saar’s work also deals explicitly with the slippages of time: she’s speaking through the past, present and future in order to communicate with the viewer. This exhibition in particular will scrutinize the relationship between the artist’s annotated sketches and her finished work.

This exhibition stands to be a celebration of a phantasmagoria of different designers from many different parts of the world, and it’s divided up into eleven sections so as to best showcase the array of ingenious ideas that will push our world forward: Labors, Cities, Intimacies, Bodies, Powers, Earths, Foods, Materials, Generations, Informations, and Resources. Especially in a world that’s been thrown into such upheaval of late, designers have the unique ability to solve existential problems with technical innovation.

This show is part of the inaugural UOVO Prize awarded to an emerging Brooklyn artist by the Brooklyn Museum. The winner,  photographer and video artist John Edmonds, was invited to directly respond to the museum’s Arts of Africa collection and he came up with a series of still lifes and portraits of Central and West African sculptures that comment upon the history of these objects. Edmonds also created a large installation on the side of storage company UOVO’s Bushwick facility that further elaborates upon these themes.

“About Time: Fashion and Duration” at the Metropolitan Museum of Art, New York City (October 29)

For diehard art and celebrity enthusiasts, one of the most conspicuous absences that punched a hole in our calendars this year was the cancelation of the annual Met Gala due to the coronavirus pandemic. Because of the untimely virus, we weren’t able to gaze upon sartorial interpretations of this exhibition’s theme, which is all about the conceptual notion of trends and how clothes can intrinsically link themselves with temporal associations. The exhibition will unfurl via an enormous clock face design: two adjacent galleries featuring items of clothing from different eras will be in conversation with each other.

Much like the recently deceased Germano Celant, the undisputed coiner of the “Arte Povera” movement, Mario Merz was an artist who constructed installations that were simultaneously deeply political and totally original. This exhibition is a showcase of Merz’s flair for fruit, wax and tar; the artist liked to repurpose igloos and dinner tables and transform them into sculptural showcases for the individual. 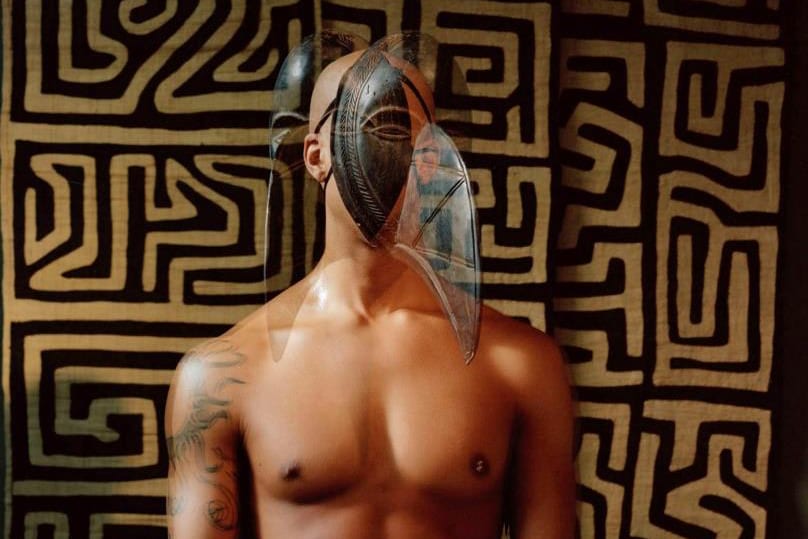