In a recent interview, Oscar winner Eddie Redmayne revealed that production on Fantastic Beasts 3 has resumed in the U.K. following a six-month hiatus due to the coronavirus pandemic. Despite the near-term clarity, however, the long-term future of the franchise remains uncertain.

Warner Bros. and Harry Potter franchise architect J.K. Rowling initially envisioned Fantastic Beasts as an ambitious five-picture series. Yet 2018’s sequel, Fantastic Beasts: The Crimes of Grindelwald, dropped 32% at the domestic box office ($159.5 million), 15% internationally ($495 million) and 20% worldwide ($651 million) from its 2016 predecessor ($813 million worldwide). These would be concerning declines for any big budget blockbuster franchise, let alone one aiming for five total films. It didn’t help that the film itself was largely panned, collecting a Rotten Tomatoes score of just 36% compared to the 74% earned by the 2016 original.

The intervening years have also seen Rowling and stars Johnny Depp and Ezra Miller become embroiled in varying public controversies. All together, this has sparked skepticism from industry onlookers regarding the future of the franchise and the apparent commitment to the series from Warner Bros.

In economics, the sunk cost fallacy refers to the continuation of a behavior or endeavor as a result of previously invested resources. In this case, the question of why continue throwing good money at an underperforming product appears to have taken root.

“The Fantastic Beasts franchise certainly isn’t heading in the right direction at the moment, however, WB seems to be playing the long-game with its creator, J.K. Rowling” Jeff Bock, senior box office analyst at Exhibitor Relations, told Observer. “Much like WB did with Christopher Nolan in releasing Tenet on the big screen, WB likely knows they will absorb a financial blow with Fantastic Beasts 3, but they want to stay in business with Rowling.”

Rowling holds unique rights ownership related to publishing and theatrical endeavors within the Harry Potter Wizarding World. She has been a producer on all big screen films since 2010’s Harry Potter and the Deathly Hallows: Part I.

Spanning 10 theatrical films over the last 19 years, the Wizarding World IP has generated more than $9 billion at the global box office. Combined, the Harry Potter and Fantastic Beasts films are the third highest-grossing film franchise in cinematic history. There are also rumors of additional Wizarding World content heading to WarnerMedia’s streaming service HBO Max. Overall, the entire multimedia franchise has previously been valued at $25 billion. Moving forward with Fantastic Beasts 3 may just be part of a larger goal.

“Not all currency is dollars and cents,” Paul Dergarabedian, Comscore’s senior media analyst, told Observer. “The pandemic is throwing another dynamic into the mix. Eventually, we’re going to need more content down the road whether it be for the big or small screen. They must figure, within the confines of the sunken cost fallacy, that there are other benefits available. This may be a loss leader, where you sacrifice short-term profit for a long-term gain.”

Despite the concerning box office downturn taken by The Crimes of Grindelwald, Dergarabedian still sees potential for a possible rebound with Fantastic Beasts 3.

“Moviegoers, families and Harry Potter fans would still love to see it as long as the movie is good,” he said. “By the time it arrives, moviegoers will be hungry for big content. More important than money, controversy, or anything in Hollywood is content. Content is king. If a movie is good, it can generally transcend anything.”

Hit Broadway show Harry Potter and the Cursed Child has long been viewed as an inevitable film adaptation down the line that could reunite the original cast. Given the expansiveness of the fictional universe, there is endless opportunity for spinoffs and complimentary content across various mediums. Similarly WarnerMedia is currently mining the Game of Thrones source material for additional series on HBO. Opting to maintain the status quo at the studio level is likely a decision borne out of these big picture factors.

“Hollywood is a chess game, and sometimes you have to sacrifice a couple smaller pieces to ultimately win the game,” Bock said. “I’m sure the hope is that by completing this series, the next Wizarding World adventure will return to the realm of Harry Potter, either as a prequel or a traditional sequel, which would automatically place the film in the realm of $1 billion.” 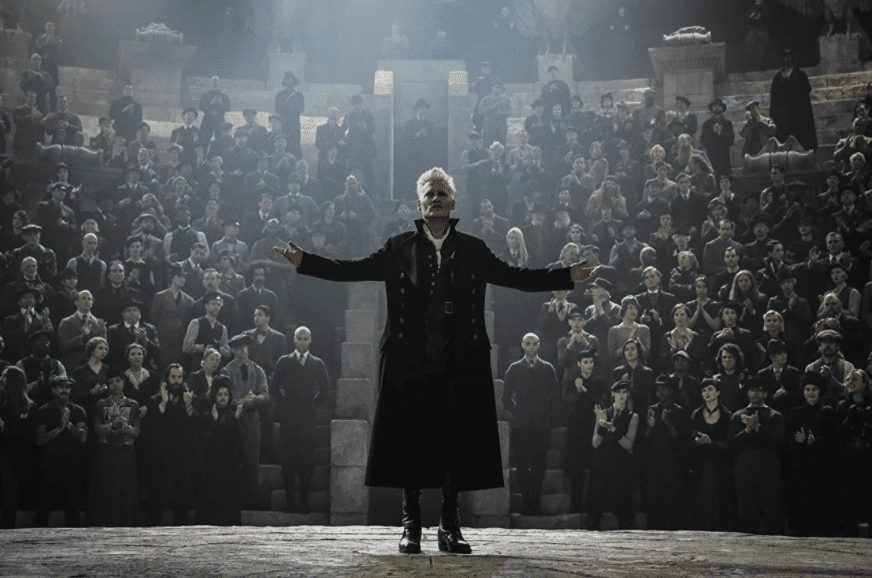