In a modern world that’s saturated with imagery of essentially everything you could possibly imagine, it’s very rare to see footage that positively stops you in your tracks. But that’s exactly the case with the video that’s been making the rounds on Twitter. Dating back to 1902, the pertinent clip is film of the Wuppertal Suspended Railway in Germany that resides within the collection of the Museum of Modern Art in New York City, and which the museum recently published in a YouTube video in early August. Now, however, the footage has been subtly colorized and upscaled to 4K quality, and the result is astonishing visual insight directly into the past.

The @Moma released this haunting 1902 film of the Wuppertal Suspended Railway in Germany – but now it’s been colourised and upscaled to 4K and it is incredibly beautiful pic.twitter.com/pKMV3BE1Zt

This footage, which was shot on the Biograph Company’s proprietary 68mm stock film, captures the extraordinary view from a suspended railway car traveling through the German city of Wuppertal in the year 1902. Within two minutes, viewers can take in images of closely-set homes, “antique” streetlights, strolling pedestrians, a child playing on a swing, farms, machinery and the gradual progression from a rural area to a more urban one.

The gently colorized version, which was produced and updated to 4K by the YouTuber Denis Shiryaev, even more eerily produces the impression that you’re gazing not into the past, but into some sort of alternative universe. Especially because the viewer is offered the perspective of “flying” above Germany in 1902, the eerie omniscience provided by watching from the future is almost overwhelming.

Over the summer, MoMA has been releasing many different films from their vault in order to keep audiences entertained until the museum itself could reopen. Other recently-unveiled gems include Marcel Duchamp’s Anémic cinéma (1926), Dudley Murphy’s Ballet mécanique (1924) and an excerpt from Lime Kiln Club Field Day (1914), the earliest surviving film with an all-Black cast. 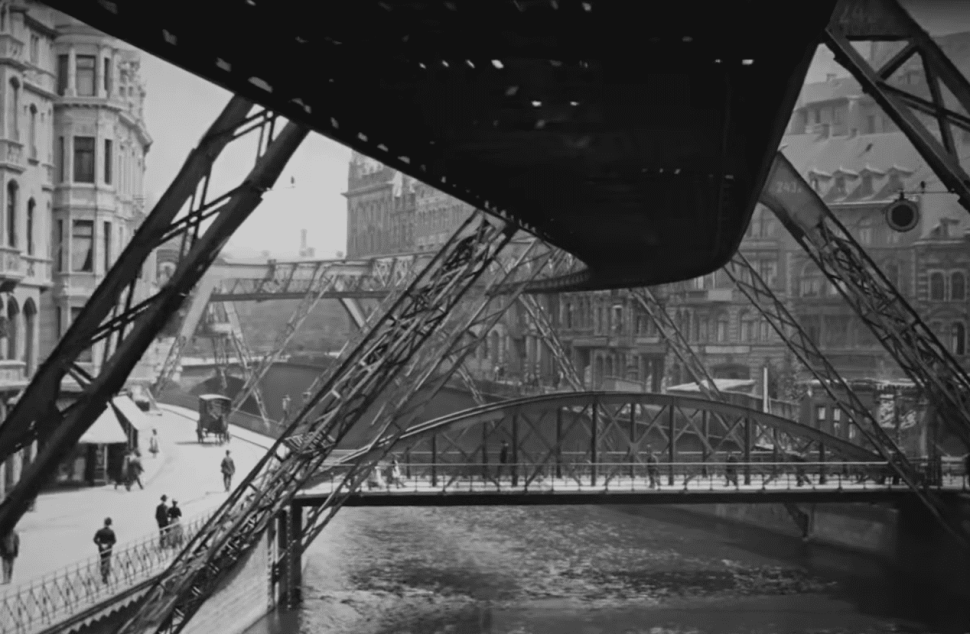