Despite his mild-mannered nature and penchant for self-deprecation, Fargo creator Noah Hawley can be intimidating. Well, more specifically, his work can be intimidating, even unnerving veteran actors. Such was the case for Jason Schwartzman, who met with Hawley at an Italian restaurant in Los Angeles 18 months ago to discuss the role of crime family prince Josto Fadda in Season 4.

“I knew very little about [Season 4], but he was talking a lot about Italian” language and culture, Schwartzman tells Observer. “There were a lot of Italian elements and characters and even dialogue. Then the server came to take our order and I got very nervous about pronouncing the food. I thought, Is this some kind of test of whether or not I’m going to pronounce one of these pastas incorrectly? Is he checking my authenticity? So I had the lentil soup.”

Hawley’s small screen remix of the Coen Brothers’ classic 1996 film has always been driven not only by violence in America, but the role that money has played throughout this country’s history. In Season 4, the showrunner intersects those foundational building blocks with race. The new batch of episodes take place in 1950 Kansas City where two crime syndicates—the Italians, led by Schwartzman’s Josto, and the African Americans, led by Chris Rock’s Loy Cannon—jockey to control their slice of the underworld while fighting for a piece of the American dream. As tensions rise, the crime heads trade their youngest sons in an attempt to strike an uneasy peace.

Season 2 largely revolved around the death of the family business and the rise of corporate America. Season 3 flirted with a post-corporate billionaire class exploration of what it does to you when money becomes an almost unreal construct. In choosing one Black and one Italian family to represent the barrier of access to the American dream this season, Hawley pushes Fargo into a more direct conversation about race than ever before.

“For me, Fargo is always about the line from the movie: ‘And for what? For a little bit of money? There’s more to life than a little money, you know.’ The idea of the things that people do for money was always in my head,” Hawley tells Observer. “If we’re telling a story about Americans and capitalism, then we have to go back to the original sin of American capitalism, which is the exploitation of free and cheap labor. It’s slavey and the way we used immigrants.”

In reality, neither of these groups were on the inside of the American experience or the American economy. So, in Hawley’s heightened reality, they are battling for a position in an alternate, crime-driven economy and at the same time, all hoping that one day they will be allowed in to the mainstream.

In prior seasons, Fargo has always had a police officer at the center of its disparate web attempting to string together the various criminal threads. This season, that role falls to the biracial 16-year-old Ethelrida Pearl Smutny (E’myri Crutchfield), who evokes Alfred Hitchcock’s Rear Window with her keen observational skills. Ethelrida is one of several main characters in what is easily Fargo‘s most ambitious season; there are a lot of Midwesterners to keep track of this time around. The logistics of this ensemble undertaking were already daunting prior to the production shutdown forced by COVID-19, which compounded the problem. FX was worried the story was too unwieldy. But intentionality and collaboration run through Fargo as much as Prairie accents and violence.

“So much of the time when you watch a period piece about racism, you end up with scenes of overt racism that create fresh injury. The minute we see that sheriff, we know what’s going to happen,” Hawley said. “So how do you tell the story?”

“It’s a credit to Noah as the arranger and the orchestrator,” Schwartzman said. The actor noticed similarities between Hawley and his frequent collaborator Wes Anderson when it came to preparation and instruction. “I always felt like I knew what they wanted out of the situation. A feeling that no matter how much is going on, he’s right there for you and with you if you have a question. In the trenches, so to speak. Just knowing what they don’t want, which I love.”

What Hawley didn’t want as Fargo tackled race head on was to needlessly open up new wounds. Understanding that we’ve all seen period piece dramas that deal with racism and are familiar with their beats and routines, he wanted a sense of self-awareness in this new story.

“So much of the time when you watch a period piece about racism, you end up with scenes of overt racism that create fresh injury. The minute we see that sheriff, we know what’s going to happen,” Hawley said. “So how do you tell the story? You have to remind people how things used to be, but can you do it in a different way?”

One element of the Fargo universe dating back to the filmography of the Coens that is perpetually different is the mixture of the surreal. There’s a spiritual side to the filmmakers’ work whether it’s the lone biker of the apocalypse or John Goodman’s character from Barton Fink or Javier Bardem’s Anton Chigurh in No Country for Old Men. There’s a sandbox of philosophical ideas to play with through otherworldly means that has carried over into Fargo‘s small screen counterpart.

That Season 2 UFO—born out of the assassination of John F. Kennedy and Martin Luther King Jr., the Watergate conspiracy, and the pervading paranoia that convinced Americans they were constantly being watched—is the show’s most notable example. Season 3’s purgatorial bowling alley was a way to explore the idea of cosmic justice. Season 4 has its own undercurrent of unbelievable that Hawley hopes will add a necessary subtext.

“For me, I thought how exciting it would be to be able to tell the story not just as a literal story, but as a parable on some level,” he said. “Let’s turn an idea into a literal idea, but in a way that still maintains its allegorical nature.”

In Season 4, Hawley was well aware of the formula his show has deployed since its debut in 2014. His attempts to reverse engineer a fresh final product are apparent in its expansive construction, in its characterization of new faces such as Josto and Loy, and its thematic focus. What hasn’t changed is Fargo‘s off-kilter view of a world askew from its natural resting place. 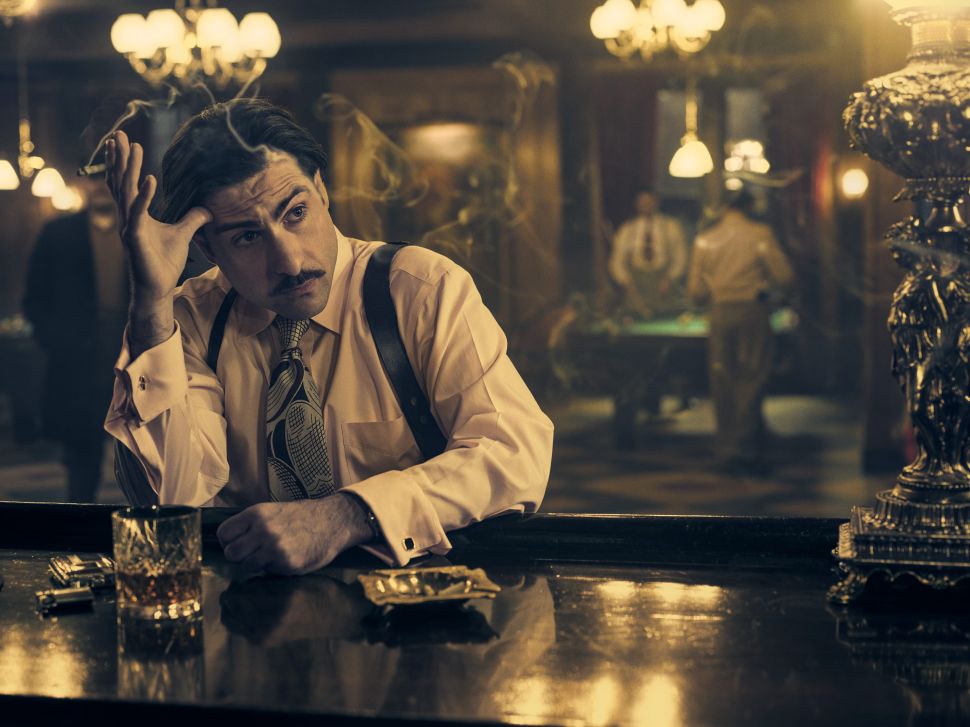