Before his voice work on adult cartoons such as Bob’s Burgers and Archer, H. Jon Benjamin had a stand-up bit where he discussed music as an outlet, then he would play piano.

“My son, Judah, frequently points out how bad that bit went,” Benjamin says. “I just teased it out to its worst possible conclusion, to the possibility of doing an entire album.”

Now, five years after his improvisational jazz debut Well, I Should Have…learned how to play piano, the “Jazz Daredevil” has returned with The Soundtrack Collection this summer. The second album features Benjamin recreating famous movie themes with the help of his Moog synthesizer, producer Zachary Seman and, on some tracks, the Budapest Scoring Orchestra. The full-length album includes pieces from Beverly Hills Cop, Top Gun and Love Story.

In an interview with Observer, Benjamin discussed the new album, his love of jazz and the upcoming Bob’s Burgers movie.

Observer: The Soundtrack Collection sounds like an album Gene from Bob’s Burgers would make.
Jon Benjamin: Gene might be better than me. He plays originals. I just do covers.

Have you been practicing?
Not practically. Theoretically. I did try to start to. The first idea for a follow-up was that I would learn how to play and put out an album, which would probably be even more mediocre. It proved, after two lessons, too difficult. I gave up quickly.

[The Budapest Scoring Orchestra] did not know that I couldn’t play, and they were unhappy about it.

In the last album, you played with a jazz band. Here, you’re playing a Moog synthesizer. Did Seman recommend you play the synth for the new album?
No. There might have been some idea to use the synthesizer as a way to cover up how poorly I play. In some parts, it worked. I realized I can solo a lot better on the synth than acoustic. My solos are solid now.

It does sound like you’re trying.
I am. I hope that comes across. When we recorded, some were not continuous takes, and I really did try and learn them. In this case, I had to be guided a little bit on where I’m playing, but everything else is just beautiful intuition. It comes from right from the heart.

How many takes did you have per song for this new album?
It depended on the song. “Love Story” took a long time. That might have taken over a year. Some stuff, like “Theme from Halloween,” was one take. “Duelin’ Moogs” was also one take. We went back a couple of times to fix things. It’s hard to say in interviews that I went back and fixed my work on this particular album, considering the reality of the sound, the sonic experience, but we were also trying to be as improvisational as possible.

Were there songs that you wanted to do but couldn’t?
We went back and forth on what would be most recognizable to the most number of people, and songs that highlight and feature synth. I think “Rockit” by Herbie Hancock was the other one we wanted to get and record.

How did the Budapest Scoring Orchestra feel about collaborating with you?
They work for hire, but they didn’t know what was happening. When we flew to Hungary, everything was very up in the air. There was not a lot of planning. We went into the studio cold. It’s remarkable how they work. They score a ton of projects and soundtracks for movies, internationally. They are like this well-oiled machine, and they go session-to-session. We had an hour with them. They did not know that I couldn’t play, and they were unhappy about it.

Obviously, it wasn’t an original score, so it was an easy job. Playing with me was the wild card. We did a couple of takes where they couldn’t hear me, then we piped me into their headphones, and they didn’t stop playing. We were shooting it for the video, and we thought it was great, but we didn’t know how they would react. In the end, some laughed, and some grimaced. I guess I would say they were nonplussed.

Have you been learning any other instruments during quarantine?
No. I’m completely focused on the synth now. I don’t know what I’ll do for my next album, but I gotta start thinking about it. I’ve gotta do one every five years for the rest of my life. I want a section in every record store, but I’m sticking with jazz. That’s my calling.

There’s definitely progress [on the ‘Bob’s Burgers’ movie]. We’ve started recording the audio as best as we can. Everybody’s working from home, but I know they’ve created animatics for a lot of it.

What is it about jazz that you enjoy?
I grew up listening to jazz through my father. That’s what probably started the seed of my interest in trying to do it. A lot of people have pointed out that the joke was crass because it’s offensive to real jazz musicians who work really hard and do what they do. To defend my thesis, I’m really trying to play, and jazz is probably the only music that allows me to do that because it’s improvisational. It’s like I can really unpeel the onion of my creative spirit. I’m showing you my personality, as any jazz musician would do, through playing.

Have any musicians given you feedback on your music?
I haven’t heard from anybody yet. Harold Faltermeyer (the composer behind the “Axel F” theme from Beverly Hills Cop) has not called me. I’m waiting to get that vaunted Faltermeyer call for validation.

Do you have any news on the Bob’s Burgers movie?
There’s definitely progress. We’ve started recording the audio as best as we can. Everybody’s working from home, but I know they’ve created animatics for a lot of it. So far, I’ve logged four or five sessions, and done a first pass for the movie. I think it’s on track to be released in the spring, but I don’t know if it’s going to stay that way. They’re working on it aggressively now, as best as they can.

Is there anything you’d like to add about The Soundtrack Collection? Maybe anything you recommend listeners do while taking in this album?
It’s definitely good driving music. Put the top down. Turn the volume up and hit the town. No, don’t hit the town right now, actually. Just stay home.

This interview has been edited for brevity and clarity. 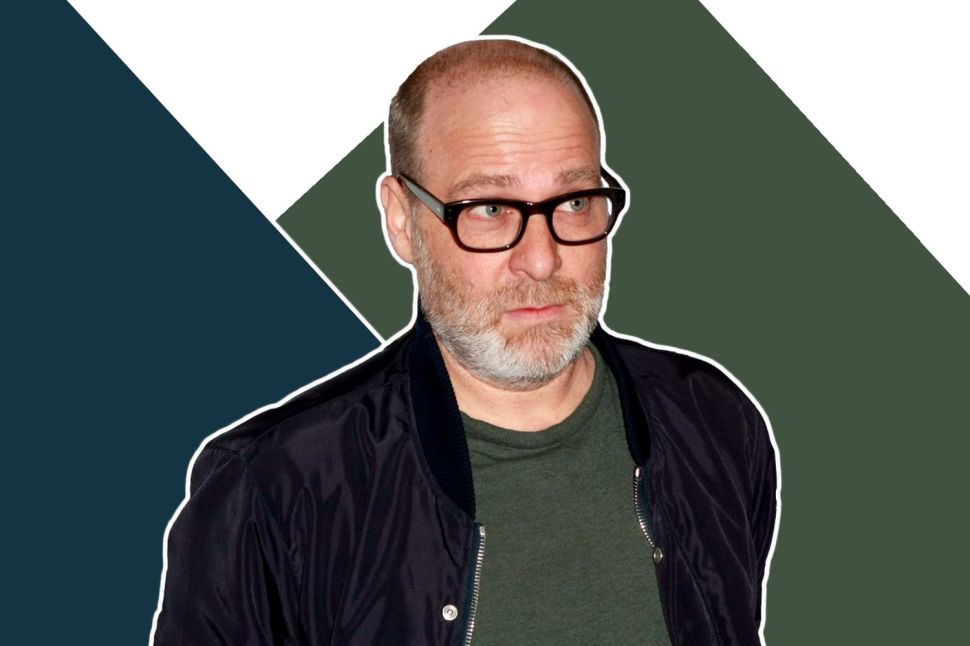