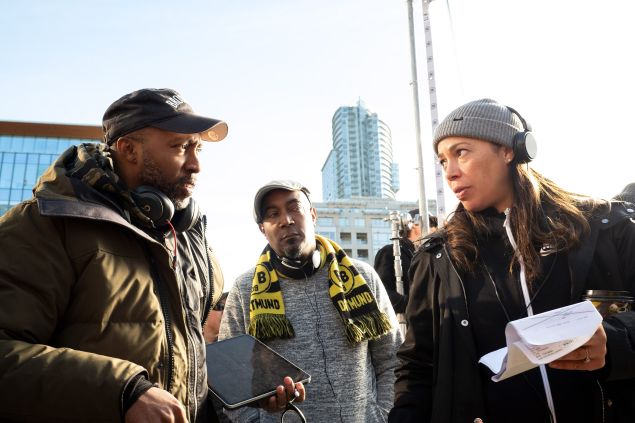 Woke is the one of those meta shows that feels like you could almost be watching a documentary about a friend-of-a-friend if it weren’t for the sleek visuals and snappy dialogue. Keef Knight—played by Lamorne Morris and based on the real-life dealings of political cartoonist Keith Knight—is a Black illustrator about to hit the big-time with a syndication deal when a pack of police randomly accost him and throw him to the ground only to realize he’s not the suspect they’re looking for.

This incident throws even-keeled, don’t-rock-the-boat Keef into existential turmoil, which makes his drawings and other normally inanimate objects start talking to him. This, of course, isn’t like a documentary at all. In fact, it joins the ranks of less than a handful of TV shows like FXX’s Man Seeking Woman or BBC’s The Young Ones from 1982, which incorporated puppetry with live action. And certainly no one has yet created the puppets and animation to the sophistication and seamlessness that is seen in Woke. 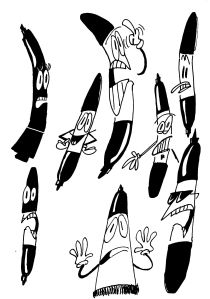 Some of Keith Knight’s illustrations for Keef’s marker seen in Woke. Courtesy of Hulu

“We’d discussed incorporating [my drawings] as these visions that Keef was going to have,” says Knight, “but it wasn’t until Moe pitched his idea of what the show should look like that elevated everything. He was the one who suggested that we use puppetry so that it would feel like [these characters] were in the world.”

Marabel’s look book consisted of references like Do the Right Thing, Eternal Sunshine of the Spotless Mind, Amelie and Sorry to Bother You—magical realism. When Stoopid Buddy Stoodios’ head of development Chris Waters and head of builds division Ben Bayouth were shown an early version of the pilot script, they’d already seen a lot of pitches where inanimate objects come to life. But they’d never seen one that felt so organic to the story and character journey. “The script inspired us,” says Waters, “and then we got to know Keith’s work—it has so much vitality and humor baked in that we knew this was a project we wanted to sink our teeth into.”

With Marabel’s instrumental visual guidance via his look book, Bayouth—who took the lead on puppet design and artistry for this project—put great importance into the design of the objects that come to life. “We needed them to feel grounded to the scene rather than like they’d been overplayed in post,” says Waters. “So, Ben would start the design process by reviewing Keith’s designs and referencing real-world objects like a trash can, or a 40 oz. bottle. He then he experimented with how cartoony we could make the characters before we lost that grounded feel.”

When testing the 40 oz beer bottles, for instance, they initially molded and cast those out of silicone to enable an exaggerated animation. But after seeing the early animation tests, they quickly realized that Moe wanted a more nuanced style to ground the performance. They switched to glass and Bayouth and his team used rods to animate the bottles on set. They added facial animation in post-production to bring the characters fully to life.

When it came to Toast and Butter, Keef’s original cartoons that garnered him the mainstream success he thought he was so endeared to, they were animated in 2D. And Knight says there was a reason for that: “We wanted to get it across that they weren’t that deep.”

Knight was adamant that Woke not become a buddy comedy between an animated character and a human, the wise-cracking marker and Keef. He wanted Keef’s journey—which is, of course, partly his own real-life journey—to be a humanized one. 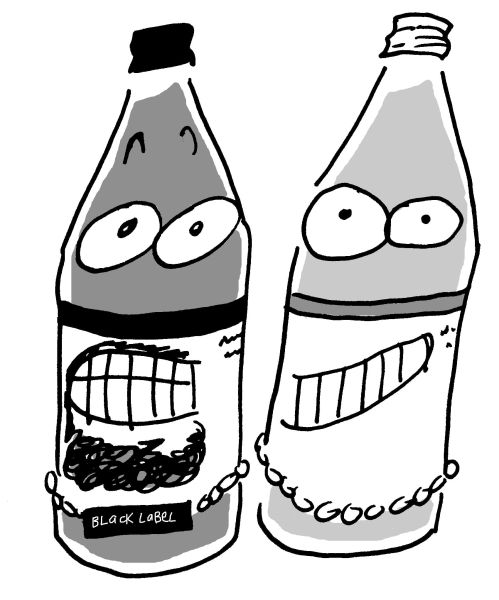 Keith Knight’s illustrations of the bottles seen in Woke. Courtesy of Hulu

Knight adds: “I’m just completely overwhelmed and humbled by the quality of the work. The guys at Stoopid Buddy Stoodios, Moe, everyone. It’s just amazing to see your work… I guess I always knew my stuff would be developed for something, but I always thought it would be some sleazy outfit in Vegas or something telling me they ran out of money. This show is a testament to the hard work from everyone in front and behind the camera.”

Woke is available to stream on Hulu. 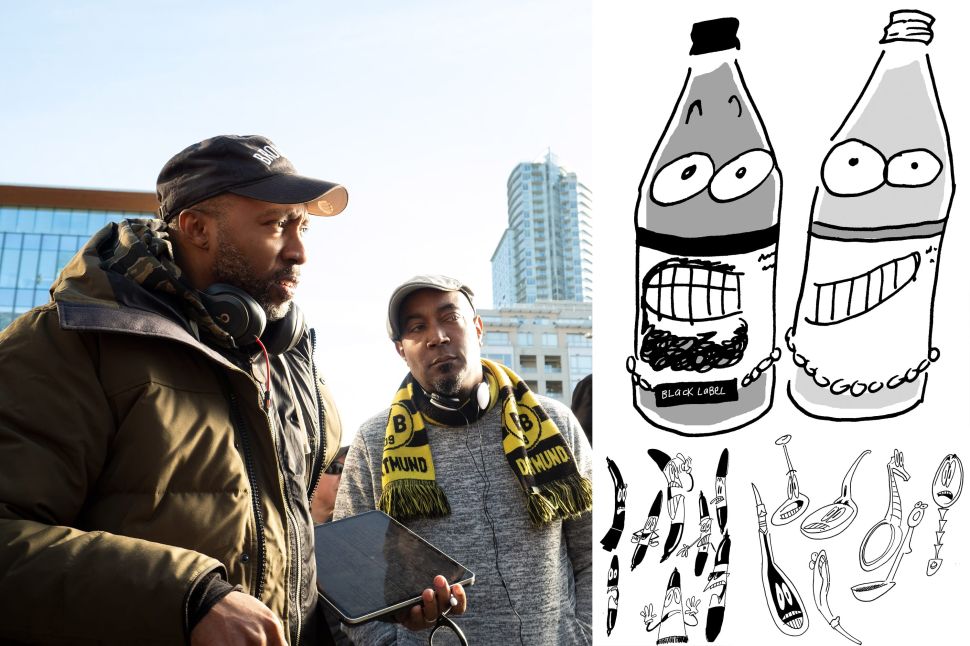