The world’s first passenger plane powered by hydrogen fuel cells took to the sky on Thursday in the U.K., marking a key step in the global aviation industry’s transition from fossil fuel to zero-emission energy sources.

A six-seater Piper M-ass aircraft made by British aerospace startup ZeroAvia completed a taxi, take-off, full pattern circuit and landing at the company’s R&D site at Cranfield Airport about 50 miles north of London.

The company said the flight is the world’s first trip of a commercial-grade aircraft powered by hydrogen fuel cells. “While some experimental aircraft have flown using hydrogen fuel cells as a power source, the size of this commercially available aircraft shows that paying passengers could be boarding a truly zero-emission flight very soon,” ZeroAvia CEO Val Miftakhov said in a statement.

ZeroAvia’s maiden hydrogen flight is part of the HyFlyer project, a multi-company effort backed by the U.K. government aiming to decarbonise medium-range small passenger aircraft. In June, the same Piper M-ass aircraft completed a battery-powered test flight. ZeroAvia’s next target is to extend the flying range to 250 miles by the end of the year. That will be sufficient to cover popular air routes between major cities, such as New York to Boston and Los Angeles to San Francisco.

“We all want the aviation industry to come back after the pandemic on a firm footing to be able to move to a net zero future, with a green recovery,” Miftakhov said. “That will not be possible without realistic, commercial options for zero emission flight, something we will bring to market as early as 2023.”

Hydrogen fuel cells offers the same environmental benefits of batteries, but has a much higher energy-to-weight ratio, making it an ideal energy source for commercial operations. The technology has been gaining momentum in the U.S. automobile industry in recent years, also skeptics, including battery EV pioneer Tesla, have questioned its scalability.

Earlier this week, European aerospace giant Airbus released three hydrogen-fueled concept planes, the largest of which can carry up to 200 passengers. Airbus estimates they could enter service by 2035. 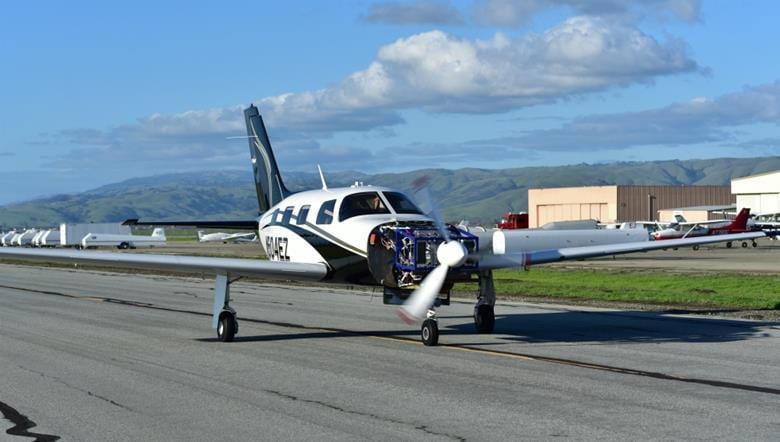